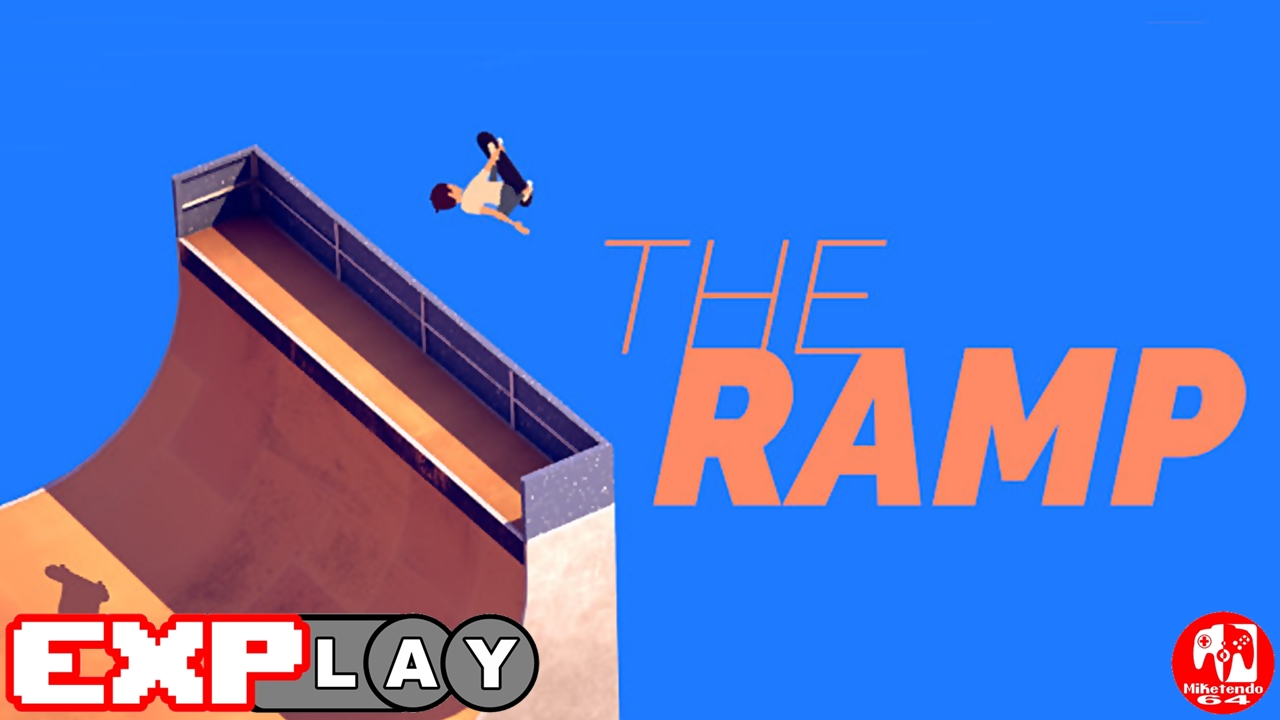 Welcome to EXPlay, (Explain & Play) the review series where we care not for scores but tell it how it is when it comes to every game we get our hands on, whilst also taking the time to include some lengthy gameplay, to give you the reader, the chance to shape your own impressions and views whilst watching and reading. In this installment, we’re covering The Ramp by developer Hyperparadise.

The Ramp: (The Explanation)

The Ramp is a skateboarding simulation game developed by Hyperparadise and published by Coatsink for Nintendo Switch (with the port being handled by Stage Clear Studios). The game released on Steam back in August 2021 and received pretty positive reviews even though it is quite a small game. The developer acknowledges this and states that The Ramp is not so much a game but rather a digital toy.

So, what does that mean exactly? Well, The Ramp is very simple in its design and gameplay. You control a skateboarder and you launch them off ramps in order to perform tricks. That is, it. There are no points to be earned from performing stunts, there is no time limit ticking down to zero. You just go from one side of the ramp to the other, perform a trick in the air, land, rinse, repeat. If you mess up a landing or crash haplessly into the floor, you can simply press A to respawn and get back to catching air and pulling off tricks.

The Ramp is not big on content at all nor is it meant to be. The four different stages are your lot but each one offers a different layout. The first stage is your basic half pipe. The second stage is an empty swimming pool. The third is a skate park with two areas separated by a tunnel and the fourth is just one massive ramp that ends with a half pipe on the other end. I will just add that you can change your character’s appearance with a choice of four styles.

There is very little else to expand on your gameplay experience but The Ramp is not a game where you sink countless hours into. It is a quirky title that you will come back to every now and again to let off some steam. When you become more familiar with the controls, there is a hardcore mode that takes off the training wheels so to speak. Essentially, the game is more lenient to how you land when playing normally. On Hardcore mode, you have to readjust yourself manually and you are more likely to fall over if you don’t line yourself up just right.

To sum up, The Ramp is a game that you can pick up and play (and put down) whenever you feel like it. There are no huge explosions, gunfights or high-octane action to get your blood pressure up. It is just a simple skateboarding game that is actually rather therapeutic to play and surprisingly chill.

The Ramp: (The Gameplay)