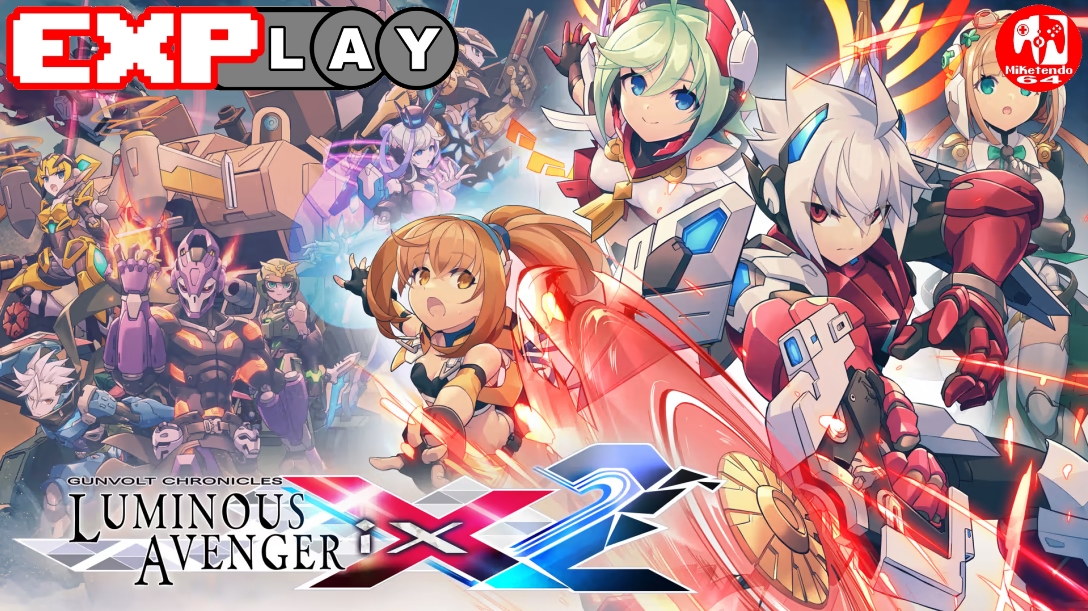 Welcome to EXPlay, (Explain & Play) the review series where we care not for scores but tell it how it is when it comes to every game we get our hands on, whilst also taking the time to include some lengthy gameplay, to give you the reader, the chance to shape your own impressions and views whilst watching and reading. In this instalment, we’re covering Gunvolt Chronicles: Luminous Avenger iX 2 by developer Inti Creates.

First served up as an arch-rival to Gunvolt, the protagonist of the Azure Striker Gunvolt series of games, Copen is back and his story is far from over. Having already been the main protagonist to 2019’s spin-off title, Gunvolt Chronicles: Luminous Avenger iX, Inti Creates are back on the scene with yet another unexpected sequel and as always, plenty of fun and adventure await.

Ever the keen scientist and researcher, Copen is all set to research lands unknown. When he finds himself in said lands unknown, Copen must traverse a desert before he can scale a perplexing tower that may or may not, hold the key for him to return home. Whatever the case may be with friends new (Null) and old (Lola and Kohaku) by his side and many Gravekeepers to battle against, anything can happen and Copen is more than ready for it.

As we have come to expect from 2D action games by Inti Creates, Gunvolt Chronicles: Luminous Avenger iX 2 is their latest piece of art in what demonstrated what pixelated games could and should be. Case in point being the many different terrains and locations players can expect to traverse in their quest as they explore, gather Bonus Emblems, take down Security Bots, and all bosses they meet along the way.

Still, the truly impressive feat at play does not solely rest in the game’s impressive visuals, but in the gameplay itself. Like any good sequel, Gunvolt Chronicles: Luminous Avenger iX 2 takes all that was right with the previous game and expands on all of it, which includes making the already fast-paced gameplay, feel even faster. Be it switching EX Weapons, dashing through the air attacking enemies, or just shooting everything you see, it all feels silky smooth and highly engaging.

One new feature certainly worth a mention, however, is the fact that Gunvolt Chronicles: Luminous Avenger iX 2 introduces English voice acting to the Gunvolt series and while Copen’s voice seems a little more mature than one would expect, there is no denying a stellar cast is at play, especially when many of those involved have worked on Nintendo games and IPs (Alejandro Saab, Cassandra Lee Morris and Kira Buckland to name a few). The English voices are an excellent addition and we can’t help but hope it is one that certainly sticks the landing in future Gunvolt games.

Inti Creates were already spoiling fans this year with the eventual release of Azure Striker Gunvolt 3, and now they’ve spoiled us more so. Copen always was an engaging character and Gunvolt Chronicles: Luminous Avenger iX 2 is continued proof that Inti Creates were wise to devote so much time and effort into developing Copen’s story, whilst also further demonstrating that when it comes to 2D games, they are true masters of the pixel arts. The true icing on the cake, English voice acting, which coupled with everything else, fully warrants this game being added to one’s library.