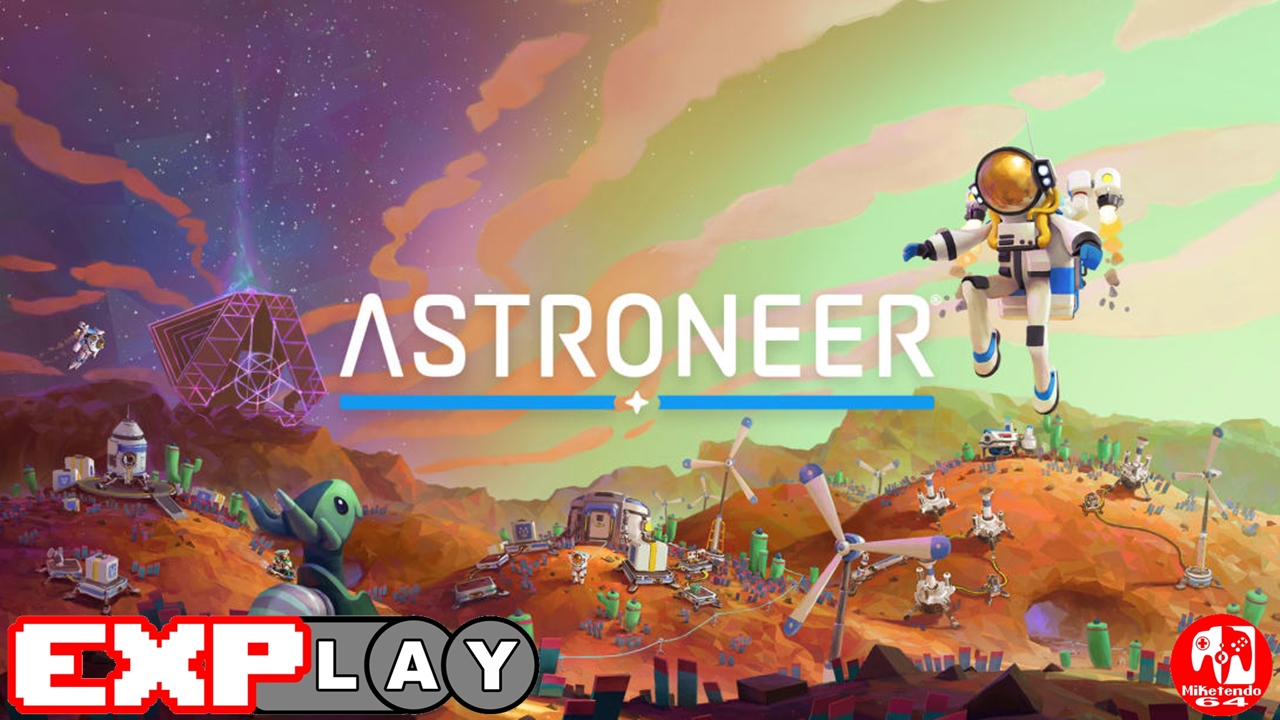 Welcome to EXPlay, (Explain & Play) the review series where we care not for scores but tell it how it is when it comes to every game we get our hands on, whilst also taking the time to include some lengthy gameplay, to give you the reader, the chance to shape your own impressions and views whilst watching and reading. In this installment, we’re covering Astroneer by developer System Era Softworks.

Astroneer was originally released into early access in December 2016 before a full release in 2019 to PC and other consoles. Now in 2022 we finally get to jump into the game and scavenge the planet we drop into for crafting items. There are two main modes in the campaign or main game and a creative mode that lets you play around without the missions similar to the main game.

The main game drops you into an uninhabited planet with very little in terms of supplies. You have a main hub shelter called a hab along with a random bit of items to help get you started. Depending on your initial items gained you may find yourself having to work closer to your hab gathering items before venturing further out. I played three different 30-60 minutes of the initial hour of the game and enjoyed the randomness of where I would get placed as well as the planet and its varying resources.

Astroneer plays similarly to other resource-gathering games like Minecraft, Dragon Quest Builders, and Subnautica. Your main item in Astroneer is your mining gun which allows you to vacuum up items like greenery, minerals, clay, and others. As you gather the items you will need to find a set amount that completes a core which can be used then in conjunction with other cores to then create items with your 3D printer.

The main idea of Astroneer, at least in the opening hours, is to stay connected to your hab and the power source using tethers. You can create more tethers to help you expand out in the world around you, but creating them will require resources. Tethers are required since your astronaut will need to maintain their oxygen level while traversing the world.

Having a large set of tethers will allow you to go further and longer and allow you to collect more resources. Along your journey, you will need to pick up research items to learn new crafting abilities to help stretch your overall hab location and move to find other locations as well.

In my short time with the game, I really enjoyed the light-hearted survival item gathering game that is Astroneer. There were only a few times I died, though I was reset to my hab with the ability to recover my lost items if I came across my backpack in the world.

The HUD is basically non-existent as many of the things you need in regards to helping you through the world are found subtly on your backpack. Your power level is shown in yellow vertically bars, your oxygen in blue, and as you move around you can snap your cursor to places that you can interact with. Menu items are large enough and easily readable, though the initial start of the game does leave you a little bit wondering what you need to do next and how to get started.

If you are looking for a new game on the Switch that gives you the freedom to roam a huge planet, then I implore you to give Astoneer a try. And if you want to follow me on Twitter @jonathanober and jump into a co-op session let me know. Hopefully, we can connect in the near future.