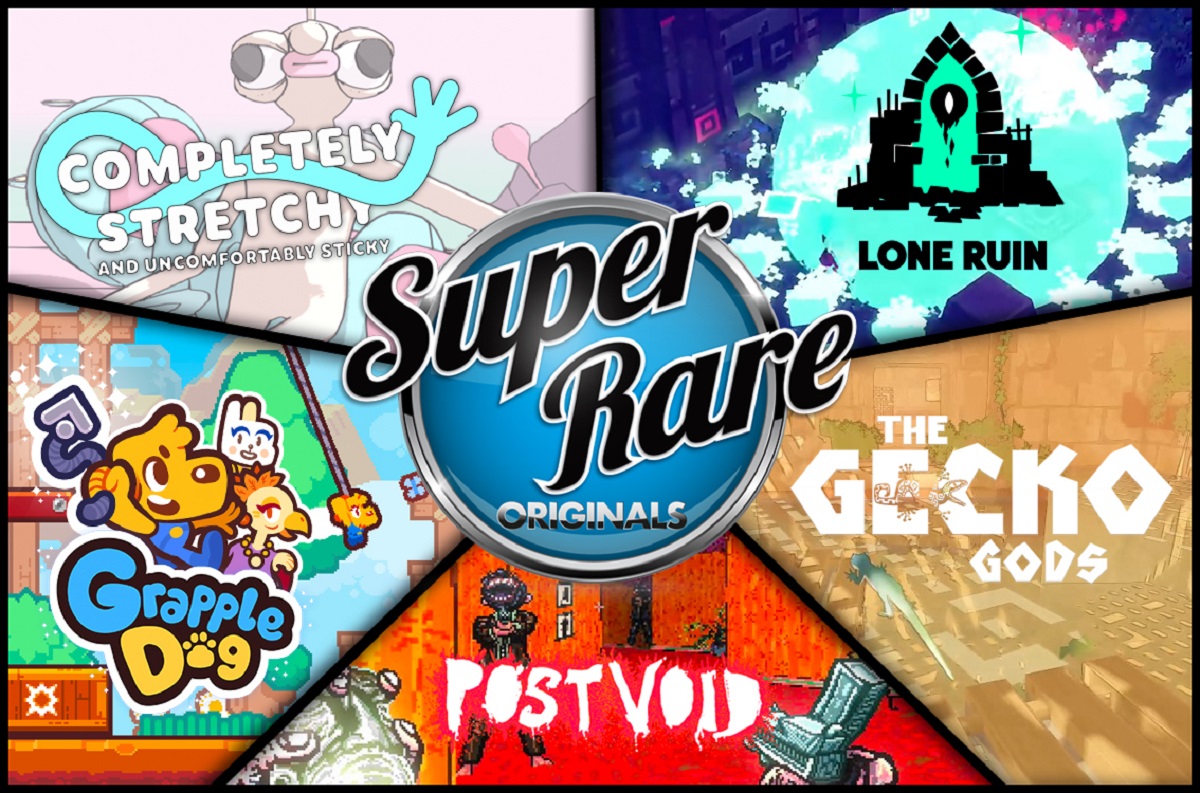 Super Rare Games has announced that they have begun a new publishing label that is directly focused at Indie games. The publishing label aims to publish indies games across multiple platforms including consoles and PC. They have already announced their initial lineup and have plenty more games on the way.

We reached out to Ryan Brown, the head of saying stuff, at Super Rare Games to enquire more about Super Rare Originals and he was all too happy to answer our questions and give us some super extensive answers.

Miketendo64: You have recently announced Super Rare Originals, a new publishing label. Can you tell us a little bit about it?

Ryan: Sure. So, basically, we are mostly well known for our physical line up of Switch games. We’ve been doing that for four years. Over those four years, we have worked with hundreds of developers and spoken to hundreds more, across everything we have been doing with the mixtape and what we did with Super Rare Shorts.

We have really got a super informed handle on what indie publishing is like. We are in a really stable position and so we thought now is the time to start this publishing label. It is something we have always wanted to do. Like everything at Super Rare, it is completely led by passion. George Perkins is literally like “I really want to work on games,” and that is why we do it.

It is almost impossible to convince people that the reason you are doing something or the reason a business is doing something isn’t money led and I am sure that I am not going to convince people otherwise. I am just going to tell you from the bottom of my heart, and it warms me that it is the case, that it really isn’t our motivation here at Super Rare Games. Becoming Millionaires is not really something we are motivated by. Our currency we earn from our game’s physical label sustains us. It’s our wages and we are happy with that.

We just want to work on really cool games with really cool people and feel fulfilled and Super Rare Originals is a part of that, which is awesome.

Miketendo64: You have currently got five games already under the new publishing label. How did you come about selecting these five as your opening line up?

Ryan: We have actually signed more than five but are only announcing five for the moment. How we selected the five we are announcing is literally just based on variety and the timing that works with some of the games. I don’t want to say too much because I don’t want to spoil what the other games are. I can assure that if you like the quality of the five we have just shown, you are going to get that with the others as well.

We only sign games that we personally feel passionate about. Games we personally love and like to play. Even if we pitched for these games and we didn’t get them, you can guarantee that we will be there day one playing them if someone else published them. These are games that we have pure, pure love for. It’s just amazing to see them be developed and all the production that goes on at our side because I want to play them. I want to play them now! We are all just really looking forward to playing these games.

How we go about publishing these games is we basically see them online as we are very involved in the indie games’ community. We see games online and we reach out. It is as simple as that. We see how we go from there and if it all goes along and we can help them. That is what it is all about, we want to help indie developers and if we can help them, that’s great and the partnership makes sense.

Miketendo64: Will this publishing label only be for digital distribution or will you be providing physical releases for these games as well?

Ryan: Super Rare Originals is a digital publishing label for consoles and PC, However, we are obviously well known for physical releases, both as a business and on a personal side, the preservation of video games in physical form is something we are very vocal about and genuinely passionate about.

We have nothing to announce at the moment but as George recently said one day in the office “If Nutella suddenly started making crepes, would they put Nutella in their crepes?” I would leave it at that.

What does this mean for your Super Rare Games Switch releases? Will they continue or will they be merged into this new publishing label?

Now, of course, our Switch Releases are going to continue. We are super, hyper passionate about. It’s the core of our business and even on a pure business level, if people are worried about what’s in it for them, it (physical releases) is what pays our wages. We are also collectors ourselves. Before we started this company and before we worked at this company, we were physical game collectors. We are extremely passionate about physical Switch games and collecting for the Switch. The physical releases are not going anywhere, I guarantee you. In fact, we have actually hired new people to boost our team even more and focus on our physical Switch releases so it is not going anywhere.

Will you be actively seeking new indie developers to join the Super Rare Originals publishing label or is there a way for upcoming indie devs to contact you so you can discuss signing them up?

The answer is both. We will be actively seeking new developers and looking for new things. We catch a lot of what is posted online. A huge shoutout to all the developers that use the #IndieDev, #ScreenshotSaturday, all that good stuff. We are on it and looking at everything. We will continue to reach out to developers and pitch on our own accord.

However, we are definitely up for indie developers contacting us and discussing on that end. They can do so by emailing george@superraregames.com and we can go from there. Whatever the development stage a game is in, we are up for talking.

Will this be a good alternative for indie devs as opposed to Kickstarter? If the devs sign up to join your publishing label, will they receive necessary resources to fund their game development?

Absolutely! This is a fantastic opportunity for indie devs. We are an “Indies First, Indies Focused” publisher. What I mean by that is, historically by publishers, the power dynamic is very much in the publisher’s favour. That has never seemed right. These games are primarily built by the developer. It is their baby, their passion, and they are the boss. That is how it should be and that is how it is with us. We are very indie first; indie focused publisher and we really hope to push that sort of change in the industry.

Of course, we have all of the resources necessary that anyone would need for a publisher and we can take a lot of the weight off a developer. We do all the publishing stuff. Talk to all the platform holders like Sony, Nintendo, Xbox, Steam, etc. We have really good relationships with all those companies. We can handle post launch stuff like the things that people don’t really want to have to deal with, like bundle deals for example.

We also have really good marketing; we know everyone basically. We have our own internal QA. We have just hired a Producer and Jason Perkins who was the founder of Curve Digital. We are very resource strong and what we do not have internally, we know people around the industry. We are very well connected and can get in touch and sort it out on behalf of the developer. Things like translation (Localization) for example. Anything we don’t have internally; we can source it elsewhere. Our job is to have a bespoke system in place where developers who want to work with us can and we will do what you need us to do.

What is the difference between the new Super Rare Originals and previously revealed Super Rare Shorts?

The idea for Super Rare Shorts is that we would take games that other publishers simply wouldn’t be able to publish because they wouldn’t be financially viable. These are games that would otherwise wouldn’t have been made and we gave them physical only versions on the Nintendo Switch. Just for preservation’s sake, we give them IO releases at a later date. We have recently released Heavens Machine. I’m super proud of that game. Incredibly proud to have helped the developer with a cash boost so they can continue to make awesome games. It is a fun game that we feel really passionate about. We are so lucky to have worked on it and we are really proud of it.

At the moment, we have no plans for more Super Rare Shorts. We don’t currently have any in the pipeline but the maybe some more in the near future as and when the opportunity presents itself.

So Super Rare Originals are the sort of games that have big commercial possibilities on all platforms, both digitally and physically.

Thank you so much Ryan for joining us for this interview. You are a legend as always and it is always great to be able to talk with people that are as enthusiastic about video games and indie games as we are.

To everyone who has read this interview, we thank you for doing so and hope that Ryan’s answers have answered some of your own questions about the Super Rare Originals publishing label. If you are an indie developer yourself looking for help with your publishing own game, do be sure to get in touch with the incredible folks over at Super Rare Games.