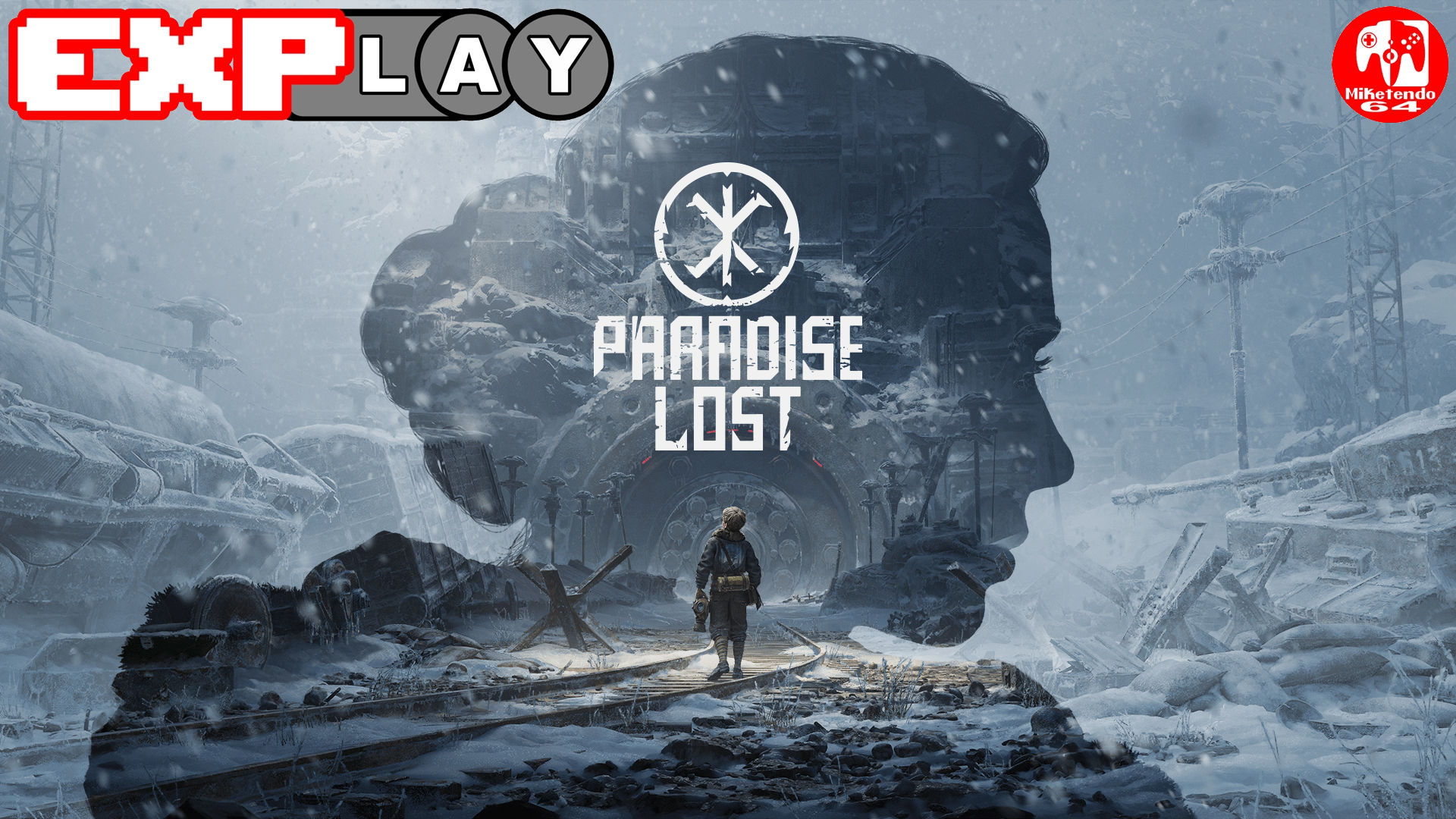 Welcome to EXPlay, (Explain & Play) the review series where we care not for scores but tell it how it is when it comes to every game we get our hands on, whilst also taking the time to include some lengthy gameplay, to give you the reader, the chance to shape your own impressions and views whilst watching and reading. In this installment, we’re covering Paradise Lost by developer PolyAmorous.

Paradise Lost is a walking simulator-style game recently released on the Nintendo Switch. The game is set in an alternative history where WWII had gone for over 20 years. The Nazis destroyed much of Europe in a nuclear war. In Paradise Lost, you control Szymon, a young boy who is looking for his mother and trying to uncover a mystery of a man he found in a photo next to her in the bunker.

You begin Paradise Lost in an underground area that turns out to be a Nazi bunker and underground system of train tracks. Paradise Lost is told through linear chapters which advance through the five steps of grief and loss. By reaching certain areas in the game and completing puzzles you will advance the story. There’s not much in terms of backtracking in the game, unlike a recently reviewed game “The Suicide of Rachel Foster”, which helps to streamline the total experience and gameplay.

Visually, Paradise Lost is a miss for me. On The Switch, the game has that vaseline-like glossy smear to it that makes environments and items within the environment look fake. The colors are mostly bland and vary from whites, grays, blacks, and browns. Since Paradise Lost is a linear game path in the game doesn’t allow for much free-roaming or deviation off of the main path. This allows for the environments you do a walkthrough to be detailed, but backgrounds lack the depth and impact of a more realized world.

Early in the game, you come across another character, Ewa, who seems to be stuck inside an observation room. Once you meet with her, she will help you along your path as your eyes in the sky using cameras in the observation room.

My initial thoughts on Paradise Lost are that the game has a unique mystery that you are out to solve but ultimately fails in a game that is muddied by a lack in graphics. There were a few times I experienced frame lagging and stutters which didn’t break my immersion, but at one point I thought the game had frozen.

Your enjoyment in Paradise Lost will depend on how much you enjoy walking-simulator mystery games. If you liked Firewatch or The Suicide of Rachel Foster you may enjoy this game, though I can only half-heartedly recommend it due to its overall lack of polish.