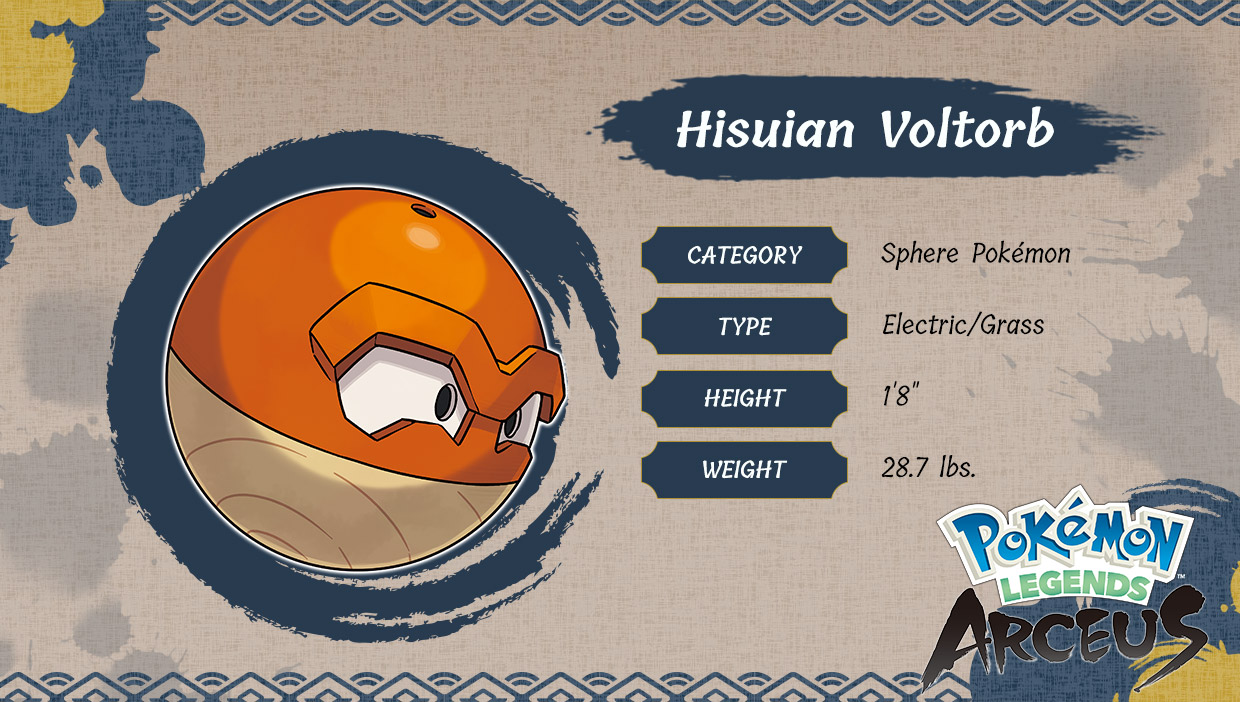 After being rumoured and leaked for the last few months and then outright teased yesterday, The Pokémon Company has at last revealed Hisuian Voltorb for Pokémon Legends: Arceus and this regional variant looks utterly adorable. Given an Electric/Grass typing, the Hisuian Voltorb looks more friendly than its Kantonian counterpart and we’ve got the shocking introductory video for you all to enjoy below:

Hisuian Voltorb looks very similar to the Poké Balls of the Hisui region. This Pokémon is always in high spirits and has a friendly personality. However, it discharges its stored electricity when it gets excited, so it frequently shocks nearby humans and Pokémon.