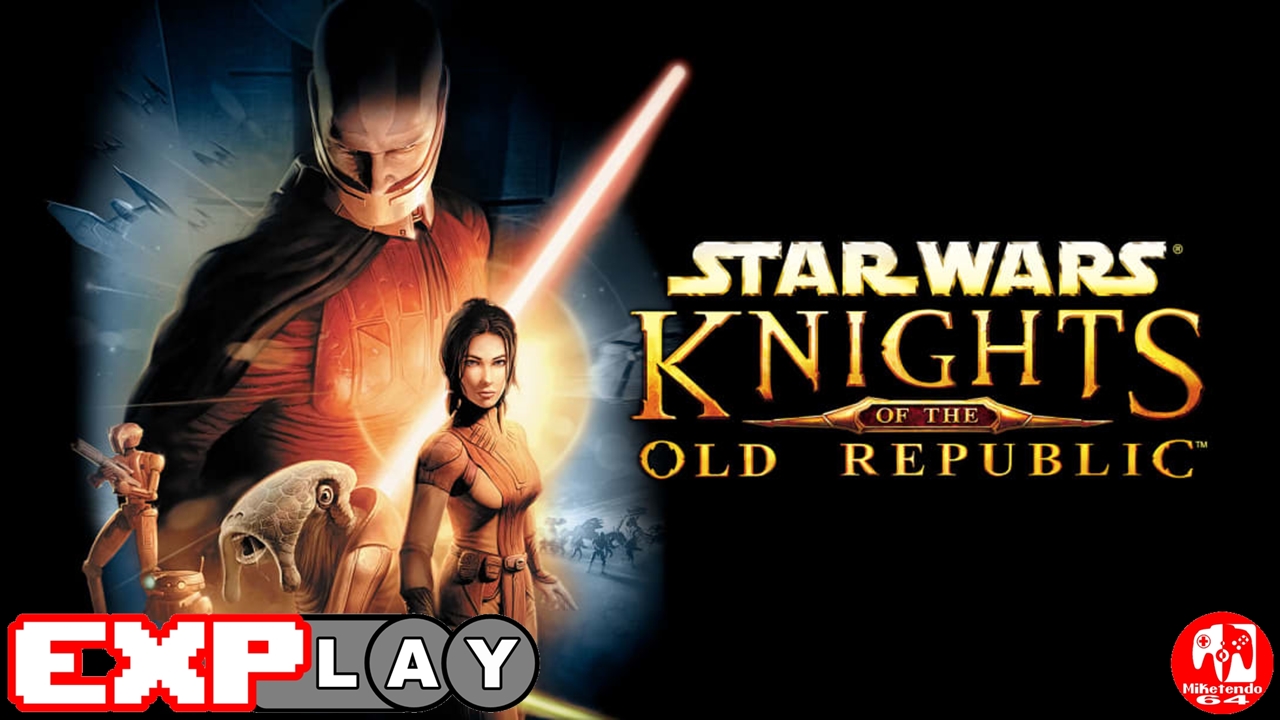 Welcome to EXPlay, (Explain & Play) the review series where we care not for scores but tell it how it is when it comes to every game we get our hands on, whilst also taking the time to include some lengthy gameplay, to give you the reader, the chance to shape your own impressions and views whilst watching and reading. In this installment, we’re covering Star Wars: Knights Of The Old Republic by developer Aspyr.

Star Wars: Knights Of The Old Republic: (The Explanation)

Star Wars: Knights Of The Old Republic is a third-person, role-playing adventure game that was originally developed by Bioware and published by LucasArts. It first released back in 2003 for the Xbox and has now been given a new lease of life 18 years later on the Nintendo Switch, thanks to Aspyr.

The game is set 4,000 years before the rise of the Galactic Empire and the events of the films. The Republic is on the verge of collapse as a Sith Lord Darth Malak has unleashed an unstoppable armada bring down the Republic and dismantle the Jedi Order. As the Jedi Order becomes scattered throughout the galaxy due to many Jedi Knights falling in battle, some succumb to the lure of the dark side and swear allegiance to Darth Malak.

You take on the role of either a male or female protagonist and have the option of three classes to choose from: Soldier, Scout, or Scoundrel. You can further customize your avatar with either Quick Character or Custom Character. The Quick Character set up will allow you to chose who your character looks with a selection of pre-rendered character models and with an optimized set of skills and traits you setup with an optimized set of skills and traits away you go. In Custom Character setup, you can choose how your character looks and then you can manually adjust the skills and traits to your preference by distributing the alloted amount of skill points.

Once your character is all set up, it is time to begin your great big adventure in the Star Wars Universe. The gameplay is a mix of exploration and what I like to call “semi-turn-based combat” What I mean by this is that you when you engage in combat, you and the enemy will take it in turns to hurt each other. Attack is the default means of attack and your character will attack the enemy automatically unless another command is issued. If you use another command like a skill or a grenade, it will be added to a sort of waiting list until your last command has finished.

The combat gameplay in Star Wars: Knights Of The Old Republic uses the d20 system like that of role-playing board games (like Dungeons and Dragons). It is certainly a different concept that I am use to in most role-playing games but you can adjust the settings to make the combat feel more like it is happening in real-time as opposed to the stop and start of turn-based combat.

More familiar concepts that I am used to are that you can befriend some characters to join your party and have them fight alongside you as well as earn experience and level up. While you can have up to nine characters including a Wookie and a Twi’lek join your party, you can only use your avatar and two other companions to join you in active exploration and combat. You can swap between characters as you explore or engage in combat but will often default back to your avatar after story cutscenes or after speaking with NPC’s.

As you engage with certain NPC’s or complete actions (like killing enemies or saving other characters), you can earn experience. When you have earned enough, you will be able to level up your character(s) (those in your party can also earn experience and level up). As you level your characters up, you can make them stronger and acquire attribute points that you can distribute upon your skills and traits to improve upon them.

Star Wars: Knights Of The Old Republic is most definitely a blast from the past that many gamers may have found memories of. As someone who has played a number of Star Wars games over the years, I can’t say that this particular game is on my list of favourites (Star Wars Episode One – Racer and Star Wars: Rogue Squadron for example).

Star Wars: Knights Of The Old Republic isn’t a bad game by any means, but it does require time to be invested in it in order to fully experience and appreciate the game. If you enjoy the expanded lore of the Star Wars franchise then $16 is worth a punt to play this classic game on Nintendo Switch.

Star Wars: Knights Of The Old Republic: (The Gameplay)