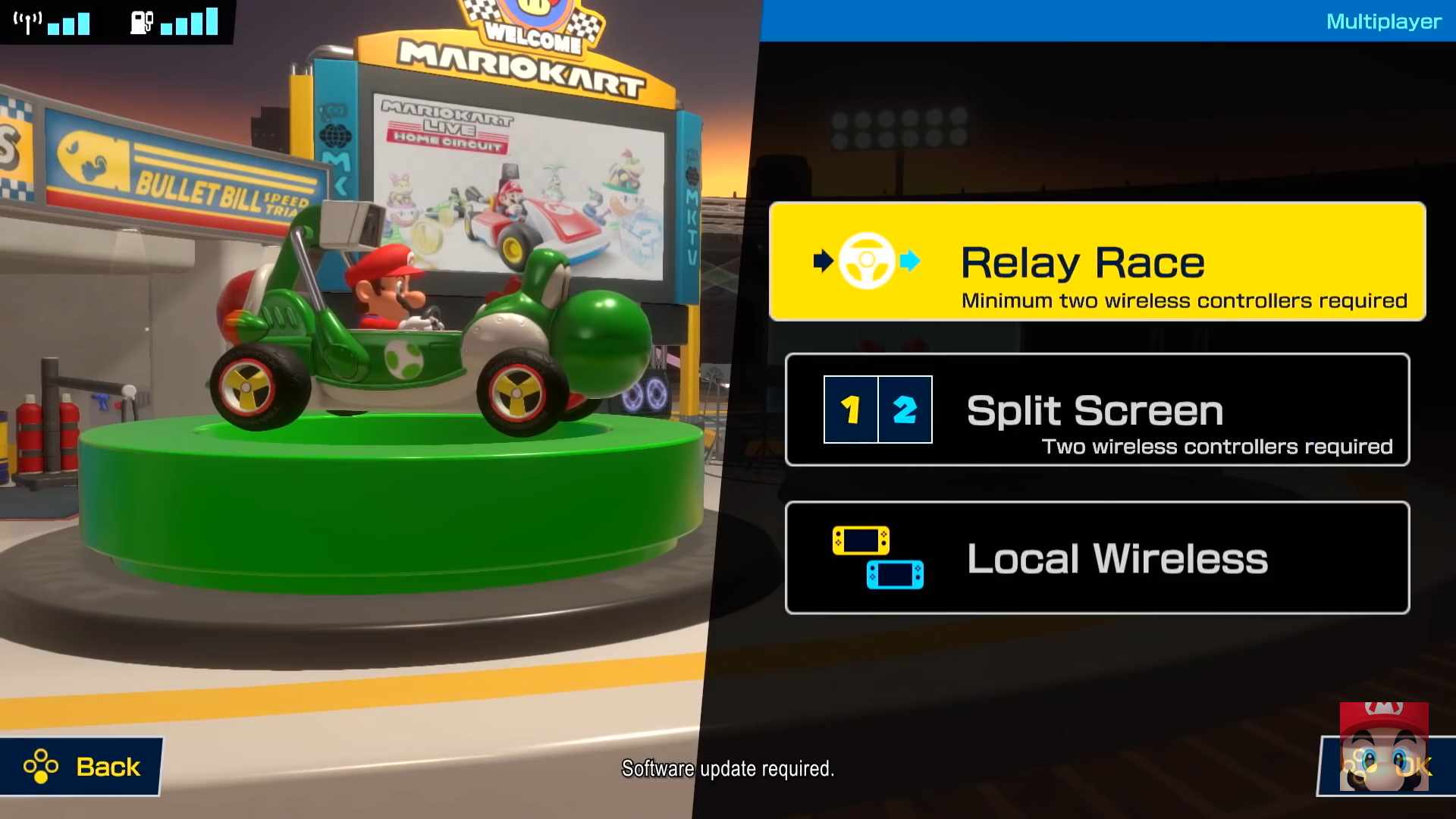 Nintendo has announced that Mario Kart Live: Home Circuit has just received a new “2.0 Update” that adds new features to the game. First up is 2-player splitscreen multiplayer where two players can play with two karts on one Nintendo Switch (two wireless controllers ars also required).

Next up is a brand new game mode called Relay. In Relay, up to four players can take it in turns to control the kart around one lap of the circuit. Before the race, players can choose a character to play as including Mario (or Luigi depending on the set you own), Toad, Yoshi, and Princess Peach.

The Mario Kart Live: Home Circuit 2.0 update is available to download for free right now on Nintendo Switch. You can watch the announcement trailer below

But wait… There’s more! A new Luigi Cup Grand Prix has also been added. The Luigi cup comes with three more themes and if you place third or higher, you can unlock the new Poltergust G-00 kart along with the Spooky Horn to go with it.

And there’s more…The Luigi Cup is here!
Enjoy 3 new tracks with this cup:

Plus, finish within 3rd place in the Luigi Cup and unlock the new Poltergust G-00 kart and Spooky Horn. Happy racing! pic.twitter.com/pm2g0bS2qP