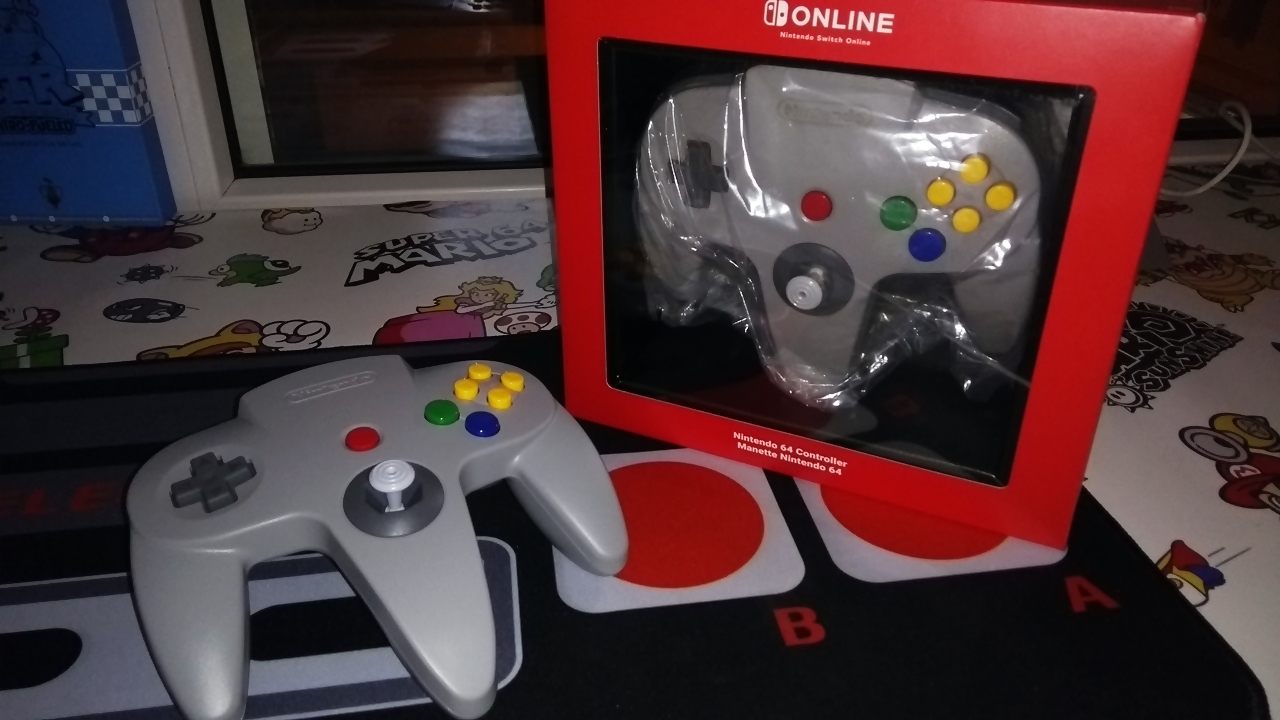 This was a shame as it would have made things a lot easier but nevertheless, I did find some games that work with the Nintendo 64 controller that does not require the use of an X or Y button.

New Super Mario Bros. U Deluxe is another Mario game that can be played with the Nintendo 64 controller. However, you do need to alter the control scheme in-game to make it more suitable. By default, the game uses both A and B buttons to jump and Y and X to dash. You can change this by pausing the game and changing the control settings in the lower right corner of the screen. You can change the control scheme to option 2 and you can then use A to jump and B to dash/use power-ups.

Mario Kart 8 Deluxe is probably the most accessible game to play when it comes to game controllers and the Nintendo 64 Controller is no different. Mario Kart 8 Deluxe doesn’t require the use of the X or Y button and so the Nintendo 64 Controller can easily be used with this game. The Z button operates like the ZL button and can be used to throw/drop items.

Warioware: Get It Together!

Bwahahaha! Why should Mario games get all of the fun? Warioware: Get It Together! can also be played with the Nintendo 64 controller. All of the characters in the game use the joystick to move (or move a cursor) and the A button to use their attack or function. No need for Y or X buttons here and the B button is reduced to being used for canceling or going back on menu screens.

I AM TUROK! Okay, so I am not Turok but I CAN play Turok: Dinosaur Hunter and Turok 2: Seeds of Evil on Nintendo Switch with a Nintendo 64 controller. It is just as well really seeing as both of these games were originally on the Nintendo 64. By default for the Nintendo Switch version, the X and Y Buttons are used but Nightdive Studios have a rather extensive button mapping menu that makes it possible to remap the buttons and play the game how it used to be played on the N64.

Another classic Nintendo 64 game that has been remastered for Nintendo Switch by the talented team at Nightdive Studios. DOOM 64 is also playable with the Nintendo 64 Controller but, like with the Turok games, some customization with the button mapping is required to make sure you can utilize the N64 controller fully. Once you make the necessary adjustments, you’ll be good to go!

Thank you for reading and until next time, Keep On Gaming!