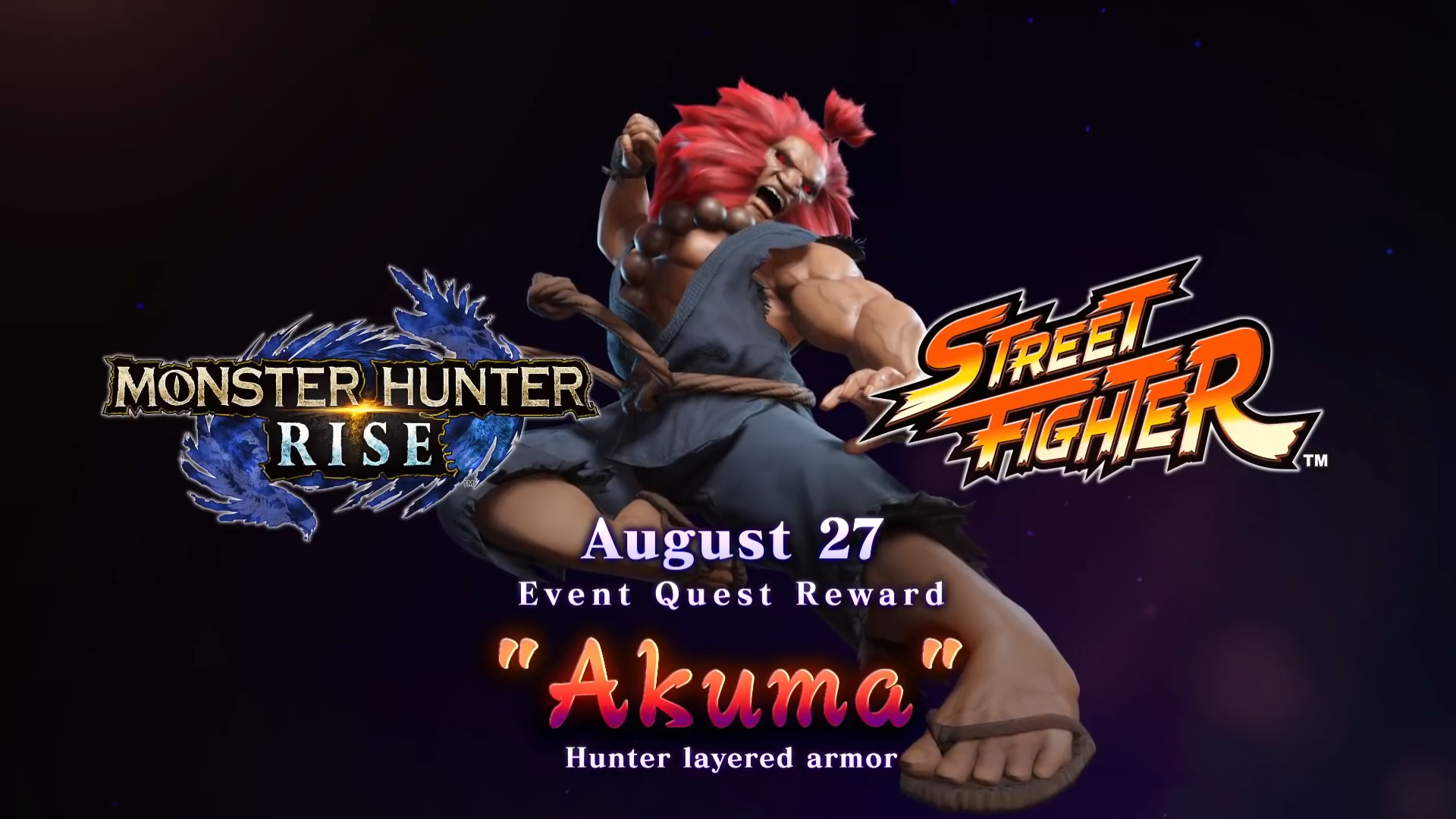 Monster Hunter Rise players get ready as the next Capcom Collab is introducing a Street Fighter rep and it isn’t Ryu. It is in fact the mighty Akuma himself. The Akuma Layered Armor Event will be live on August 27 and players who successfully complete the event will be able to forge the Akuma Armor for their hunter. As an added bonus, when the sword and shield are equipped, they will be invisible so it looks like Akuma is fighting with his fists. Other weapons will be visible when used though.