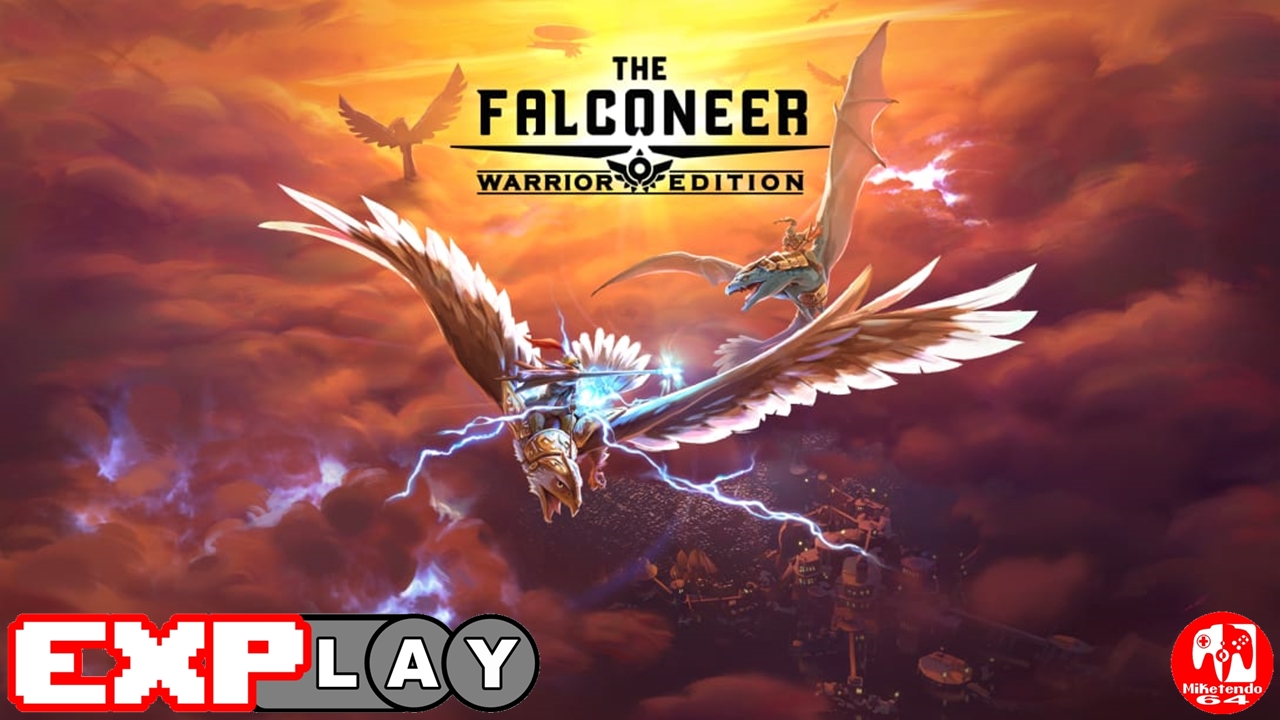 Welcome to EXPlay, (Explain & Play) the review series where we care not for scores but tell it how it is when it comes to every game we get our hands on, whilst also taking the time to include some lengthy gameplay, to give you the reader, the chance to shape your own impressions and views whilst watching and reading. In this installment, we’re covering The Falconeer: Warrior Edition by developer Tomas Sala.

The Falconeer: Warrior Edition: (The Explanation)

The Falconeer debuted originally in November of 2020 on Xbox, and has recently launched on Sony’s Playstation and Nintendo Switch as The Falconeer: Warrior Edition. The game puts you in the saddle of flying either a falcon, a dragon-like beast, and other types of flying animals. You come from a small tribe in Dunkle and must work to help aid others along the way in Ursee.

As you fly from island to island you may be tasked with taking down enemy factions to gain the upperhand in an area, or need to escort a ship or cargo supply from point A to point B. In between each mission you will see a lot of water and varied rock formations and islands. There are occasionally whales that will breach the water’s surface as well as fish you see swimming around you that add to the atmosphere.

As you take to the skies you control your falconeer by directing them with the left control stick. You can fire your main weapon with ZR. As you upgrade your weapons their range and power increase, which helps to take down stronger enemies and larger groups of them. Occasionally you come across bombs which you can pick up by flying over them and drop them using R.

This maneuver will help you take down larger pirate ships that may be in your pathway or towers which house defensive turrets. Y and A let you lock on to primary and secondary targets which can be helpful in the heat of battle to determine which enemy to face next. L shoulder lets you dodge with as well as dash if you press left or right on the control stick. The X button will unleash your pyro and special pots you have equipped for battle.

The basic moment to moment gameplay sees you taking on main story missions or side missions to advance the story and gain currency to spend on upgrades. The upgrades add to your falconeers abilities, performance, and weapons. Each chapter has several main story missions which need to be completed in a succinct order. The side quest can be handled out of order, though I felt the repetitive nature of them made gameplay feel a bit bland after a while.

Working through the missions and side quest awards you money you can use to upgrade your falconeer which, allows you to carry better weapons, bombs, and more. It’s vital that you spend some time upgrading as well, since the further along in the game you are the more intense the aerial combat can be.

Visually, The Falconeer: Warrior Editon looks great on the Nintendo Switch. The water effects look great, and the sounds of the serene ocean waves as they beat against the islands sets the mood. It’s a good thing there is decent music since the game has a lot of eventless travelling from one point to another. And that is just as true in real life if ever anyone has been caught adrift at sea can relate to, maybe minus the birds shooting at you and pirate ships. It is a whole lot of blue and little to do.

The Falconeer: Warrior Edition: (The Gameplay)