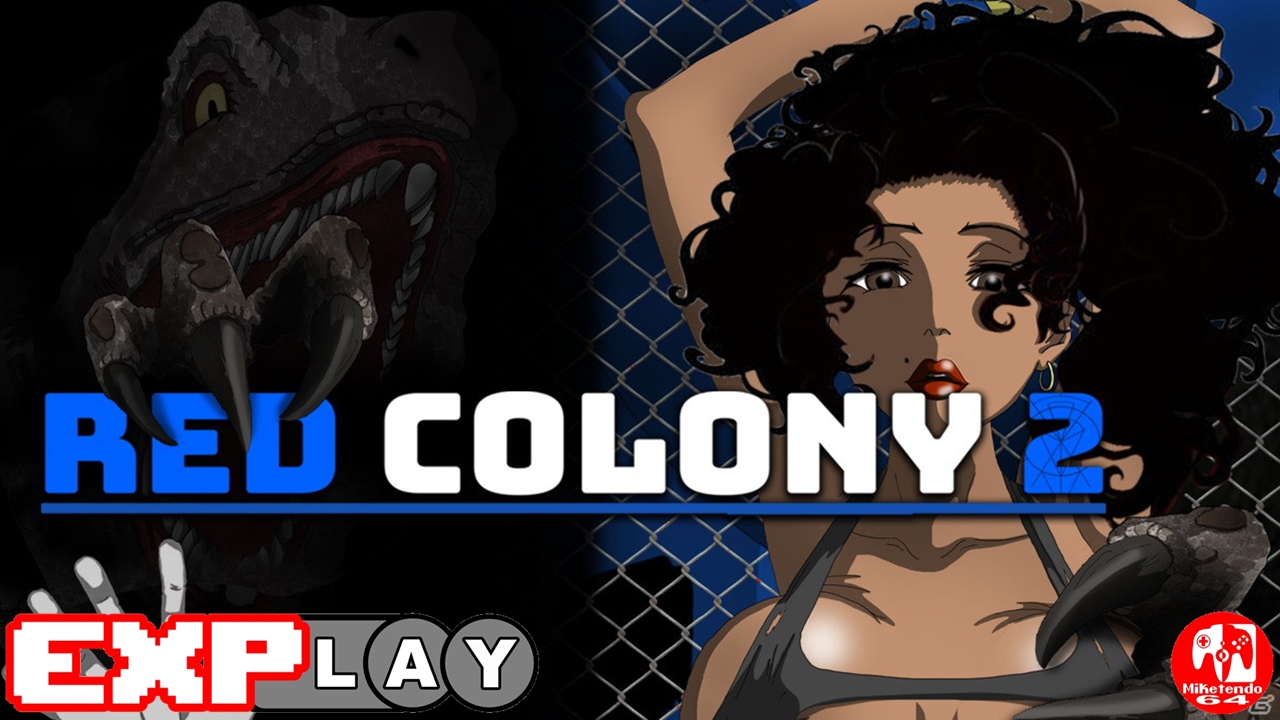 Welcome to EXPlay, (Explain & Play) the review series where we care not for scores but tell it how it is when it comes to every game we get our hands on, whilst also taking the time to include some lengthy gameplay, to give you the reader, the chance to shape your own impressions and views whilst watching and reading. In this installment, we’re covering Red Colony 2 by developer RunicCodes.

Red Colony 2 is a 2D Ecchi Horror drama game inspired by the likes of Resident Evil and Dino Crisis. The game was developed by a single developer by the name of Rune Shimotsuji Storm of RunicCodes. It is the sequel to his previous game Red Colony that follows immediately after the events of the first game.

This time around, we have a new protagonist, a Sex Worker called Nicole who is forced by the government to infiltrate the labs at Red Colony to steal an important artifact. As she does so, a deadly virus breaks out that turns people into zombies and just when she thinks she is safe upon returning to Blue Colony, it seems that things have gotten a whole lot worse.

Nicole lives and works in the slums of Blue Colony known as the Red District. Longing for a better life for her and her daughter, Nicole hoped that by fulfilling the mission for the government, she could finally get a one-way ticket for them both in the luxurious Sky City. However, that was not the case and as soon as she arrived back in Blue Colony, she was knocked out by an unknown woman and the suitcase holding the secret artifact, has been stolen.

Nicole has to think of a new way to get her daughter back who is being held in the prison but its not only zombies and insensitive pimps that she will have to face off against. Oh no, now she has to avoid the newly resurrected dinosaurs too!

The Gameplay of Red Colony 2 follows the same vein as that of the first game. It is a 2D exploration game that requires the player to solve puzzles in order to progress the story and reach the next area. As Nicole, you can walk, run, pick up items, interact with certain objects and talk with NPC’s. You can even arm yourself with four different weapons to help fend off zombie attacks. It is worth considering though that bullets are a finite resource so conservation is key to ultimate survival.

There are three firearms that you can craft to defend yourself but will need to find the necessary cartridges in order use them at a 3D Printer machine. The guns you will keep in your possession for the duration of the game so you won’t have to worry about them breaking and having to print another one. Baseball bats on the other hand, are a different story.

You can’t print out Baseball bats, you can only find them. These are quite strong against Zombies but each bat only has three good swings in it before it breaks. This is due to a lot of players simply using only the knife in the first game and it making the player to OP. the weapon break feature was implemented in Red Colony 2 so players didn’t simply go around swinging the bat at any enemy in their path.

As well as print out weapons and ammo, the 3D printer also allows you to print out three new cosmetics for your wristgear and save your game (providing you have found a Save Card first). There are no autosaves in Red Colony 2 so try to save where you can but do so sparingly as Save Cards are few and far between.

The famous 2DTCT (Tear-Clothes-Technology) makes a welcome return and if you don’t know what that means, don’t worry, I’ll happily tell you. Because Red Colony 2 does not have a typical health HUD display, your character’s wellbeing is represented by how their clothes appear. As Nicole gets attacked by a zombie, her clothes will tear. As they tear more and more, Zombies will eventually be able to get a better grip on Nicole and be able to bite her. Raptors on the other hand, will kill you instantly so your best bet against them is to RUN as fast as you can (in the opposite direction, preferrably)

A lot of the times as you move through each area of the game, you will be required to enter a code, or find a key to open a door. Sometimes, you will even need to find a code to open a safe, that has the key to open a door. It is this kind of gameplay that has kept me enthralled and entertained from start to finish as I scour each area for clues to what each code could be.

To add some extra replayability to the game, there are actually two endings. Which ending you get depends on where you decide to go and it makes the game even more interesting. The cosmetic customization options are also a nice touch to that encourage you to play through extensively in order to unlock all outfits and wrist gear customizations.

Red Colony 2 also went the extra mile to introduce full Japanese voice acting for each of the characters that speak. The first game only went as far as saying character names and the occasional word but this time around, the story feels all the more impactful with the characters feeling more fleshed out. The addition of English and Spanish subtitles do make it easier to understand for those that don’t understand Japanese. Though if you would like the all the more authentic experience, you could opt for Japanese subtitles too!

I have enjoyed Red Colony 2 perhaps even more than the first game and can’t wait to see how the story will continue to develop. The first was pretty great but the sequel manages to improve on the gameplay all the more. If you have yet to play the first game, it isn’t essential to play it before this game. However, you really should pick up both games as they are actually a lot of fun. I mean, its Survival Horror, Zombies, Dinosaurs and Busty Anime Babes? Need I say more?