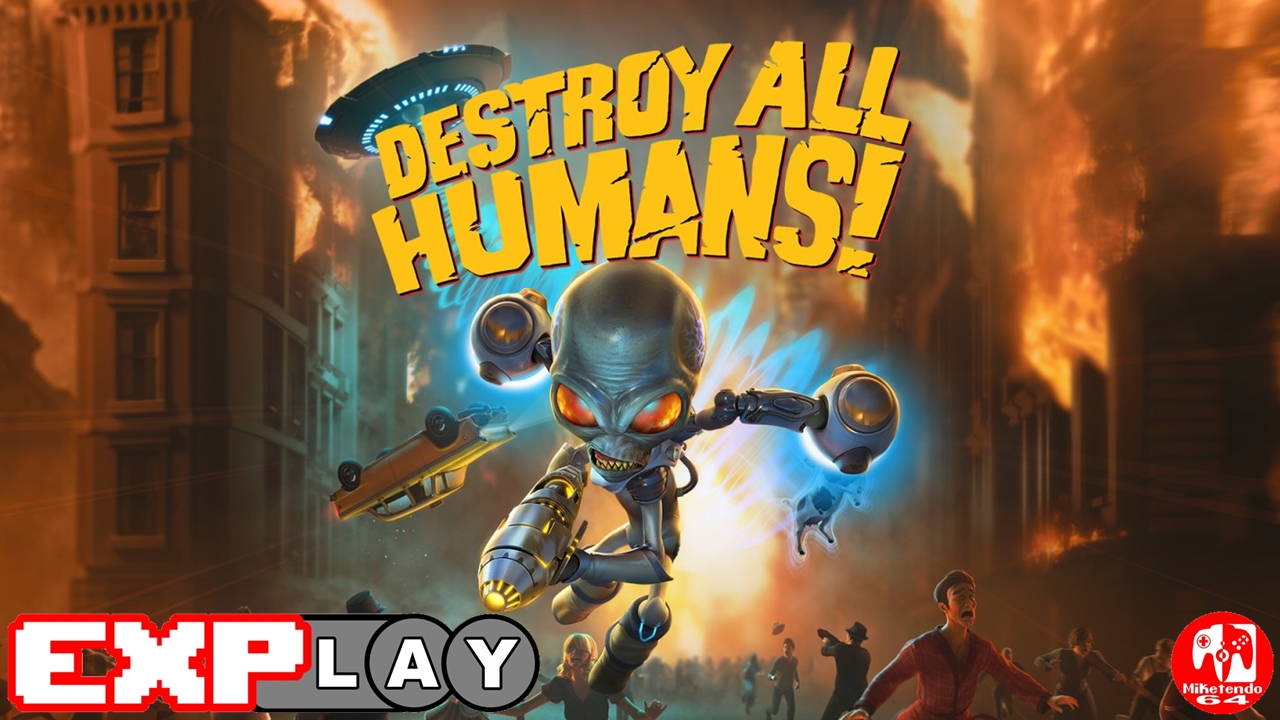 Welcome to EXPlay, (Explain & Play) the review series where we care not for scores but tell it how it is when it comes to every game we get our hands on, whilst also taking the time to include some lengthy gameplay, to give you the reader, the chance to shape your own impressions and views whilst watching and reading. In this installment, we’re covering Destroy All Humans! by developer Black Forest Games.

Destroy All Humans!: (The Explanation)

Destroy All Humans! is a third-person action-adventure game that puts the player in the role of Crypto-137, an evil alien hell-bent on the invasion of Earth and harvesting humans for Furon DNA. The game is a parody of 1950’s invasion movies and takes place during the Cold War era.

The game first released back in 2005 for PS2 and Xbox. It spawned a number of sequels up until 2008 and then simply laid dormant until 2019 when a remake of the game was announced during E3 that year. The game released on multiple platforms in 2020 with the exception of Nintendo Switch but now it has finally invaded the hybrid console along with all previously released Skins DLC.

Destroy All Humans! is made up of a series of missions that task Crypto with a number of objectives. While for the most part, you are tasked with causing wanton destruction and mayhem, there are times where you will need to be stealthy. Crypto can temporarily take on a human’s form but creating a Holobob of them. This is necessary at times in order to access restricted areas as posing as unauthorized personnel will blow your cover and fail the mission.

Though Crypto carries out the invasion on his own, he is aided by another alien called Pox who sits safe and sound in the Mothership and sends commands down to Crypto. Things can get hairy at times for our bald protagonist but sometimes he can really level the playing field when he is aboard his flying saucer. The Flying Saucer has its own Death Ray and can abduct things and throw them as you see fit. It’s protective shields can be worn own over time if hit by projectiles but they can be topped up again by absorbing vehicles like police cars and tanks.

As you pop out Human brains and absorb them or complete objectives, you will earn Furon DNA. You can use them like currency to purchase upgrades for Crypto or his space ship to make them stronger are improve their effeciency. Another way to earn Furon DNA is to complete challenges that can consist of rampages or abduction tasks.

These challenges must be done in an allotted time and require at least a star rank to be a success. Of course, you don’t have to settle for a single star rank though. You can always try again and aim for three but you may want to come back to these when you have upgraded some skills first.

Destroy All Humans! is full of crass humor and Sci-Fi references to tickle your funny bone. The gameplay is pretty solid though it does get hindered by pop-in textures, both during gameplay and cutscenes. Still, with iffy textures aside, I can see why this game was reasonably well received back in 2005 as I am having a absolute blast!