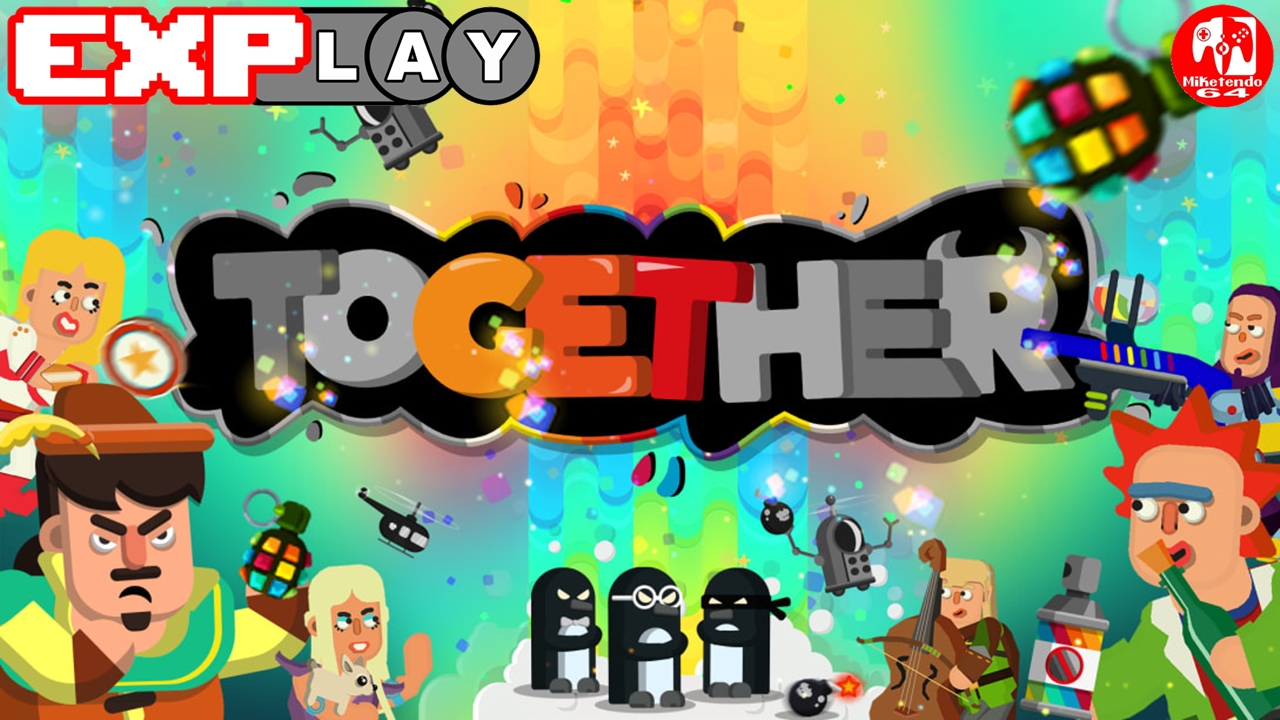 Welcome to EXPlay, (Explain & Play) the review series where we care not for scores but tell it how it is when it comes to every game we get our hands on, whilst also taking the time to include some lengthy gameplay, to give you the reader, the chance to shape your own impressions and views whilst watching and reading. In this installment, we’re covering Together by developer The Dust.

In Together, the world is gradually losing its color due to the sinister efforts of Mona Chrome. It is up to hue, I mean ‘you’ and a colorful cast of heroes to bring color back into the world and thwart Mona Chrome’s plans.

Together is a 2D platforming game where up to 2-players work together to take on any monochromatic baddies that comes their way. Players must choose a character from a beginning roster of four and use their abilities to climb, jump, and attack their way through labyrinthine stages. The characters are inspired by some familiar characters that you may recognize elsewhere and have some rather amusing names like Robin Food, Queen Kong, Drunk Scientist, etc.

Along the way, you can find collectibles in the form of triangular prisms that will either be situated in plain sight or hidden away. By collecting these prisms, you will be able to unlock new characters as well as special skills for select characters.

For those who are playing with a friend, while you don’t have to travel hip to hip, you will need to stay in some proximity of each other. As the distance becomes greater between the two players, the single screen will split into two and players will have 5 seconds to reunite with each other.

In single player mode, you don’t have the luxury of a second player to help you but you can swap your character to a secondary one. At the beginning of the stage, you can choose which two characters you would like to use and have the option to change them between stages. Each stage is progressively more difficult than the last, adding more perilous obstacles and enemies, and challenges, so it is handy to have a back-up character you can switch to when health is low.

Each character’s health is independent to the other so if you find yourself with a character that is low on health, you can swap to the other. You can find health throughout each stage but remember to swap to your lower health character before you collect it if they need it most.

Together is one of those games that is both fun to play on your own or with a friend and for only $6.99, its not exactly going to break the bank either. If you like 2D co-op platformers, you will get plenty of enjoyment out of it too.