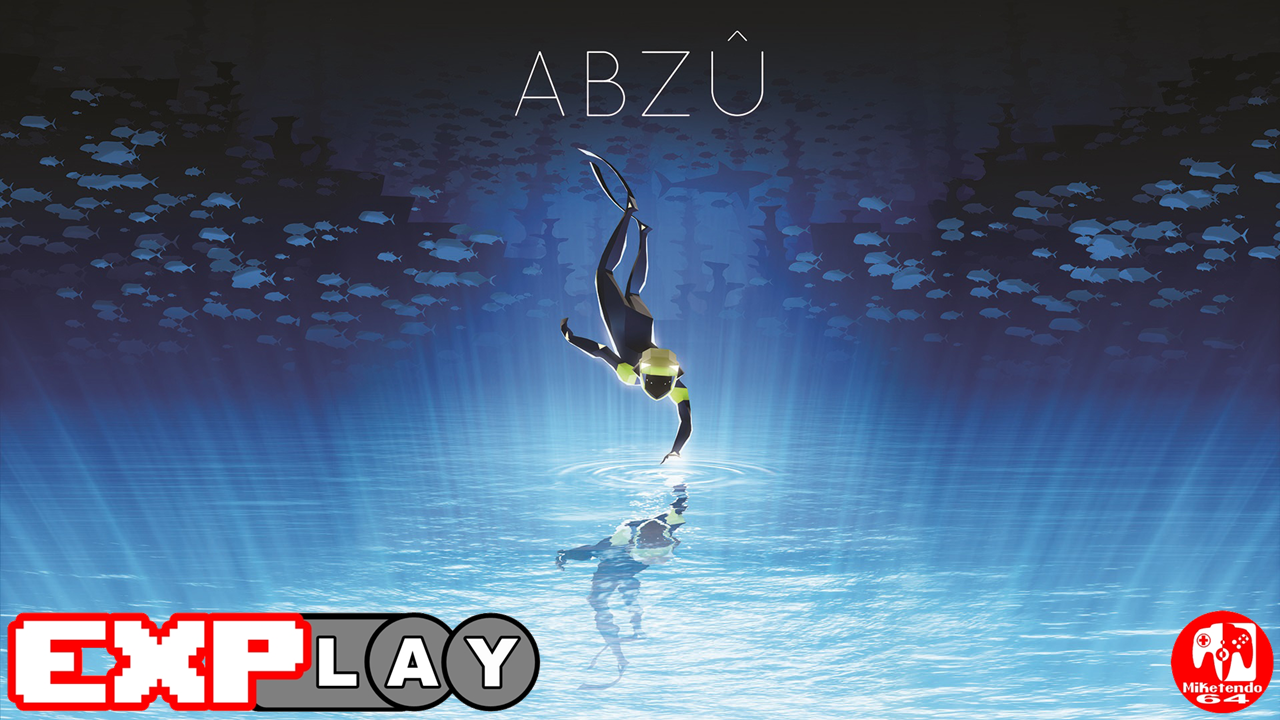 Welcome to EXPlay, (Explain & Play) the review series where we care not for scores but tell it how it is when it comes to every game we get our hands on, whilst also taking the time to include some lengthy gameplay, to give you the reader, the chance to shape your own impressions and views whilst watching and reading. In this instalment, we’re covering ABZÛ by developer Giant Squid.

Fact: As a race, humanity knows more about stars, the space they fill and the cosmos, than we do about the oceans that occupy our planet. We can identify a great many species that call it home, but in all reality, we’ve only ever scratched the surface. The real adventure is in the depths lurking below and that’s why adventure games like ABZÛ are so appealing.

While in life so few pluck the courage to go beyond the current limits and plunge themselves even further into the abyss, at least with the likes of ABZÛ, we can all undertake the perilous journey in the safety of our own homes and what a journey it is. Developed by Giant Squid and initially released back in 2016, ABZÛ is a game full of aquatic wonder as it follows a lone female diver on her journey through varying underwater ecosystems.

Although a wordless driven game, as the only text you’ll encounter in-game, are those of instructions for the game’s controls, ABZÛ tells the story of a vast ocean, filled with ancient murals, ruins, and special wells, which when the diver interacts with, are capable of restoring life to her immediate vicinity. Only, upon further discovery, pyramid-like devices and the original pyramid encountered near the end of the game, there is more to them than meets their eye and their true purpose is revealed and an unlikely ally will be made.

There is a lot to like about ABZÛ and I ABZÛlutely (borrowing that pun from Mike Scorpio) love the oceanic world. From its selection of marine animals that call it home to the stunning art style that makes the whole game feel like it is bursting with life, ABZÛ is a loving piece of artwork to behold. It’s uniqueness is far from limited as it can always be spotted and enjoyed in the game’s more colourful reef-like areas to its darkened cave environments and kelp jungles and accompanying such art is the fantastic work of composer Austin Wintory.

As a game, ABZÛ does a fantastic job of capturing the ocean and bringing it to life, filling it with adventure, delight, mystery and even a spot of danger as there is a dangerous Great White Shark lurking about in this game, only, this danger has to be followed if you wish to get to the end.

Admittedly, ABZÛ can be a little on the short side as it can be completed in around two hours or less, but for the completionist, and like any scuba diver would know, goals are meant to be met and you must always “plan the dive and dive the plan”, but scuba diving is also about exploration. Finding out what you can discover. Be it a new species you’ve never seen before, a new cave opening, a new wreck or even just a new shell you’ve never seen before and talking about shells, ABZÛ has 19 of these collectibles across its 7 main chapters and final portion of the game.

One benefit of finding and collecting them all will see you gain access to a new suit for your diver, but by extensively scouring for them, you make it easier for yourself to get the most out of this brilliant game and uncover more secrets about this aquatic environment. My only criticism in comparison to all the positives listed above, however, has to be the controls. While they can be quite gracious and effortless once you get the hang of them, in the beginning, they can be cumbersome and it is all too easy to turn yourself around. Still, as long as you don’t let the first five minutes put you off, you might just find yourself sticking around for the long haul.

As a scuba diver who sorely misses his beloved Endless Ocean games and greatly enjoys the scuba diving parts of GO VACATION, ABZÛ is most certainly a game that helps fill the void and resonates with me as a person. Begrudgingly, I have not dived once in the last two years and I miss it every day, but this beautiful, heartfelt game, does a fantastic job of encompassing the many things about the underwater realm, I have been missing.