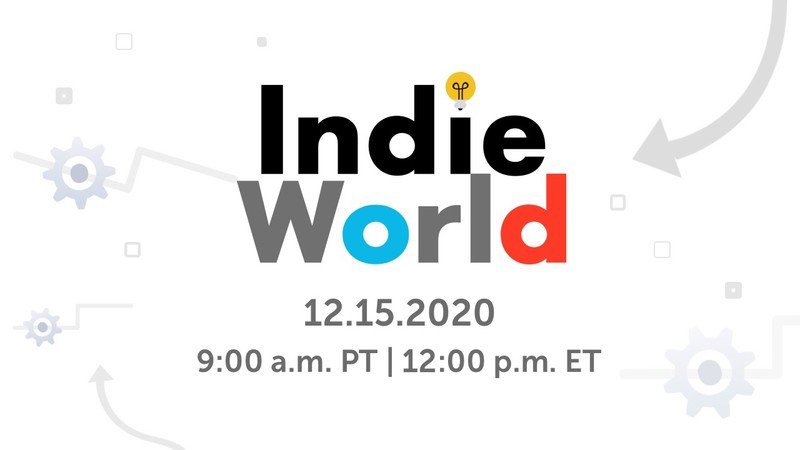 Another Indie World has come and gone, bringing with it quite a lot of indie goodness this time around. While not exactly as amazing as the August Showcase, this one still had quite a fair amount of great announcements to unveil while continuing to display the wide and wonderful variety of forms that indie games can take. Now in case if you just so happened to miss the presentation, have no fear, for I am here to help give you the highlights! Let’s waste no more time and jump right into this!

So to kick things off, we got the news that both Spelunky 1+2 would be coming to the Nintendo Switch in the Summer of 2021 and I think this is great! The original Spelunky helped to lay the foundation for the Metroidvania rogue-likes of today and the sequel took all that and built on it even more! Rogue-likes in general are a perfect fit for the Switch, with the randomized short runs lending themselves quite well to the pick up and play nature of the Switch. I’ll definitely look into getting these games on when they come out on Switch next year and I’d encourage other rogue-like fans to the same!

They then dived into two new games that are coming to Switch: Fist-Fluffs and Tunche. The former is a physics-based brawler in which you and three others battle it out to determine who is the cattiest cat of all cats (say that five times fast) and the latter is a beat em up-styled game based in the Amazon Rainforest where you fight to save it as a diverse cast of characters, each with their own unique abilities (even the Hat Kids here, that’s cute). Both of these games look interesting and while they might not be for me, I’m sure that they’ll find an audience.

After this, we got a look at new party game called Very Very Valet, in which players pick up, park, and return cars like a valet would, all in a effort to obtain valet supremacy! Sounds easy right, well good luck achieving that while dodging all kinds of obstacles. This game looks be some quality chaotic fun when it comes out early next year!

Next up was Cyber Shadow, a retro styled platformer inspired heavily by the NES games of yore (most notably Ninja Gaiden) with a cybernetic twist. You play as a ninja who is the sole survivor of a devastating attack, seeking to rescue his clan from the clutches of an evil scientist. To do this, you must navigate a variety of levels, take down towering bosses, and utilize a wide variety of powers to take down the diabolical doctor once and for all! This game definitely looks like a lot of fun and I’d recommend it to anyone looking for some cyber ninja action when it comes out on January 26th, 2021.

We were then promptly introduced to Calico, a cute little game all about building your own cafe for cats. This game looks really adorable, what with its charming presentation and laid back gameplay.While I’m personally not really interested in this game, I could easily recommend it to fans of games like Animal Crossing and Stardew Valley. The best part is that the game is out now! So if you’re looking for a nice, laid back cafe sim, look no further than Calico!

Then we got to one of the highlights for me, which was Alba: A Wildlife Adventure. I love collectathons and I really love Ustwo games, so to see the two come together is just brilliant if you ask me! The basic idea of this game is that you explore an island, documenting wildlife while recruiting the islands residents to help save the local wildlife. It’s a very laid back experience that has an adorable art style, which just clicks with me perfectly. I can’t wait to check this game out when it releases in the spring of next year.

The next title on display was Gnosia, a visual novel styled game in which you and bunch of other characters are on a spaceship but one of you is an imposter and you have to figure out who it is by paying close attention to the actions of your crew mates. Now you might be saying “This sounds like a certain other game.” and yes, it does (we’ll get to that one) but where Gnosia sets itself apart is that it places a bigger focus on its narrative/characters, which helps it to stand out. You can set a variety of rules and playthroughs normally last 5-15, so there’s a ton of replay value here.

Next in line for the showcase was a little game called Happy Game, a game where a boy is having a wonderful dream where nothing is wrong and everything is A-okay.

Okay, that was a lie IT’S A FREAKING NIGHTMARE, WHAT IS GOING ON?!?!?!? I don’t know myself, but maybe you can solve the mystery by solving puzzles and confronting the nightmare head on when Happy Game comes out next spring. As for me? I’m just going to find a place to hide, I am not up to this at all!

Moving onto to something a bit more light-hearted (kind of), we then got another look at the long-awaited sequel that is Super Meat Boy Forever and this looks like something I’d definitely enjoy! Platformers are my bread and butter, especially challenging ones that test ones platforming prowess. Super Meat Boy Forever is no exception in this regard, as you have a maintain a constant forward momentum avoiding all means of tricks and traps. This looks like an easy recommendation for those who want a good platforming challenge and the best part? You won’t have to wait long to play it, as it comes out December 23rd! Just……try not to turn your Pro Controller into a set of Joy Cons, okay?

After this we got a brief bit dedicated to Grindstone, a neat little puzzle game by Capybara that has you slaughtering cute little monsters in an effort to earn some cash for a family vacation. This game as been available on the Apple Arcade for quite some time now, but I do think that it’s great to have it on the Switch because once again, the portable nature is just perfect for short sessions with these kind of games. If you’re looking to slaughter some monsters for some quick cash, you can right now, as Grindstone is now available on the Nintendo eShop.

We then got treated to a brief sizzle reel covering some other indie titles that are coming to Switch, these titles being When the Past was Around (Available now), Kosmokrats (March 2021), Hoa (April 2021), Hazel Sky (March 2021), Trash Sailors (March 2021), and Finding Paradise (Spring 2021). All of these titles do look rather interesting and like some of the other games that they showed, they might not interest me but I know that they’ll definitely appeal to others.

Finally the showcase wrapped up by announcing that Among Us, the smash hit social deduction game, would be coming to the Switch and I got so excited!!! Among Us has become one of my favorite games to play with friends, what with it’s emphasis on discussion and cooperation, all while trying to complete tasks to win. It’s a great time with friends and I’m so happy it’s now on the Switch. I already own Among Us on PC, so do I need to buy it again on Switch? Probably not. Am I going to buy it anyway?

Anyway, if you’ve been meaning to give Among Us a look, you can right now as it’s already available for purchase on the Switch eShop!

And that about covers it all I believe! While I think this Indie World wasn’t as great as the last one (that one had Hades, Untitled Goose Game, and so much more), this one was still fantastic in its own right for having games like Spelunky 1+ 2, Cyber Shadow, Among Us, and a lot of other neat little games. It may have not had as many heavy hitters but I didn’t mind that too much, as I personally still found a lot to like. What did you think of the December Indie World? Feel free to let us know down in the comments and be sure to stay tuned to Miketendo 64 for more coverage on all these wonderful little indie games!