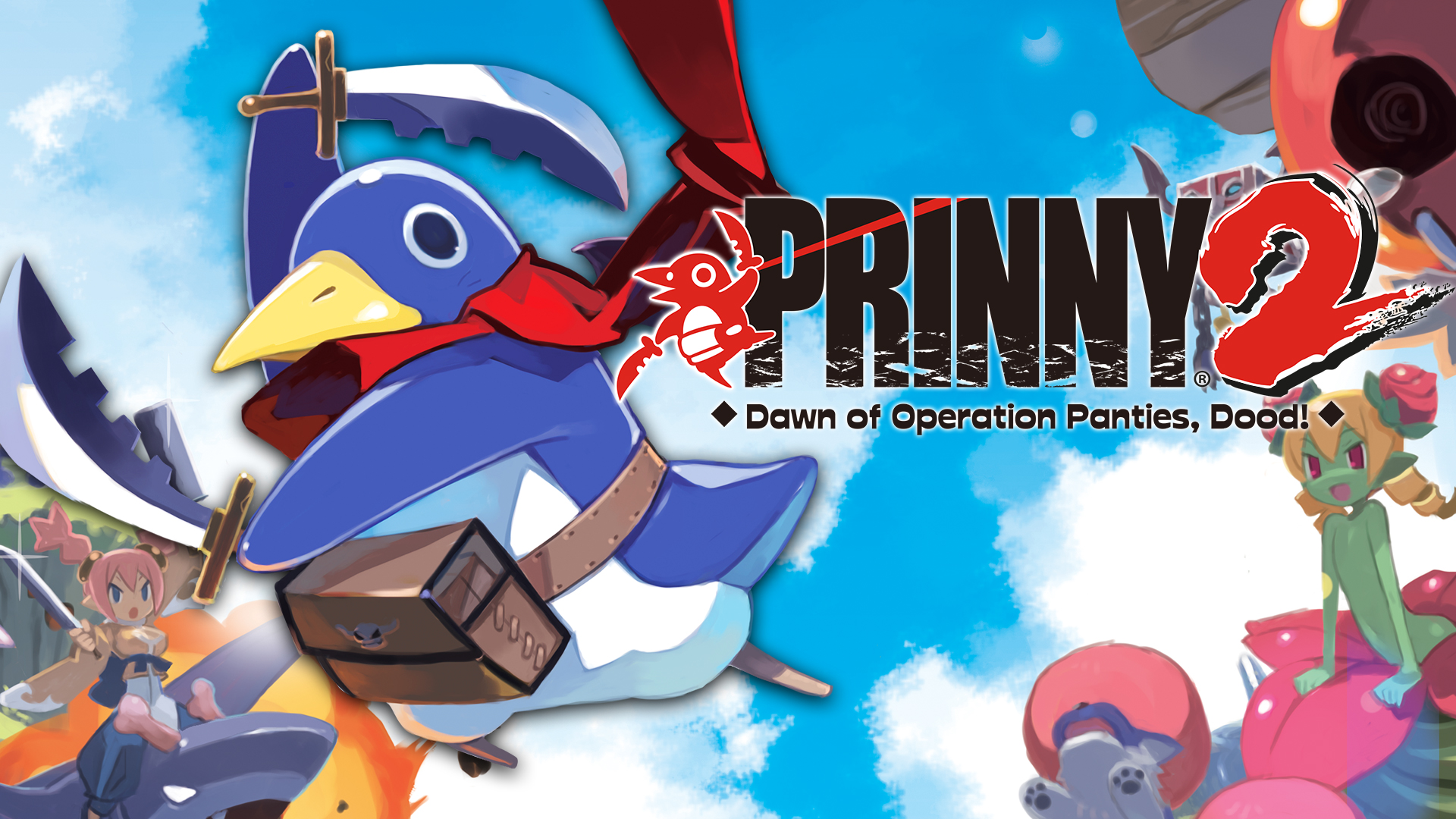 The Prinnies are back, dood and just like Prinny: Can I Really be the Hero?, it’s sequel Prinny 2: Dawn of Operation Panties, Dood! is also on the receiving end of a remaster and is making a big return a decade later after its initial March 25, 2010 debut and they’re more explosive than ever. (“Here we go again, dood!”)

Just in case the Prinnies thought it was bad enough having to getting Etna the Ultimate Dessert, now they’ll need to traverse the Netherworld once more, all because of a Phantom Thief.

With a reputation of being a legendary thief known all throughout the Netherworld, this quick-fingered crook prides himself on stealing rare items and on one particular night, the Phantom Thief sets his sights on liberating Etna’s panties and successfully escapes with a pair and to their dismay, it’s down to the Prinnies to get the stolen garments back or explode trying.

Being a continuation of the first game, Prinny 2: Dawn of Operation Panties, Dood! utilises all of the same 2.5 platformer gameplay elements. The typical platform jumping with dodgy controls is on, our Prinnies still wield dual knives to attack and players still have 1,000 lives in the form of 1,000 identical Prinnies to play as.

There are still boss fights with multiple stages accessible to the player from the moment they complete the tutorial and depending on the order you choose to face them in, will determine which bosses you will face on which level.

Also making a comeback are powered-up vehicles for your Prinny to use whenever possible, stage checkpoints that you need to do a hip pound to activate and just ten in-game hours to do everything in.

In addition to various game difficulties and the main campaign, Prinny 2: Dawn of Operation Panties, Dood!, also comes with an additional campaign where players can take control of Asagi and wreak revenge in a fun little bonus story where a ticked off Asagi is not invited to take part in a new tournament called Asagi Wars, but Asagi doppelgängers have been.

As for other in-game content, it’s all essentially a rehash of everything Prinny 1 had to offer. Lucky Dolls are back and there are three to every stage, but once more you’ll need to hunt each one down by getting them to appear first and then killing them.

Then there are more Orbs to be collected, serving in a similar capacity as before, (being used to unlock managers so that players can access new in-game features like accessing a music gallery and going Lucky Doll hunting) and replacing Torn Letters this time around, are Torn Tickets.

There’s also Netherworld awards and a monsterpedia, so for the completionists out there, if you wish to see it all, do it all and experience it all, you’re looking at at least 11 hours of pure gameplay. Enjoy, dood!

With more Prinny voice acting at play, those delightful doods really know how to steal the show, but just like with the prequel, it is a shame we don’t get to hear them talk more. As for the rest of the game’s soundtrack, it does enough to hold its own, just.

Much like the case with the remastered Prinny: Can I Really be the Hero?, the 2020 release of Prinny 2 comes with upscaled graphics to help show off all of its finer details.

The level layouts are still gorgeous, enemy and boss designs are just as creative as ever, but with a new generation of gaming on the horizon, more could have been done to the graphics to help them stand out all the more.

By no means is it an eyesore as everything is clearer than before, but for those hoping for more from this remaster, prepare to be disappointed. At least performance remains steady. It’s some consolation that goes a long way in a platformer.

While Prinny 2 to seems to have a similar issue to Prinny 1 in the form of imprecise controls in terms of jumping, at least it makes up for it by being an all-round enjoyable title that has more humour and more content than its predecessor.

Taking inspiration from the first game, Prinny 2: Dawn of Operation Panties, Dood! is everything you could want in a sequel. It’s the perfect follow-up with improved humour and gameplay, but still possesses a few faults of its own. By no means it’s not the best 2.5 platformer in the world, but it’s certainly not the worst.