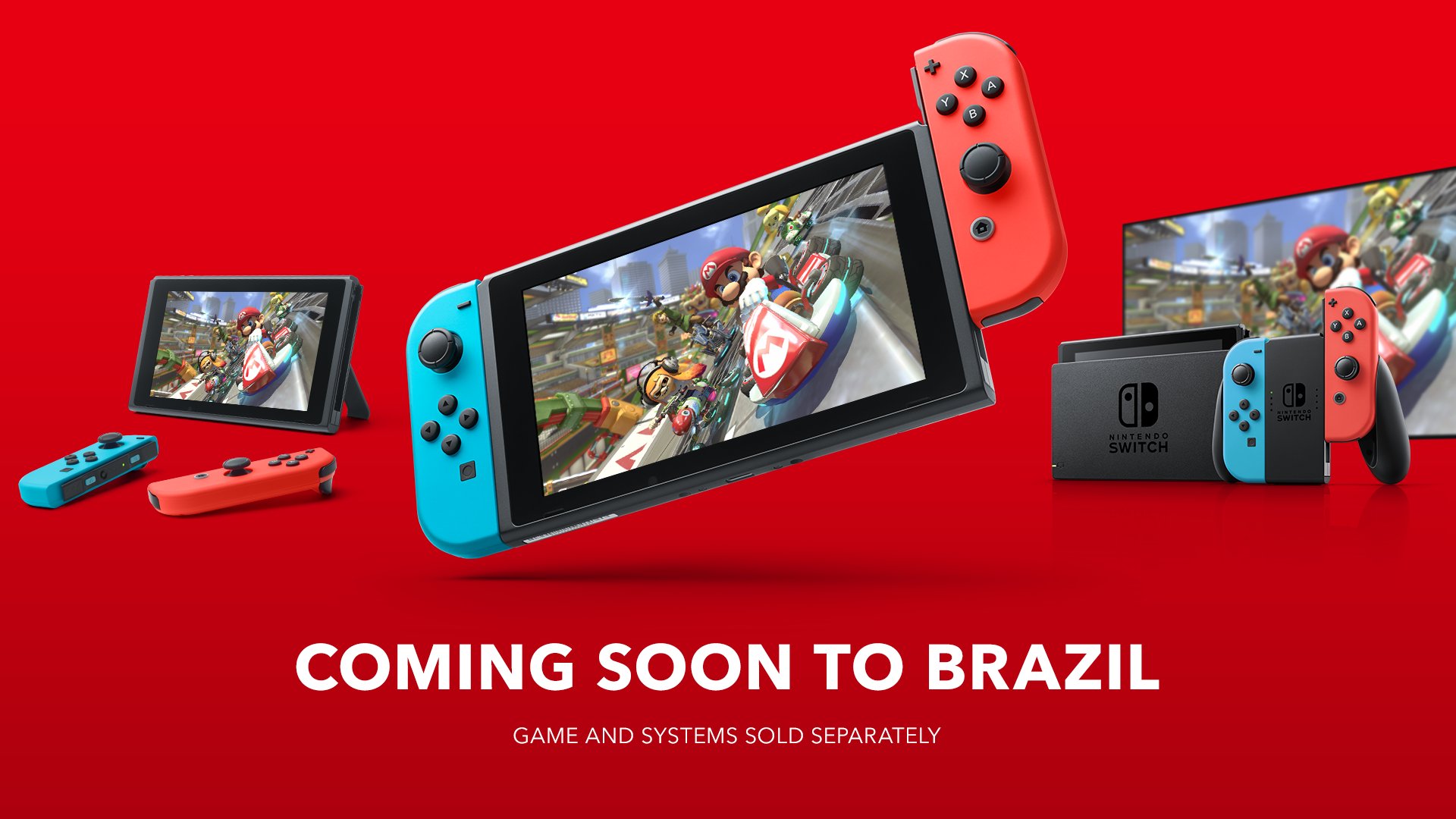 Nintendo Switch To Be Sold Officially In Brazil

This may seem like an odd thing to write about, especially for those who are reading this who do not reside in Brazil. The Nintendo Switch has been out worldwide since March 2017 but it only now that Nintendo America has announced that it will begin to sell the Nintendo Switch officially in Brazil. For those that didn’t know, Nintendo pulled out of selling their hardware and games in Brazil back in 2015. This was due to the very high import costs and taxes on electronics in Brazil.

For the last five years, hardcore Nintendo fans in Brazil have had to import the Nintendo Switch and its games from the likes of North America and other regions, However, it seems like Nintendo is going to return to support Nintendo gamers in Brazil, meaning they will no longer need to rely on purchasing their games overseas.

Greetings to all the Brazilian Nintendo fans out there! We’re excited to announce that #NintendoSwitch will be coming soon to Brazil!