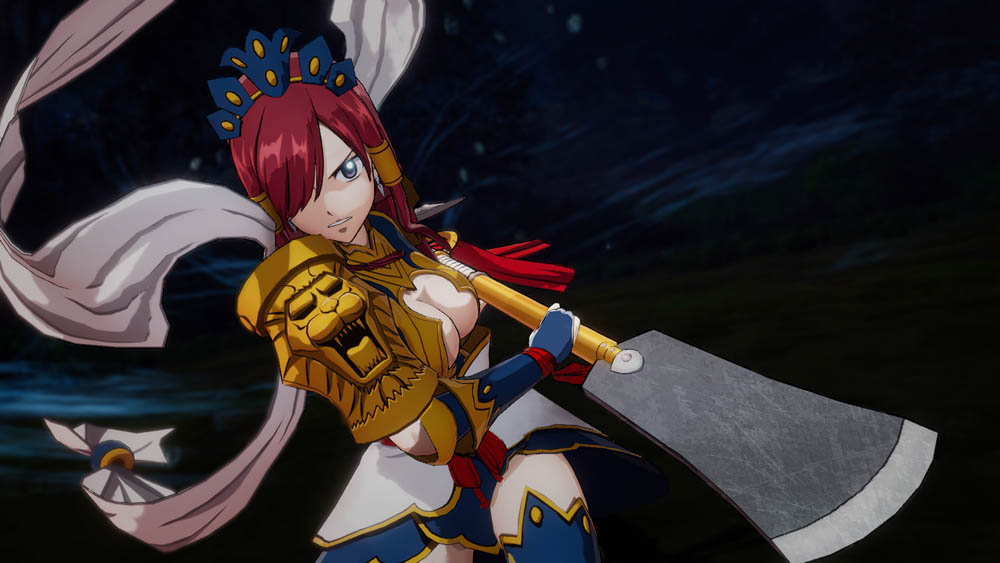 [Feature] An Introduction to 16 Playable Characters of FAIRY TAIL

With the likes of Gust & Koei Tecmo’s FAIRY TAIL making its release debut this week, the publisher has seen fit to provide a variety of details on the game’s 16 playable characters, which we have compiled, right here:

A Dragon Slayer who uses Fire Dragon Slayer Magic to embody the power of a dragon. Partners with Happy the cat and often works together with Lucy as he continues his search for his missing foster father, Igneel The Fire Dragon.

A Celestial Spirit Mage who has the ability to use Gate Keys to summon Celestial Spirits. She cares deeply for Celestial Spirits, and has obtained most of the keys to the gates of the Ecliptic Zodiacs. She decides to join Fairy Tail after meeting Natsu and Happy, and is now an essential member of the guild.

A Molding Mage with the ability to freely shape ice into various weapons. His abilities in battle place him among the top members of Fairy Tail, despite his odd habit of wanting to take off his clothes. He often fights with Natsu, but they maintain a friendly rivalry.

Nicknamed Titania and dressed in armor, Ezra Scarlet is Fairy Tail’s most powerful female mage. Using The Knight magic during battle, she can instantly swap weapons and armor with those stored in a separate space.

A Sky Dragon Slayer who uses air as the source of her powers, she is strong in Enchantments that can boost attack and defence powers, as well as healing magic. Partnered with Carla, Wendy was initially shy and introverted, but has gotten used to the guild and now enjoys everybody’s company.

An Iron Dragon Slayer who becomes stronger by eating iron, Gajeel Redfox can transform his skin into scales. Nicknamed the Black Steel Gajeel, he is partners with Lily.

A mage who can manipulate, and even turn her body into water. Juvia was a mage in the Phantom Lord guild, until they battled Fairy Tail. This is when she fell in love with Gray and eventually joined Fairy Tail.

One of the Twin Dragons of the Saber Tooth guild, he is a Dragon Slayer who uses Shadow Dragon Slayer Magic. Nicknamed Shadow Dragon Rogue, he is usually accompanied by his partner Frosch. When Rogue was young, he admired Gajeel and had wanted to one day join Gajeel’s guild.

The most powerful mage of the woman-only guild Mermaid Heel guild, Kahura controls gravity and is also a skilled swordsman. Kagura had been looking for her lost brother since she was a child. Upon discovering that he had been killed, she swore to avenge his death.

A mage of the Lamia Scale guild, she wields Sky God Slayer Magic that controls the wind, similar to Wendy. As a gifted student, she was able to graduate early from magic school, but in terms of athleticism, she can be clumsy at times.

Nicknamed White Dragon King Sting, he belongs to Saber Tooth, the strongest guild in the Kingdom of Fiore. Together with Rogue, the two are known as the Twin Dragons. Although he has a strong admiration for Natsu, Sting aspires to eventually defeat him.

A member of the Blue Pegasus, a guild made up of handsome men and beautiful women, Ichiya stands out within the guild as a powerful and trusted mage. He is an expert in using magical perfumes.

A Thunder Dragon Slayer who was an S-Class mage at Fairy Tail, Laxus was expelled from the guild for an incident in the past. Although not good at communicating with people and often causing conflicts, he values friendship more than anyone else.

The poster girl of Fairy Tail who is sometimes featured as a model in magazines. Before retiring to help out at the guild, she was formerly a powerful S-Class mage specializing in transformation-based magic. Her signature battle magic is “Takeover – Satan Soul”.

To atone for his crimes against the Magic Council, Jellal formed an unofficial guild to fight evil. He uses powerful Heavenly Body Magic to boost speed and to produce energy-based attacks.

An S-Class mage regarded within Fairy Tail as the most powerful, Gildarts uses his Crush magic to turn everything he touches to dust. He has a tendency to accidentally destroy buildings around him.

We hope you’re every bit as excited about this upcoming release as we are and enjoy the variety of content we have in store.