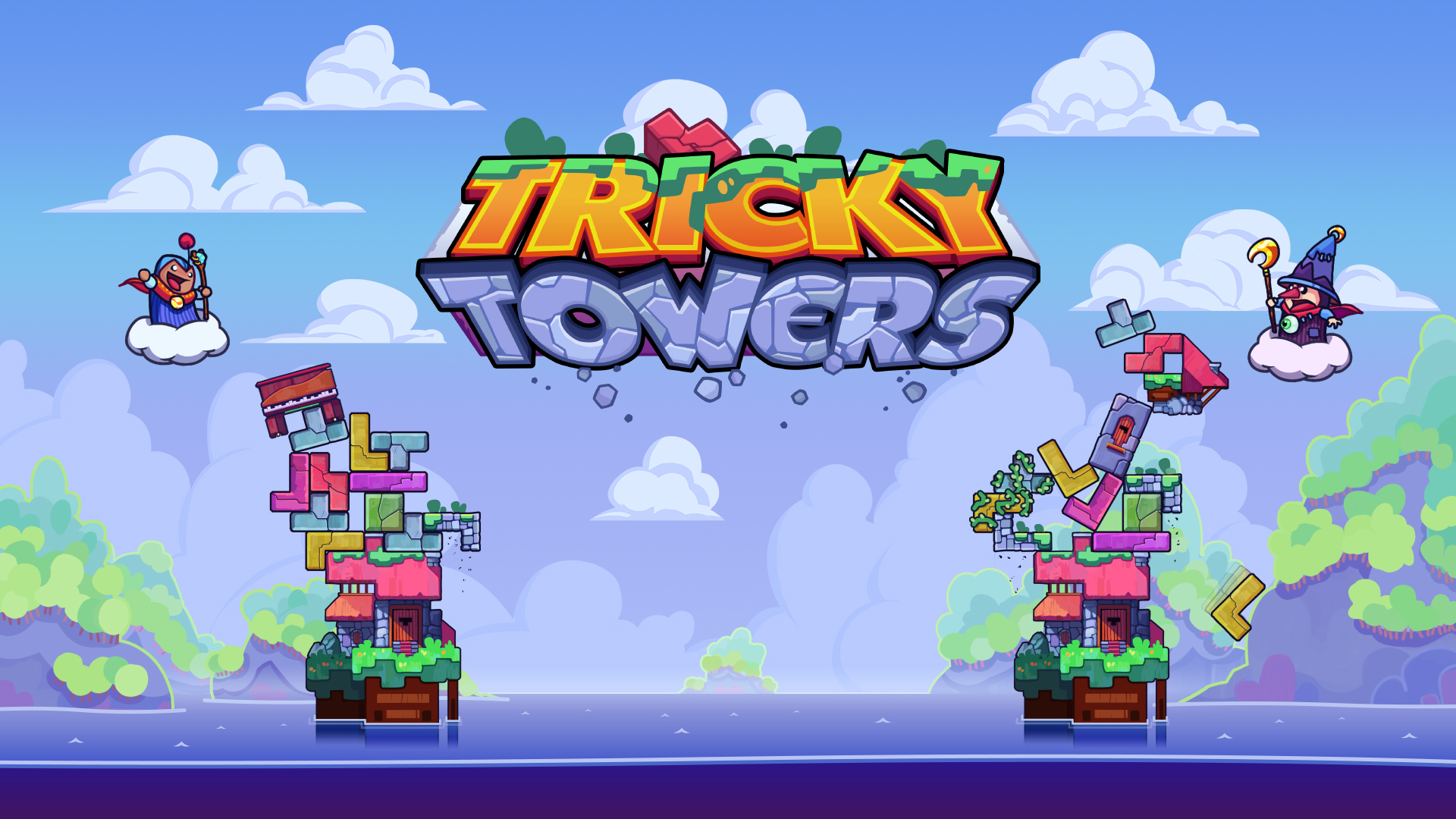 We hope you’re prepared for a blast from the past as this impressions piece is all about a game that released on the Nintendo Switch back in 2018:

Developed by WeirdBeard and recently saw a physical release thanks to Super Rare Games, Tricky Towers is a fun little physics-based party puzzle game, where players must build towers out of tetrominoes pieces, all whilst an enemy wizard hurls enchantments at your tower, trying to get it to collapse.

There are three different game modes and harder difficulties for those who feel the game is a little too easy, but you won’t have to limit yourself to just playing the single-player campaign as there is also support for local battles, an online mode and a Shop option for purchasing DLC, consisting of new characters and the like.

While I’ve not played with others for nearly as long as I would have preferred, I have greatly enjoyed playing through the single-player content and hands down, I prefer the Puzzle Trials levels over the likes of Race and Survival.

In Puzzle, players are tasked with stacking every available brick below the line of a laser, whereas Race sees you trying to build a tower high enough that it reaches the finish line before the timer hits 0. As for survival, in this mode players are tasked stacking all bricks without dropping them, but in reality, you must stack all bricks assigned to you on the given level, before you lose all three of your hearts.

Whatever type of trials you choose to play though, there is also an Endless Mode that is fun to play and lots of lovely looking imagery to take in, provided you take some time to cast a wandering eye at the visuals and take them all in.

As the devout Tetris player that I am, I do adore the way Tricky Towers turns the Tetris mechanics on their head and offer them a new lease of life. It’s a subtle twist, but a good one nonetheless and talking of things that are good, I must take a moment to talk about the physical release.

When it comes to Super Rare Games, each and every one of their releases are a gem in their own right and opening them is always a pleasure and never a chore. You get more than just a game and there is even a card that comes along with it, thanking you for your purchase and they’re always such a neat little package that is worthy of occupying shelf space no matter where you keep your gaming collections.

Super Rare Games are killing it with their releases and we always look forwards to hearing their next announcements/releases, which at the current moment in time, is SteamWorld related.

Be it playing by yourself or playing with others, Tricky Towers is a wicked game to play and the physical release by Super Rare Games, is well worth the purchase. It’s a game worthy of being on a cartridge and the physical release comes with a variety of goodies, such as a full-colour manual, a trading card pack, a game box with interior art and all the DLC previously developed for the game.

It is a shame the physical release is now sold out, but if you’re after another fun game to play, despite being digital, then definitely pick up Tricky Towers. It’s worth the money.

Huge thanks goes out to Ryan and the Super Rare Games team for providing us with a copy of the gorgeous but now sold out Tricky Towers: Collectors Edition.