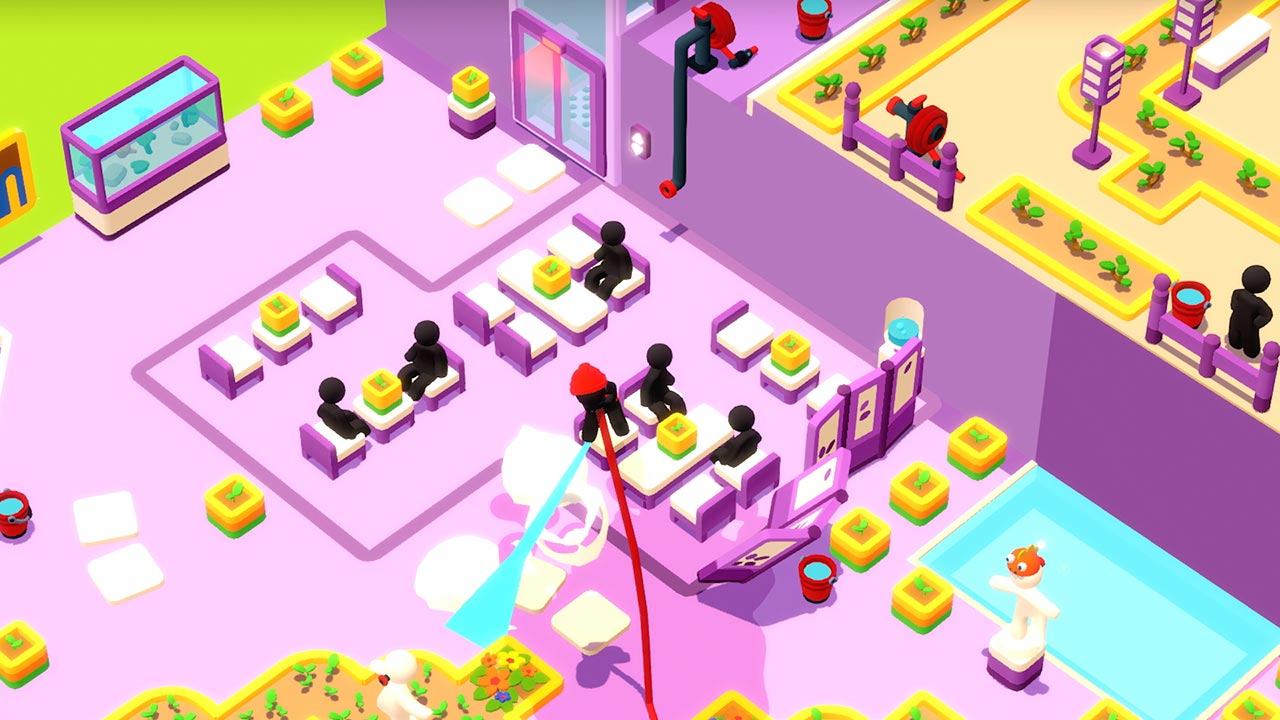 “Welcome to the Nindie hour!”

What does Snipperclips, Cadence of Hyrule and the recently released Good Job! have in common? They’re all fantastic indie games published by Nintendo for the Nintendo Switch and it’s their turn to be paraded as part of a special showcase:

Snipperclips – Cut it out, together!

Hey, cut it out! No, really! In this action-puzzle game, paper pals Snip and Clip must cut each other up to overcome tricky obstacles…or just to laugh their heads off (sometimes literally). Partner up with friends or family to cut the heroes into the right shapes, interact with objects, and solve a world of imaginative puzzles.

Someone grab a paper weight—these puzzles just won’t stay still! The only limitation to solve puzzles is your imagination. Snip may need to cut Clip into a needle to pop balloons, or maybe they’ll have to team up to form a squawking, egg-laying bird!

When playing together, prove you’re a cut above the rest in Blitz mode, where 2-4 players* can compete in a series of puzzlingly action-packed challenges. Three is never a crowd when you’re paper thin, so make it a party! In Party mode, up to four players* can team up to solve tough challenges. Ready or not, this couch co-op is a riot, any way you cut it!

Snipperclips Plus – Cut it out, together!

Partner up with friends or family to solve puzzles, including new comic book and toy box worlds, 3 new activities, and a new stamp mode. Plus, play the original levels in new shapes!

If you’re new to the game, you can purchase this expanded version at retail. Owners of the original version can purchase and download this additional content in Nintendo eShop on Nintendo Switch. No matter how you cut it, this couch co-op is a riot! Snip may need to cut Clip into a needle to pop balloons or maybe you’ll have to team up to form a squawking, egg-laying bird! Prove you’re a cut above the rest in Blitz mode, where 2-4 players* can compete in a series of puzzlingly action-packed challenges. Make it a party with Party mode, where up to four players* can team up to solve fun puzzles.

Players: up to 2  players

The world has a bad case of the Dizzies—residents dizzied by Captain Brains—and only you can rescue them! Work with a friend in co-op or skillfully control two medics on your own to overcome the physics-based puzzles of each madcap mission. Either way, how you go about it is totally up to you, whether you work together to transport many Dizzies at once on a stretcher or work in parallel by splitting up dragging the Dizzies to the ambulance one by one. As you play and replay missions, you’ll complete bonus objectives and uncover hidden collectibles with hilarious results!

You’ll also unlock additional hats, costume colors, and furniture for your home base by exploring mission areas and the world map. When you receive a distress call, don’t be afraid to get curious and experiment. You never know what hilarity will ensue, whether it’s the laugh-out-loud writing or yet another unexpected slapstick situation. But don’t let the levity distract you from your ultimate mission: to stop the evil mastermind Captain Brains and the spread of his chaotic Dizzies!

As the clumsy child of a CEO, you must climb the corporate ladder one office-themed puzzle at a time! Complete puzzles in multiple ways as you experiment with the interactive environments—a projector can be wheeled gently through an electric door…or catapulted through the wall. So toil (or tumble) your way to the top and make your father proud!

Your job duties can vary from fixing the office’s internet connection to cleaning up experimental goo. You may bump into your coworkers or knock over a priceless item or two in the process, but as long as you get the job done you’re one step closer to the executive suite! True star employees can also replay stages to try to earn a higher score by maximizing speed while minimizing damages.

Pass a Joy-Con™ controller to a friend (or coworker) for some help solving puzzles, divvying up tasks, or collecting in-game outfits. Whether you’re playing alone or with a friend, Good Job! turns sometimes-mundane office dealings into a puzzling and hilarious take on climbing the corporate ladder.

The dress code at your father’s company is…flexible to say the least. By exploring the office’s many departments, you can find over 100 in-game outfits hidden throughout. These looks range from business casual to Viking chic, so you can leave the suit at home and let your true colors show!