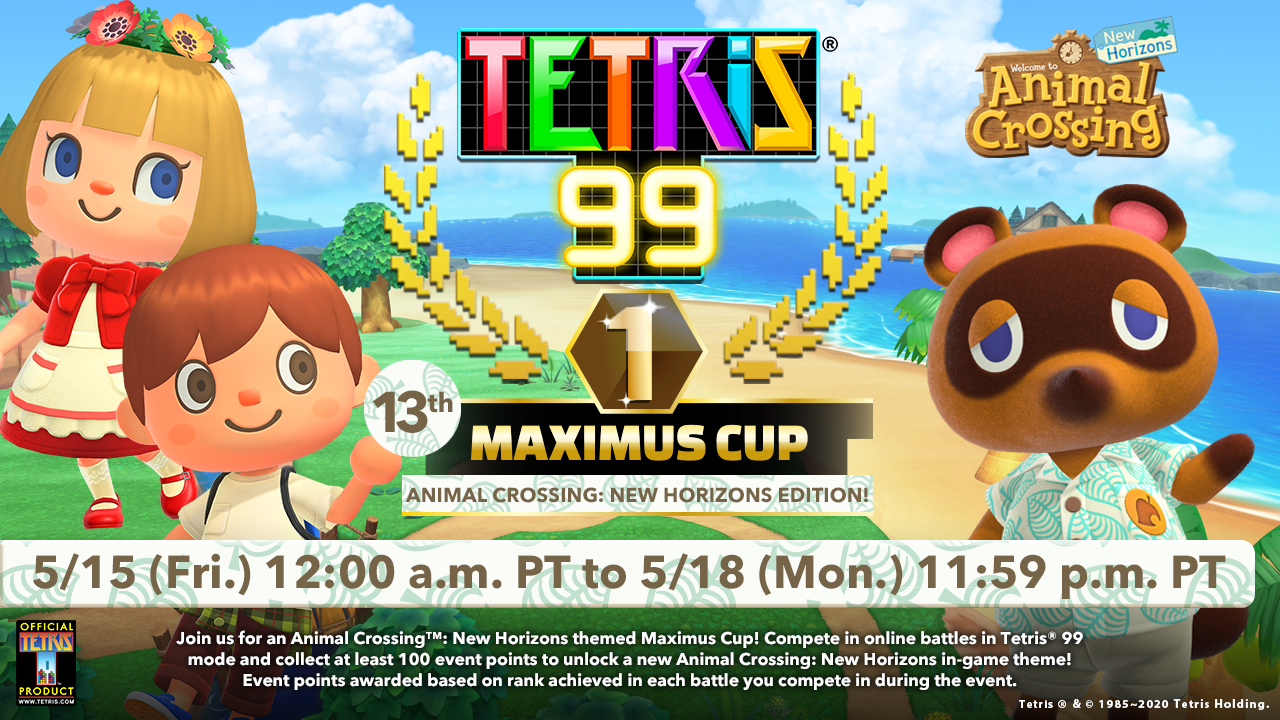 The Nintendo Versus account on Twitter has announced that the next Tetris 99 13th Maximus Cup is being held this weekend. For those that participate and score 100 points or more, they can earn an Animal Crossing in-game theme. The event begins on May 15th at 12am PT until May 18th, 11:59pm PT.