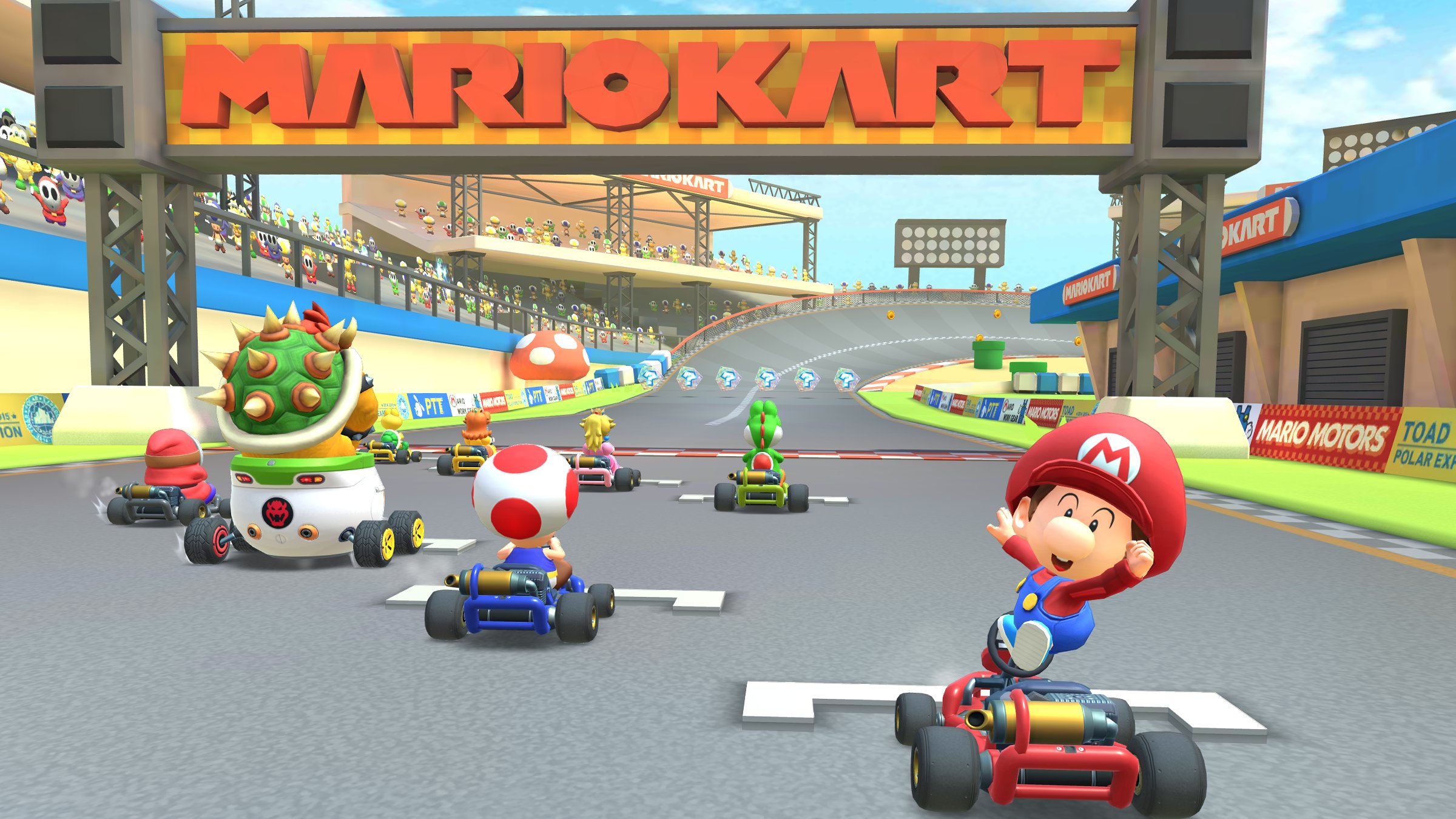 Why go for Gold when you can strive for Platinum?

What happens when you take a plumber, a handful of his friends and enemies, force them to drive karts and pass it off as a video game? Well, if you’re Nintendo in 1992, you end up with Super Mario Kart for the Super Nintendo Entertainment System!

As a spin-off from Nintendo’s trademarked Super Mario series, Super Mario Kart was met with critical acclaim and worldwide praise and 28 years later, its popularity refuses to fade.

Its latest console iteration might be an enhanced port of the Nintendo Wii U’s Mario Kart 8, but realistically Mario Kart 8 Deluxe is Nintendo’s biggest success story yet for the Nintendo Switch, thanks to a reported 22.96 million sales (as revealed back in January 2020).

Couple that with the 8.44 million sales Mario Kart 8 attained for the Wii U and together that’s a total of 33.40 million, which is just a few million shy of doubling Mario Kart 7’s sales of 18.68 million units for the Nintendo 3DS.

Despite the high numbers, although Mario Kart 8 and Mario Kart 8 Deluxe have yet to outperform Mario Kart Wii, which attained a massive 37.24 million, it’s still a phenomenal success that has done exceedingly well, but when you do have a hit like Mario Kart 8 Deluxe, where should the next main series title go?

It’s all well and good trying to do a Smash Bros. and slap “Ultimate” in the title and fill out the roster with whoever possible, whilst ensuring a healthy amount of tracks, but would all that actually be enough? Or are other things required to ensure the next Mario Kart game can call itself Mario Kart Ultimate?

It’s because of this particular thought, I can’t help but think about Mario Kart Tour, the latest entry in the series, which is made for mobile devices. While it could never live up to the likes of a proper Mario Kart game, there is certainly a number of things about it that I can honestly admit, I would love to see in the next true instalment.

So, without further ado, here are 5 lessons that I feel the Mario Kart series can learn from Mario Kart Tour:

A Wider array of Characters and Skins:

While it’s true that Mario Kart Tour does feature its fair share of Baby characters, at the same time, it also features a host of other characters as well. Link, Isabelle, Villager, Mii and Inklings might be missing, but it does have a base roster of 30+ characters and in case that’s still not enough, there are plenty of costumed alts as well.

Among the newly added characters, we have the Queen that is Pauline and the Toadette that has gone on to become Peachette. As a gacha game, it makes sense for Tour to keep adding new characters, including those who are old faces in new attires, but perhaps in the likes of a Mario Kart 9, instead of Metal Mario and Dry Bowser being separate entities, what if they were simply obtainable costumes for Mario and Bowser?

It wouldn’t have to end just there either, Wario could have his Hiker costume from Tour, or his Biker costume from the WarioWare games and the other characters can get new costumes too. We’ve already had alternate racing suits for Mii characters, so why not do the same with the rest of the roster? Heck, even Link got a Breath of the Wild alt as part of a free update for Mario Kart 8 Deluxe.

What’s more, drivers in Mario Kart Tour each have a special ability that makes them more beneficial for certain tracks. This is certainly a feature that could help to encourage players to try out other racers, instead of just sticking to the usual mob.

Not only does Mario Kart Tour offer characters with abilities, it also possesses a wider array of customisations. Instead of just allowing players to mix and match what they want to race with, they can actually level up their favourite vehicle combos, all in a bid to earn more points.

Personally, I would love to see this feature carry over and while point, as I do like the idea of improving carts stability, drift, acceleration and more, thus giving players another goal to strive for and having Mario Kart offer something that other racing games have provided for years.

One thing I dislike about Mario Kart 8 Deluxe, is the use of coins for unlocking new vehicle parts. It’s not that it’s a bad idea, but I would prefer to be able to just visit a shop, like you can in Mario Kart Tour, and buy the parts you desire outright. After all, this is a racing game, shouldn’t our wacky mushroom racers be able to earn a cash prize along with a trophy?

You could even implement the point system used in kart, for stunt combos, using items and more, with each point you earn on a given race, awarding you 1 coin. Players would soon be able to generate plenty of cashflow to start spending out on things like car parts, upgrades, paint jobs and new character costumes.

All aboard the Latest Tour:

Instead of just giving players a handful of cups to play through, Mario Kart Tour instead offers a series of tournaments, as part of a tour and honestly, that’s downright brilliant. I would love it if something like this was implemented into a main series offering, but with one difference, it’s an extra.

Just like Splatoon 2 has its Splatfests, tours could actually be a regular occurrence, taking place once a month. As for an incentive to play them, for starters, they could offer new character skins. They could carry on what Mario Kart Tour has started, and offer special courses based on real world locations.

What’s more, should Nintendo will it, there’s no reason why every now and then, a Tour couldn’t promote an upcoming game, such as a new Hyrule course, to tie in with the forthcoming Breath of the Wild sequel.

Just like in ARMS, devout players of Mario Kart Tour can earn badges by completing challenges and this is definitely something we need to see carry over to a main series instalment. Now we’ve got proper achievements in a mobile adaptation, of course we need them in the real thing. It would give us something else to show off when we’re playing online.

Still, those are just 5 lessons in which I think Mario Kart can learn from its mobile counterpart. What lessons would you like it to see it learn and don’t just limit yourself to Mario Kart Tour, comparisons and lessons from all other racing games are welcome!