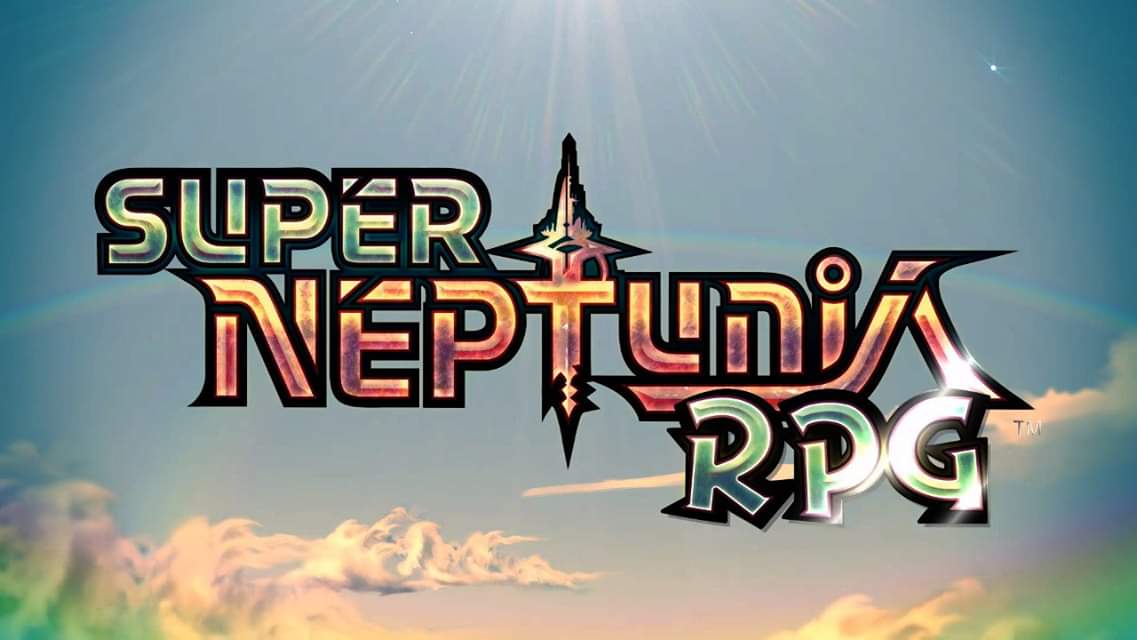 Hyperdimension Neptunia is a fourth-wall-breaking role-playing series originally developed for the Playstation 3 which takes place in the world of Gamindustri, which has four different regions representing video game consoles from Sony, Nintendo, Microsoft, and the canceled Sega console, the Neptune. Each region is represented in the game by a goddess, and the series primarily focuses on an ongoing console between the four regions and has spawned a number of spin-offs that explore other genres beyond turn-based RPG. Super Neptunia is the most recent of these and explores a 2D platforming world.

Taking off from the jumping-off point of “what if the Hyperdimension series took place in a 2D world?”, Super Neptunia RPG’s plot is an amnesiac Neptunia awakens to find herself in a flat world, and she teams up with various goddesses exploring this interesting new place on a quest to discover who she is and what must be done to prevent their world from becoming ever flat.

While the premise is incredibly basic, and an amnesiac hero is one of the most overused cliches in the industry, it works considering the whole series itself is a big parody. High humor, this is not, but it should elicit a few chuckles every now and then.

The weirder part is when Neptunia starts announcing herself as a goddess to NPCs before she remembers it during the narrative, which was probably an oversight on the dev’s part where they didn’t limit dialog responses based on your overall progress in the game.

Super Neptunia RPG is a 2d, lite-platforming role-playing game. The platforming is incredibly basic and leads to some awkward map navigation at times. Town and dungeon maps are mostly just moved from side A to side B with occasional breaks in the floor that make you go up/down or time your jumps over a pit to make it to the other side. Enemies can be seen on the overworld, but once you run into them a separate fight scene is initiated like traditional turn-based games.

You have the option to slash an opponent to initiate the fight, and this will start the fight off with them having taken some damage first. Once you are in combat, an action meter begins to fill, and each action you take requires a certain amount of action points. Once you have enough action points, you press a corresponding face button (A,B,X,Y) to have your party member in the button’s position perform their action.

So the leader of the party is at the left of the party and you press Y for their action, and then the top of the party is X, right side of the screen is B. Each party member has a different action that they take depending on their position in the party, and you can swap between them with the right shoulder button. You can also pull up the item/flee menu by pressing the + button.

Combat is definitely the strangest thing about this game, primarily because your party members all have elemental types, and if you are in a certain area, their attacks are useless/help the enemies, and so you have to rely upon attack items or running. Thankfully, you can avoid fights in the overworld fairly easily. The problem with avoiding fights is missing out on the experience, though, and we all know how important the grind is to an RPG. While your heroes will gain stat bonuses with each level up, your ability to improve your skills is tied to the equipment you have.

As such, it is slow going spending your skill points to improve yourself very much until you are able to master one skill and then find equipment with a new skill. You will go long stretches of time without being to use your skill points at level up, and this really detracts from the character management of the game. The oddball combat also makes the game less enjoyable than it would have been had it just had traditional menu-based combat. Much like Bravely Default before it, it is better to just let the enemies bash you until you have filled up your action meter and then just execute a series of attacks rapid fire to eliminate them without having to wait for what feels like forever between attacks.

The inability to use action points for each character also means that you have to choose between attacking or healing in some instances, and healing always takes a lot more action points. You can use items a little more quickly than attacks/spell heals, but that even feels awkward because you have to pull up the item menu, select the item, then press the Y button once you’re back in the main screen to use it, and the same selection must take place before you can attempt to flee from the battle.

The game follows a quest/side quest structure, and there are a lot of side quests to undertake. It is good that there is a lot of these side quests to perform in-game, but they ultimately end up distracting you from the main quest more often than feel like they are supplementing it. In particular, you will often finish up with a quest or two while following the main storyline, and when returning to the previous area to report to your quest giver, will be given another side quest in the same area. Sometimes this leads to you discovering areas you didn’t catch before, but other times you just repeat that dungeon over again because a new enemy has spawned.

Super Neptunia RPG does offer a few upgrades to make your exploration of the 2D world a little easier/more enjoyable. You can get a pudding to jump on to get to higher platforms, and a double jump to reach across larger pits. These will become unlocked as you progress through the story. Beyond this, I covered most of the content in the gameplay section.

There is the exploration of lazily designed platforming levels, oddball combat that doesn’t every flow quite right, no matter how familiar you get with it, and tons of sidequests. I would say way too many sidequests. Each Save point is a new fast travel point, so you could hypothetically reach a new save point and warp back to a previously visited area to rest, stock up on items, or fulfill quests before returning to the new Save point and finishing the dungeon.

All of that is pretty cool, but it seems like too much streamlining in a game that is already one of the easiest I have played. You can swap out weapons and accessories between battles, so that gives you a little more control over how battles play out, but it would be preferred to just have permanent skills and a menu select to properly strategize.

Super Neptunia RPG has occasional voice acting and decent music. The music isn’t anything too impressive or innovative, and I ended up muting the sound in most longer dungeons to save myself the looping from getting on my nerves.

Unfortunately, that also meant I was never too compelled to turn the music back on after completing the level, and so I actually had to go back to certain areas just to hear the music again. It is widely forgettable. There is an option for English or Japanese voices, though.

Super Neptunia RPG has a bright and cheerful art style, and the animation is smooth. The level design itself is very underwhelming, but the locations are at least pretty to look at. I was always able to tell where I was, but it was sometimes difficult to tell where I needed to press up or down when I was walking up/down an incline to get a different part of the map. This isn’t too problematic, but rather just a minor annoyance. Primarily played the game handheld, and it ran buttery smooth.

While I haven’t played much of the Hyperdimension Neptunia series proper, I think it is fair to say that Super Neptunia RPG is quite obviously a spin-off, and as such doesn’t quite feel like as much love was put into it. The game isn’t offensively bad, but it also feels very generic and unexciting overall. I mentioned earlier that the game was too easy, but honestly, if they had made it much more difficult, it wouldn’t be worth the effort of playing at all.

I think the game could have been improved by allowing you to keep a full party as soon as the other members are introduced, and by having menus to give everyone the option to participate in battle without making it so limited to their position at the time and how many Action Points you had. Why have a party when you can only perform 1 action for every 3-6 the enemies take?

Super Neptunia RPG is a fine enough stop-gap in between main entries in the series and will appeal more to the series’ core audience than some of the other spin-offs by being primarily an RPG in nature. The 2D side-scrolling RPG has seen more entries in the last couple of years than I believe it ever did in the glory days of 2D gaming, and this one isn’t even among the top 5 iterations of that. Super Neptunia RPG would have been perfect in the days of rental stores, but now it’s little more than a cute addition to your Hyperdimension Neptunia collection.

While I often hate doing this, I will say that while this didn’t get a full retail price of $59.99, the $39.99 price point that we associate with handheld games would have been a more suitable fit. That’s really where it feels like Super Neptunia RPG belongs, as it feels like the spin-off you get on a handheld device when handhelds weren’t capable of running a full version of a 3D series game.