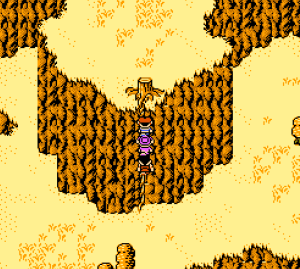 As it stands, however, EarthBound Beginnings is merely average. In its best moments, it comes off as a rougher – yet charming – outline of a concept that would find its full maturity in the Super Nintendo; at its worst, though, it is badly hurt by spikes in difficulty that make a lot of its combats seem unfair and by an absence of direction that can easily cause one to get lost in its pleasantly vast and open world. Due to those shortcomings, the game becomes worth it only to those who are huge fans of the saga or to RPG lovers who can take the constant grinding without being overcome by frustration or boredom. Without those thorns, EarthBound Beginnings could have been thoroughly lovable in its strangeness and heart; with them, it becomes a quirky and moving tale that is obscured by a lack of much needed polish.