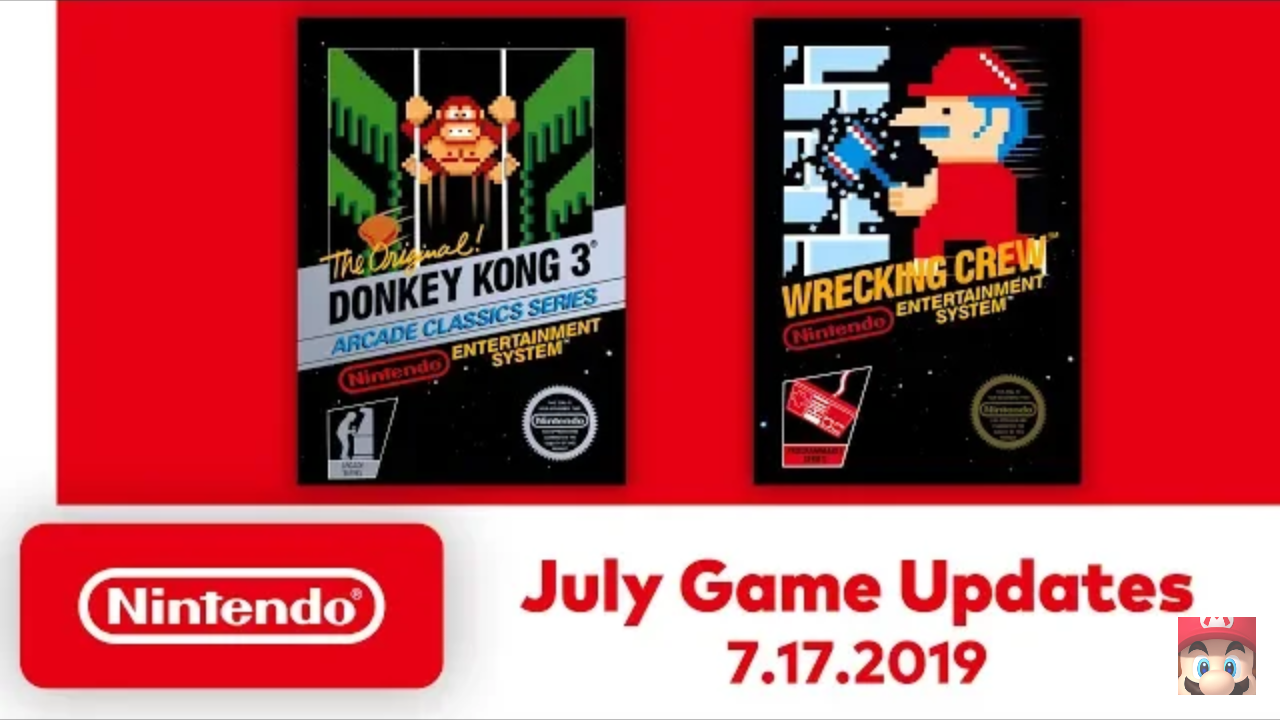 Nintendo have released a new trailer showcasing July’s offerings to the Nintendo Entertainment System – Nintendo Switch Online service. This month will see Donkey Kong 3 and Wrecking Crew added to the ever growing list of NES games.

That’s not all though, a rewind feature is also being added to all games available. This will allow players to unmake any mistakes they have made by holding ZL & ZR together and selecting a previous moment so they can correct where they went wrong.