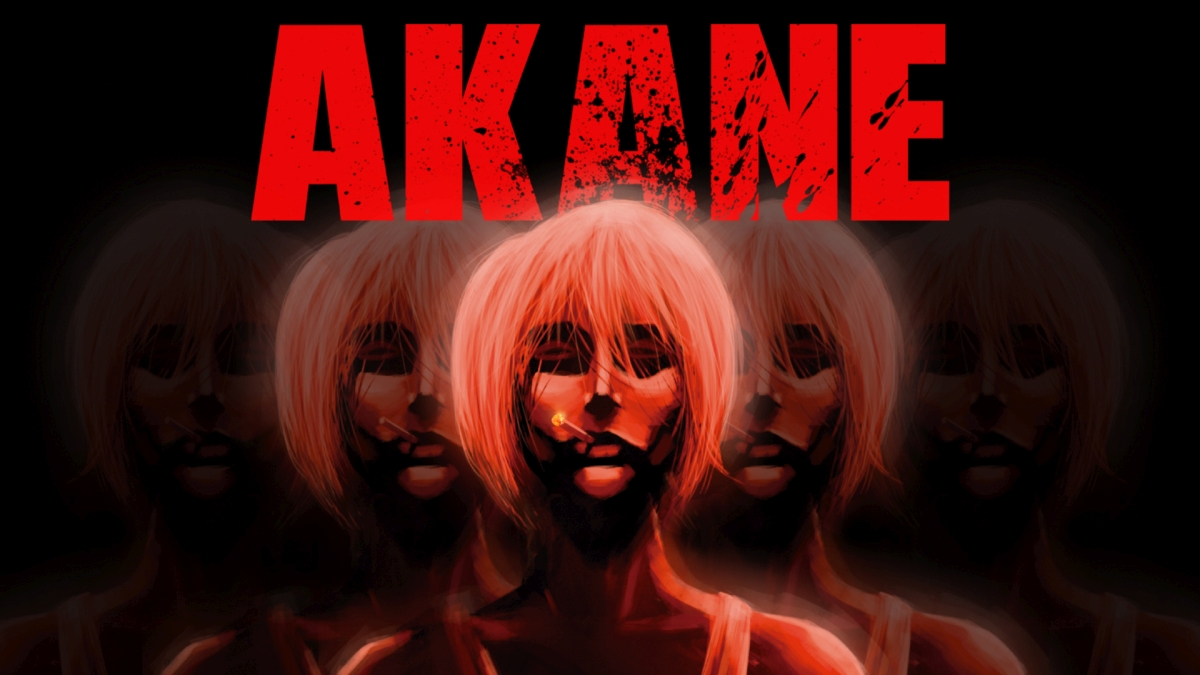 Akane was previously released in 2018 on Steam for PC and Mac to mostly positive reviews, though as you read through this review you will see that your mileage, like mine, may vary. A half a year later developer Ludic Studios, with the help of QubicGames, have brought their slash and shoot to kill game to the Nintendo Switch.

The story in Akane is thin, and I mean paper thin. From what I could tell via some dialogue found in the optional tutorial section, you play as Akane, a young lady who was taken in by an old man while you were very young.

He then teaches and trains you to be an assassin mastering the katana and various guns. At some point, the man is being hunted down, or maybe he was killed (I am not 100% sure). That is where your one screen, one night to kill, mission takes place.

As I mentioned above, Akane is a slash and shoot to kill type game. The basic gameplay is sort of twin-stick shooter, with a bit of rhythm/timing based mechanics thrown in for good measure. You attack waves of enemies from lowly grunts, to dual sword wielding guys in suits, to larger tank-like brutes that take several slash or shots from your gun.

Attacking enemies requires timing of both movement and slashes of your sword. Each slash of your sword expends stamina, which can be replenished by standing still, off-loading a few bullets at enemies and, time spent without slashing your sword. Each of these options leaves Akane vulnerable to attackers and so begins the dance of death, so to speak, as you manage sword slashes, stamina, bullets, and the leveled battlefield.

Along with attacking enemies with your sword or shooting them with your gun, you can dash to get away or quickly lay waste to a foe, or use a blocking maneuver to deflect bullets or incoming sword attacks from bad guys.

The game requires that you balance all of these things in a give and take sort of way. Because you run out of stamina or bullets and enemy waves keep growing you must resort to moving constantly to maintain the upper hand. It is easy to feel overwhelmed in Akana, luckily though you have two other moves which you may use to dissipate the onslaught.

As you attack in succession you fill your combo multiplier which can be stored up as a stamina attack where Akane can unleash a straight lined slash move which has the ability to take out a handful of enemies in one shot.

If you save your multipliers to fill up three bars you can attack all enemies on the screen with a room emptying zig zag sword attack. Each of these moves requires timing though, as the world only slows down for a few seconds, leaving Akane vulnerable to an attack leading to her death.

The game is a shoot, slash, die, repeat affair which takes place all in the same one arena which can wear thin rather quickly. Enemies come at you from all corners in varying intensities. The main goal is to kill 100 foot soldiers in an attempt to meet and defeat the boss.

Each time you play the game there are achievements you can unlock to discover upgrades to your katana, boots, available guns, and more. While these give incentive to work towards, only the best of the best will unlock everything, because Akane is difficult and sometimes downright unforgiving.

Since the game is one hit and you’re dead, you will die a lot. The game does allow you to start another round instantaneously over and over again. To its credit there is this sense of ‘one more round’ which eggs you on as you know you can get a higher combo, kill more enemies, and reach and defeat the boss. In some ways, Akane feels like a mobile game vying for your eyes and attention with its addictiveness.

If there is one area where the game shines is in its audio presentation. The futuristic synthesizer tracks are reminiscent of the ‘Stranger Things’ theme song, which has both an era of nostalgia while also sounding as if they belong in the year 2044.

Soldiers grunt and groan as they die, and some enemies even call out to you in a pixelate gibberish sort of way. There is dialogue in the game, but that is all delivered via text boxes accompanied by talking heads.

Akane has one arena area, a short tutorial, and a handful of grunts and soldiers you will fight. After a few rounds, you have seen most of what the game has to offer. With its simplistic graphics and neon lights and futuristic backdrop Akane is easy on the eyes as a pixel art visual style. The enemy variety and movements are lifelike even in their simple pixel animations.

Even with dozens of enemies on the screen or during the usage of Akane’s powerful sword strike the game maintained a smooth and steady framerate. I wasn’t too concerned with this as the visuals are simplistic in their scale and delivery.

The game is easier to play, in my opinion in docked tv mode over handheld, just due to the quick movements needed and being able to map out your overall strategy in the arena.

Akane has two different modes the main game and a tutorial section. That is it. One thing that could be good is for the developers to include some varied background locations just to add a bit of difference to the game environment. As a budget title, it’s understandable but if they expound upon the single in-game location, there could be a nice hidden gem here.

After a few rounds of Akane you have seen the entire game. You may not get to the end boss and defeat him on your first try, but you will probably be bored sooner than you will unlock all the added upgrades the game has to offer.