The Splatocalypse looms over the world of Splatoon 2! Will you side with Pearl and embrace Team Chaos, or join Marina and enforce Team Order in July? 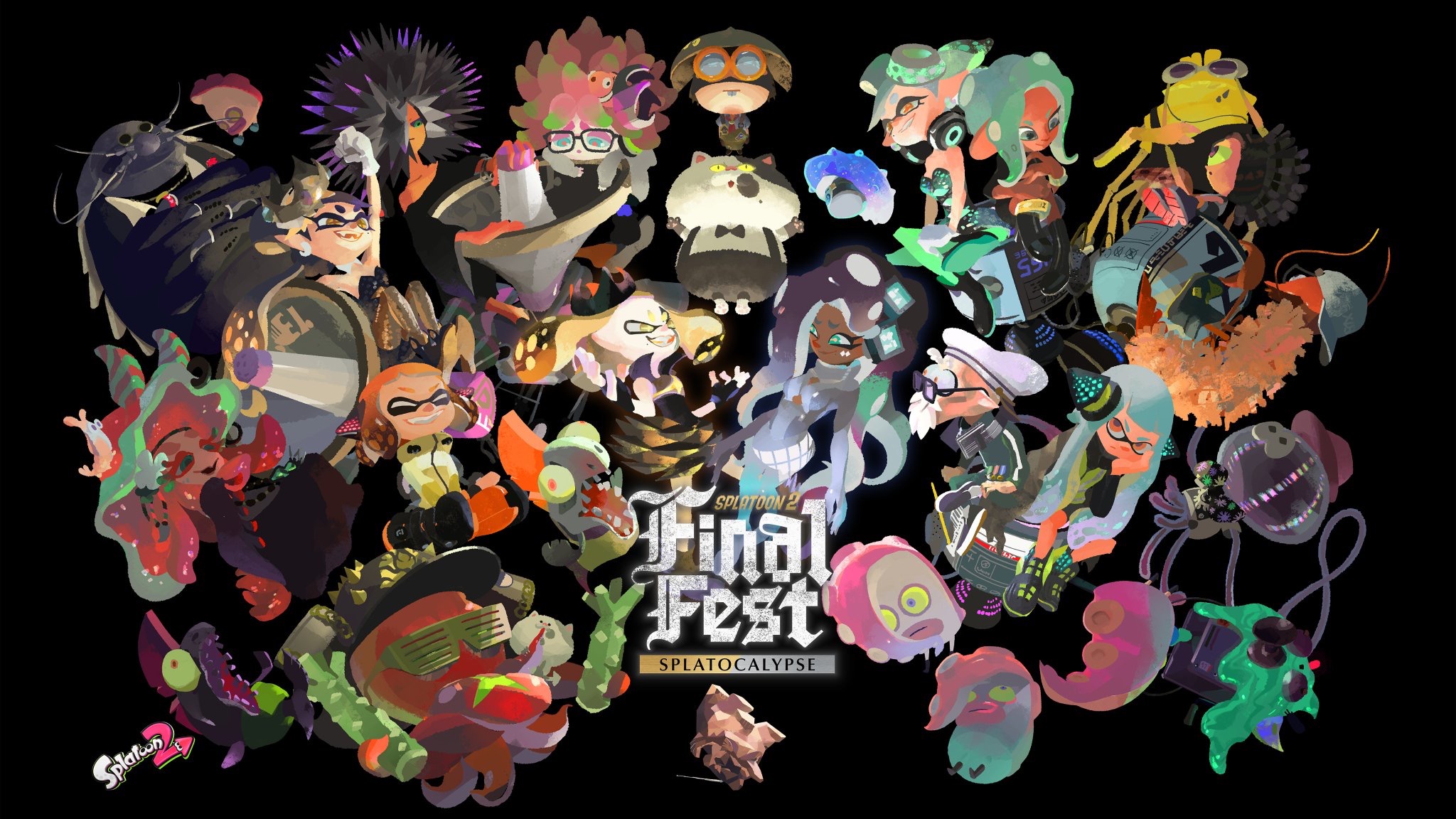 Coming from the Nintendo Splatoon 2 World Championships Squid Research Lab has a special announcement for fans! The final Splatfest has been revealed, will you fight for Team Order or Team Chaos?

It’s been two years since the launch of Splatoon 2, and now the shadow of the Splatocalypse is coming! This final Splatfest asks “Which world would you choose? Chaos or Order?”

Will you fight for a world of chaos, with an ever-shifting blur of boundaries and borders, where the only path through the confusion is that which you carve out for yourself? Or will you battle for a world of order governed by an unwavering discipline, in which your path toward a promised future is straight and well-paved? The time has come and the choice is yours!

This Splatfest will be a 72 hour event running from 7/18 at 5am PT until 7/21 at 5am PT, wrapping up exactly two years from the game’s initial launch. Make sure not to miss this be all, end all “Splatocalypse” extravaganza!

In addition, a new Shifty Station stage will be added for this Final Splatfest, and all 23 of the previous Splatfest-specific stages will be making a reappearance, too. The 23 previous stages will surface in a constantly…shifting rotation for the first 48 hours, with the new stage making its debut for the final 24 hour period. This is just the chance to relive all your favorite Splatfest battle memories!

We’ll also be releasing some special gear to go along with the Final Splatfest. Each side will see two pieces of unique headgear inspired by the themes of chaos and order, for a total of four! Look for an upcoming report from Squid Research Lab (Splatoon 2) Nintendo Switch News Channel in late June to find out how to grab this great gear!

Following the Final Splatfest in late July, the Ver. 5.0.0. Update is planned for release. This update will add the “Turf War (Splatfest)” option to Private Battles, allowing you to battle it out on any of the 24 Shifty Station stages.

Playing in “Turf War (Splatfest)” will also cause all 23 of the normal stages to appear in all their nighttime Splatfest splendor! You’ll also be able to select team ink color combinations from all those used in previous Splatfests. Get together with your friends and host a private Splatfest-themed party of your very own!

Who will you choose fellow Squid Kids? Are you Team Chaos or Team Order? Let us know!