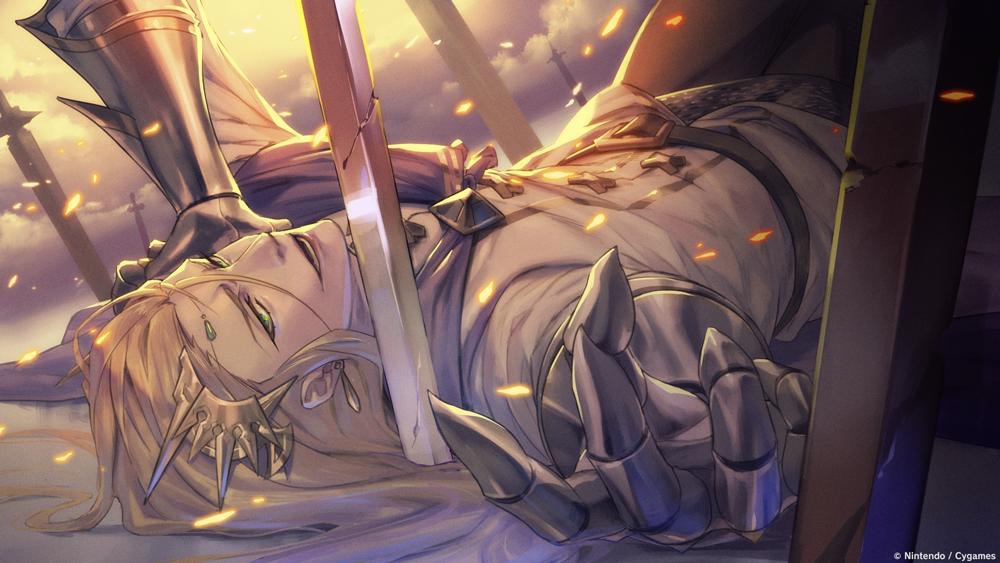 It is now April 18th, which means Dragalia Lost has had an update! As mentioned previously, High Mercurys trial is now available alongside Chapter 8 of the main story. A new Summon Showcase is also now available including two new characters and one new 5* Dragon. Catch all the details below:

1. High Mercury and the Fafnir Statue (Water) facility were added to the Advanced Dragon Trials section of Treasure Trade

The High Mercury dragon is described below.

The Waterwyrm Mercury after releasing her true powers. Her immense mana acts as a great current that coats her body. With the kindness to protect those she cares for-and the strength to repel all threats-she’s a truly wondrous dragon.

Deals water damage to surrounding enemies, draws them toward the user, and inflicts bog.

If the user is attuned to Water, increases HP and strength by 30%.

The stats shown here represent the dragon at maximum level, maximum bond, and fully unbound. They do not represent the stats when first obtained.

The Fafnir Statue (Water) facility is described below.

Boosts the HP and strength of water dragons.

2. The Queen of the Blue Seas wyrmprint was added to the Imperial Onslaught section of the Treasure Trade menu.

The Queen of the Blue Seas wyrmprint is described below.

Catching word of discord in Valkaheim, the prince and his friends head north to discover the truth…and when they do, they find themselves face to face with Alberia’s strongest prince and his verboten pactbound dragon!

We hope you’re looking forward to the latest chapter!

Chapter 8 of the main campaign, Entwining Flames, will unlock if you clear Ch. 7/5-6 “A Bond to Unite the Land”.

All featured adventurers and dragons will have increased appearance rates!

The changes to summoning which were announced in the “Changes to Summoning” notice will be applied after the maintenance planned on 11:00 PM, Apr 25, 2019.

While there are no featured wyrmprints in this summon showcase, they are in fact still included in the pool.