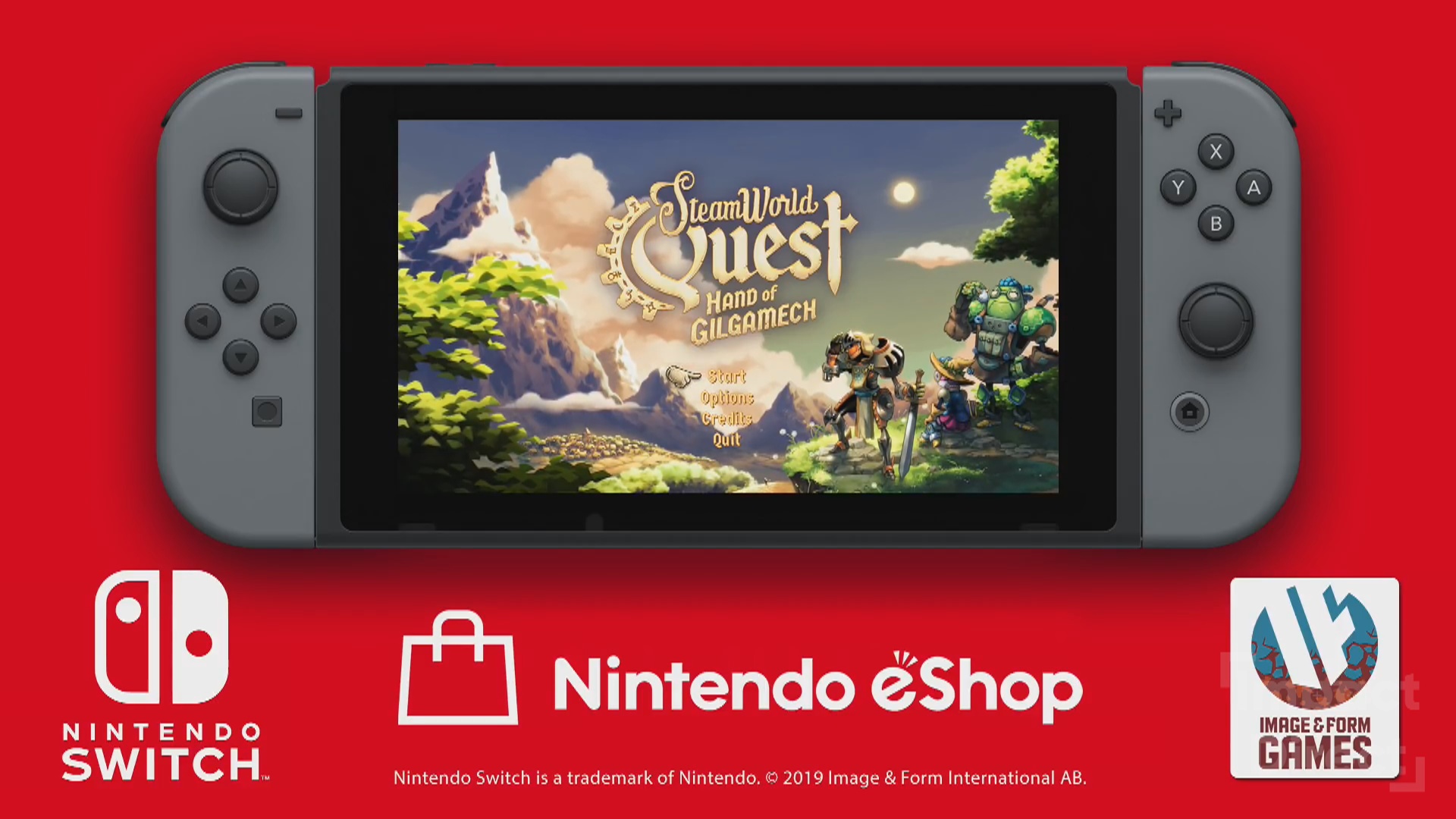 I was lucky enough to be one of the first group of members of the public on the planet to play the latest, and quite possibly greatest offering from the incredibly creative and talented people over at Image &  Form.

SteamWorld Quest is Image & Form at their inimitable best, but what’s immediately apparent is just how stunning it looks. The most obvious point is that due to the nature of the title everything is a lot closer to the screen and as such offers more clarity.

That being said, there is no denying that Image & Form are a studio on top of their game and after over two years with a switch dev kit in hand, it’s blindingly obvious they know there way around the Nintendo Switch’s architecture and how to make that kitty purr.

often, for the sake of this very piece, found myself pressing the screenshot button. Call it reviewer-itis but the truth is, these were screens I wanted to share with the world, but can’t for obvious reasons.

Once I managed to stop gushing over the beauty of the beast that is Steamworld Quest, I set about experiencing this game as much as possible, in the short time I had afforded to me, all the while aware of the hot breath of a slightly larger member of the press repeatedly warming my neck.

Playing through the first area of the game, essentially a tutorial, I met a whole gaggle of gallant and gorgeously written characters, a blend of NPCs and party members alike. The games first boss, or mini-boss I should say (Petter of Image & Form explained to me that each of the game’s chapters has a mini-boss at the halfway point, and a fully fledged ‘big bad’ to close the level), is a gargantuan mushroom, resembling an angry king trumpet. He oozes swagger and style and really sets the mood for things to come, this is a game that is positively demonstrating its sheer class at every foreseeable opportunity.

The game controls are incredibly minimalistic – move with the control stick or D-Pad, interact with A. During battles there are a few more inputs + allows you to use items and if you’re unhappy with the cards in your deck you can hold X to swap up to two per round.

As for battles, they require you to think on your toes with a combination of buffs, protective and healing spells all thrown in to the mix, along with traditional attacks. Without giving too much away, when you start achieving combos, you can do some serious damage.

It wouldn’t be a SteamWorld game without a steam aspect and this comes into play in battle, with various moves, once implemented, building up your steam meter and allowing for some truly decadent cards to be played.

All in all, the fleeting time that I spent with SteamWorld Quest was just an utter joy, the type of gaming experiences that just entirely consumes you. I can’t say anything else for now, but believe me, by the time release day rolls around, you can bet your shiny metal ass that I’ll finally be sharing some of those screenshots I mentioned earlier with all of you.