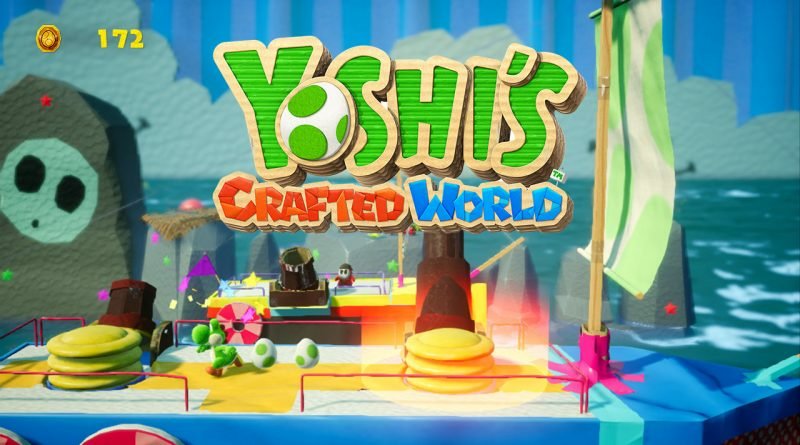 We’re back with another Yoshi’s Crafted World preview and this time, we are going to talk about amiibo and how soon into the game you can start using them to unlock special costumes.

Essentially, you can use them before you actually start playing. Provided you have the game and boot it up, after the initial story set-up told via a cut-scene packed with adorable cuteness, plays out, in the world map, players can hit the + button as soon as they want and then select the amiibo option. So, you don’t even have to play the first level, you can just dive right in.

When you do start using amiibo though, unlike in Yoshi’s Wooley World where amiibo enabled the players to create special patterned Yoshi that corresponded with the amiibo used, the amiibo costumes in Yoshi’s Crafted World are rather lacking.

With regards to amiibo that don’t have a distinctive character costume, other amiibo when used will result in an amiibo Box costume and because I’ve talked about the costumes enough, here’s some in-game footage of the amiibo process:

As a reminder, Yoshi’s Crafted World releases on March 29, 2019 but if you’re still on the fence about Yoshi’s next adventure, initial reviews will be posted on March 27.