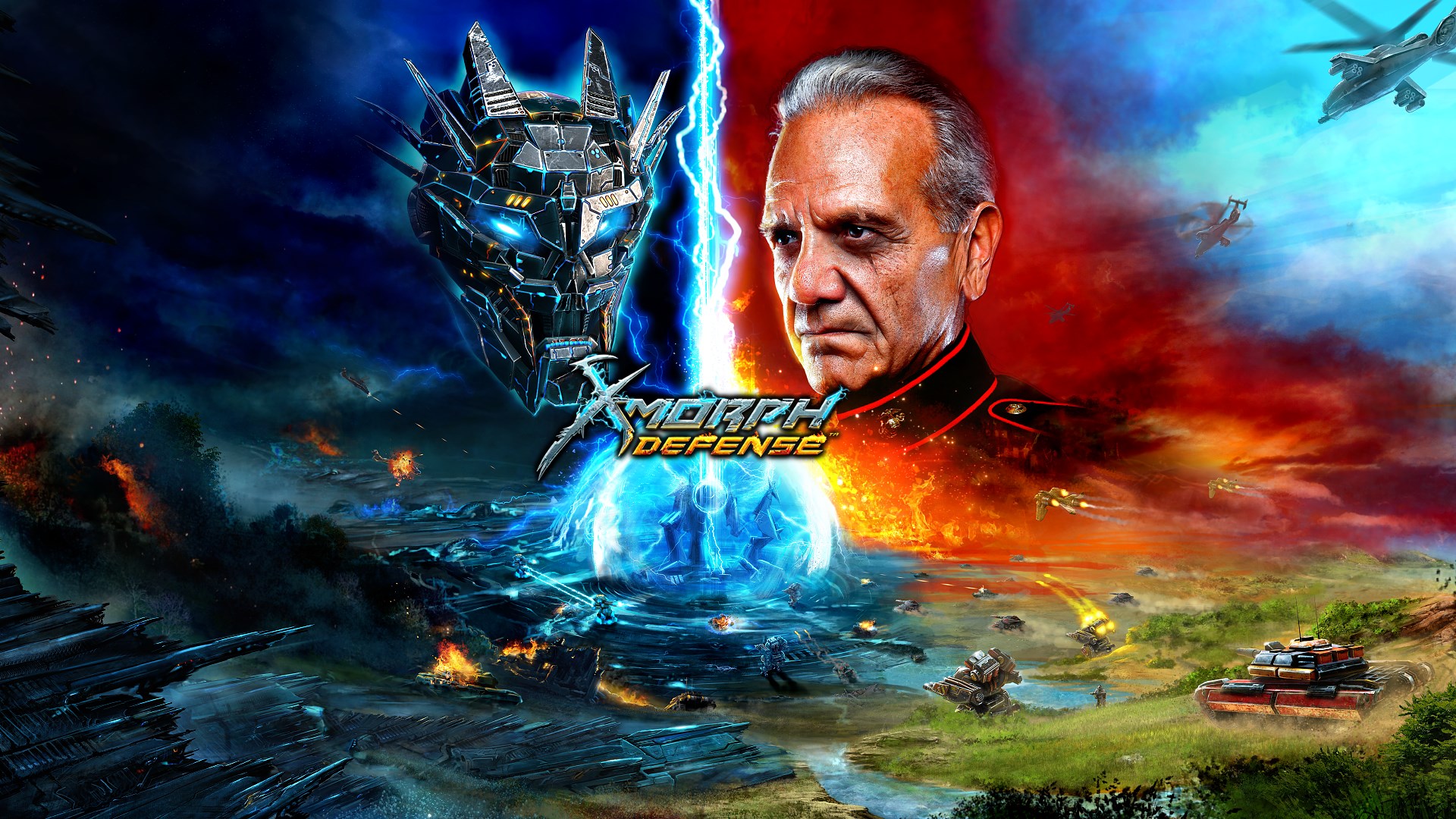 Aliens have landed on earth, and you’re the one invading!

X-Morph: Defense, from developer EXOR Studios, is a tower defense title that has a unique take of an alien race attacking earth and instead lets you play as the invading aliens. After dropping your giant harvesters into various cities across the world, you play an alien commander tasked with building up your defenses while taking down numerous waves of enemies on the ground and in the skies. The additional fighter mechanic adds a top-down shooter element to the gameplay and mixes both the action-packed fighting action with the more strategic tower defense genre.

Each of the over a dozen missions have a series of stages with some being mandatory and others optional, although it’s recommended to take on the optional missions as they’ll allow you to purchase more upgrades that will definitely help in future missions. Cities will be leveled and destruction will be everywhere while you form your turret barricade and attack the continuous onslaught of enemy troops. While playing you can jump between a ghost mode, where you can move around but stealthily add lines of defense aimed at diverting the flow of enemy troops onto the longest possible journey in order to allow more time to destroy them.

In action mode though, you get to roam around the battlefield in twin-stick shooter style, and fire at incoming enemies adding a twin-stick shooter style. X-Morph: Defense has a decent variety to the types of towers you can build and certain ones will do better against certain enemy units which are standard fare for tower defense titles. You’ll unlock many more types of defensive turrets as you progress through the game, but you’ll also get plenty of abilities and upgrades that you’re able to unlock in order to increase these different towers and make them more powerful.

I appreciated how you are eased into the different types of enemy units you’ll be dealing with by giving you a warning when a new enemy unit arrives. The further you make it through the campaign the tougher the enemies will become, such as dealing with giant enemy tanks, aerial assaults and even advanced infantry troops. Each mission has certain waves that you’ll have to survive, with some featuring more than other, and oftentimes they end with an epic boss encounter if you’re able to survive all the other waves.

Before a wave begins you’re given a certain amount of resources that you’ll be able to use in order to build some extra defenses. If a tower is destroyed you’re able to rebuild it right away if you want to, but trying to switch between the ghost mode to rebuild and then action mode can become a tricky balance you’ll have to get the hang of. You’ll be able to prep your attack each time before a new wave begins and you’ll get to see the incoming enemy trajectory of what paths they’re going to be taking in order to get to your base.

Blocking their paths becomes critical, as the best way to counter their attack is by making the journey for them as long as possible. This will allow you more time to deal with them, however, there has to be a path to get to you and it can be somewhat finicky when I would block them off one way only to have them move only slightly in one direction. I found this depleted the purpose of building the wall in the first place, but if you build enough of them and do it correctly it will force them to go completely the long way around.

When tackling missions, each has three difficulties with a fourth being unlocked after obtaining a gold medal, with players being ranked with a bronze, silver, or gold medal for how they were able to complete each mission. While I thought there was enough variety in the whole tower defense part of the gameplay, I wish there was more done with variety to the shoot ‘em up portion of X-Morph: Defense. It’s a nice added mechanic, but for the most part, I felt the tower defense gameplay had more variety than the shooter aspects.

It will definitely take some time to get through each level, especially with the amount of waves each mission ends up having, but it still may get somewhat tedious and repetitive for how long each mission lasts. You are always fighting in similar cityscape environments and similar troops with each location.

Even though you’re fighting in different countries, you still have a US force that’s basically leading the troops against you. In spite of the sameness, X-Morph: Defense does have some great particle effects and graphics with detailed landmarks and fluid gameplay. In the sound and audio portion though, you’ll hear a lot of the same voice clips repeatedly and especially if your tower is under attack with an annoying warning each time.

X-Morph: Defense is an interesting take on melding tower defense strategy with twin-stick shooting actions and successfully works well for the most part. There may not be as much depth as some hardcore strategy players would prefer and I wish there was more variety, but it ends up being an enjoyable experience. While not for everyone, I can easily recommend X-Morph: Defense for the shooter and tower defense enthusiasts.