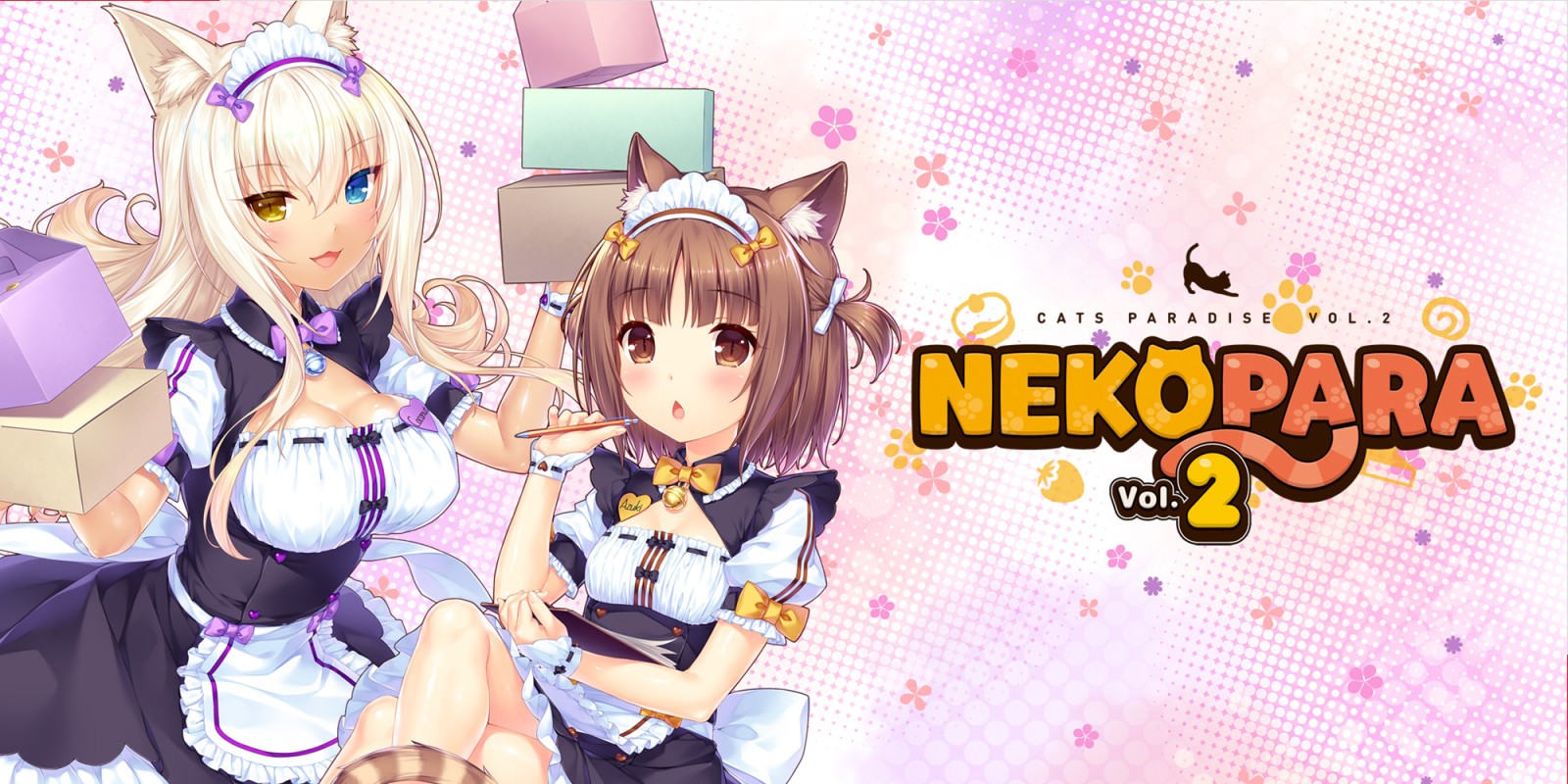 The catgirls are at it again!

In 2018, to the surprise of those familiar with the NEKOPARA series, the controversial series made its way to the Nintendo Switch in some capacity, thanks to the release of the first game in the series and its presence has gotten bigger.

Come Valentine’s Day 2019, NEKOPARA Vol.2 saw a worldwide release on Nintendo’s hybrid console and to make sure it’s a well-rounded package, it also includes the bonus story “NEKOPARA Extra: Kitten Day Promise!” which acts as a prequel story to the events in the main game.

Still, what is it about NEKOPARA that makes it controversial? Well, for those of you who don’t know and I hope those of you who are reading this are over the age of 16, it’s the adult nature of the game. You see, while NEKOPARA (Cats Paradise) is meant to be a visual novel of sorts that covers love, life and catgirls, in the uncensored versions of the game, protagonist Kashou Minaduki will commit multiple sexual acts with said catgirls.

Not only does he commit these acts, but in the uncensored releases, players will actually be able to see these acts play out and although the protagonist didn’t groom the catgirls, it still doesn’t change the fact that he did help raise them when he lived at home with his family and that some of them, (Chocola & Vanilla especially,) worship the ground he walks on.

What’s more, by the end of Vol.1, Kashou is in a committed relationship with both Chocola and Vanilla and yet, in the second game, they will help him to seduce Azuki and Coconut and have his way with them also. Yet, just like with the last game, the actual delivery of the story, dialog and general events, do come across as being more bittersweet than it is completely creepy.

By no means am I condoning the things that happen in the NEKOPARA games, but I do want it made clear that should you give the games a try, there is more to them than meets the eye, but as far as the Nintendo Switch version is concerned, you will never have to worry about the unsavoury side of the game, since the full-on sex scenes are removed.

Not everything has been completely removed though, since imagery of catgirls in a hot tub (with their private parts covered up, of course,) and imagery of them in their underwear, does remain. With almost the majority of the mature content gone though, NEKOPARA Vol.2 does become a tame love story and on that note, let’s start covering what this “clean” version does offer.

Acting as a sequel to NEKOPARA Vol.1, things have been going well for the patissiere that Kashiou opened in the first game, only nothing good lasts forever. Although La Soleil now has Kashou, his sister Shigure and six catgirls to keep it afloat, a rift between eldest catgirl Azuki and the clumsy Coconut, is set to play out the game’s three to five hour long story, depending on how long it takes you to read through all the game’s text.

In typical NEKOPARA fashion though, throughout the main story of Vol.2, there are plenty of moments of sisterly love and humour that may or may not go straight over your head.

Furthermore, there is voice acting throughout and compared to some Japanese voiced games, instead of NEKOPARA Vol.2 being another of those game’s with deadpan Japanese audio that doesn’t seem to have much emotional range to it, there is some life to the voices and if you wish to hear the recent line of dialog be repeated, simply pressing the minus (-) button will take care of that for you.

Should you wish to hear a piece of dialog that occurred earlier, whilst “playing,” simply press the X button to bring up the backlog and select your desired line, just note that Kashou’s lines are unspoken.

Since I have started on button inputs though, it would be wrong if I didn’t cover the gameplay right now, so let’s get on that. Being a visual novel, there isn’t much in the way of gameplay, but when “playing,” pressing the L button will pause the ensuing sequence and allow you to engage with the characters present on-screen by touching and stroking them with either the supported touch-screen controls or combined button commands.

If you’re in a hurry, you can always use R like a fast forward button to skip through the dialogue and press it again to stop it. Should you breeze past a scene you find particularly interesting though, you can always press X for the backlog and then jump to a previous instance, although doing so will cause unsaved data to be lost.

On the off chance there is a scene you want to view again, such as one of the earlier exchanges between Azuki and Coconut and you do come across it, you can press B to remove all displayed text and features, in the hopes of getting a clean screenshot of a favourite in-game moment, or just picture in general that you can then use as an example in a review.

The most important button of them all however, is Y. While + will enable and disable auto text and A can be used to skip to the next line of text, Y brings up the game’s pause screen, which is useful should you wish to save your progress, load a specific file, consult the game’s menu, change in-game configurations or just quit to the main menu.

Talking of the main menu, when you first start playing, the Extra story is not available just yet, as players are required to experience the main story first, in a bid to unlock it. Not only does “beating” the game allow you to unlock an extra mode, but you can earn images, music tracks and movies, which can be viewed via accessing the game’s Extra menu from the title screen. To get every unlockable going however, you will also need to go through the entirety of the extra story.

As regards to the game’s performance, with no noticeable frame rate drops and encountered bugs, NEKOPARA Vol.2 does in fac,t run smoothly and with a huge amount of supported save files, the simple fact is, as long as you like NEKOPARA Vol.2 and its characters, there is no reason why you couldn’t spend more five hours with it. Personally, I can’t wait to jump into something else.

With the mature content removed, despite some subjective scenes, you can class it as being a fairly wholesome visual novel. Although it’s not completely necessary to have played the first game to enjoy this one, it certainly does help while there are better visual novels out there on Switch, NEKOPARA Vol.2 is by no means the worst one and nor is NEKOPARA Vol.1.

Just don’t go playing this one anywhere at any time. It might be tamer, but with catgirls dressed up in maid-like outfits, you’re going to have some explaining to do when you notice people staring and peaking over your shoulder.