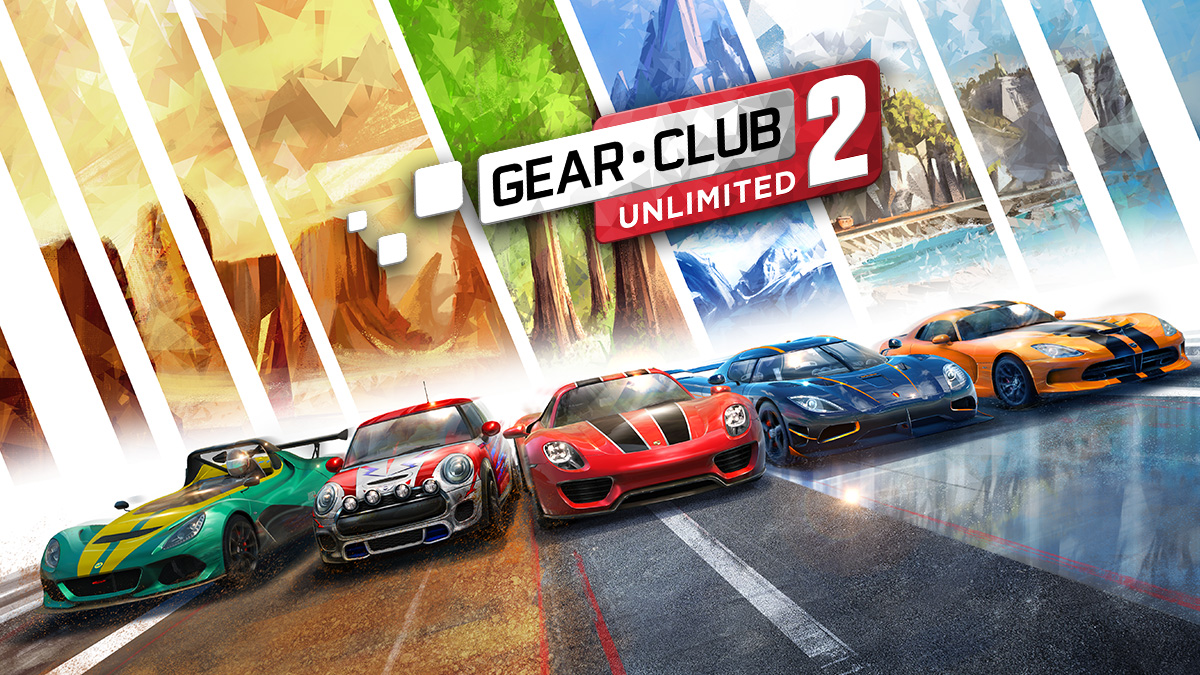 When it comes to the story, Gear.Club Unlimited 2 is very light and has you start as the rookie driver, working your way up through the ranks like many racing games, or most games do in general.

The story is almost non-existent to me as the text boxes took longer to read between races and really just set up the next race or gave instructions on what you could do better next time around. Early on in the game though there are some tutorial pieces that are placed within the text boxes, so if you do plan on playing the game pay attention to the instructions you are given, as that will be very helpful in your first playthrough.

Gear.Club Unlimited 2, at its core, is a racing game. You will enter into various cup races which have around 5 races within them. Scoring the most points will net you higher rewards, though placing less than first will also reward you with some money.

The idea that you earn money no matter how well or poor you do is great for people that want to race but may not do as well as they need to in a bid to earn money. Placing lower will mean that you will have to grind a bit to earn more money, and thus, better cars.

Along with the 51 cars, which includes Porsche 718 Boxster, 918 Spyder, 911 GT2RS, Dodge Viper, Lotus 3-Eleven or McLaren 720s, there are also modifiers you can purchase for each of your cars to upgrade them along the way.

Outside of the racing portion, you can move around your virtual workshop where you can: change the color of your car, add decals, buy and change out engines and gearbox upgrades and more. Your virtual workshop can also be designed and laid out the way you want complete with stations for upgrading your vehicles, as well as, place decorations like couches, vending machines, and fauna.

The map in Gear.Club Unlimited 2 boasts over 1800 miles of road for you to drive through. There are a variety of race types including standard race to finish matches, an elimination mode which removes the racer in last place every 20 seconds, and a ghost/time trial type mode. Since there is a variety of race types within each cup, though after a few hours you will feel as though as you have seen everything.

The main drive for Gear.Club Unlimited 2, and many racing games, is to get all the cars. Since Gear.Club Unlimited 2 only has 51 cars, the game is potentially not as robust or demanding as games like Forza, though going through and buying each car in the game will be very time consuming for anyone looking to try.

Each stage is beautifully rendered and gorgeous, though because of the Switch’s lack of overall draw distance, and the fact that Gear.Club Unlimited keeps the races focused on the track, there isn’t much in terms of things off track to look at or experience. I am not saying that the visuals are bad, it’s just limited to what you can get in racing games on other platforms.

As I said earlier the story is told through pop up dialogue boxes with drawn characters accompanying their respective conversation threads. They are well done and help to bring characterization to the game, but in the end, they are mostly forgettable ‘talking heads’.

One really lacking area in the game is the in-game music…there isn’t any. Each race is primarily just you driving and hearing only your car engine, the sounds of other cars and their engines, and the sound of your car drifting around corners. The lack of in-game audio either a car radio or just music in the background left the game feeling a bit barren.

The car engines sound great, and while I don’t know what a Lotus 3-Eleven or McLaren 720s sound like in real life, I did feel as though the engines revved with a feeling of power and sounded different from car to car. The sound of your car as you drift from asphalt to dirt shoulder, along with the HD rumble vibrations from the controller, also was very immersive.

I didn’t encounter any bugs in the game, but I did notice some stuttering and clipping in the workshop environment. For instance, when you would shift out of an engine or gearbox selection sometimes the frame rate would drop when a worker would cross into the workshop to use the computer or modify your car.

Also, clipping would occur at times as your engine just magically dropped in and out of your car from a crane that would go through your hood. Those little graphical annoyances were not often, but it did seem silly to see from time to time. One noticeable admission and this is more of a tragic flaw of the Switch’s Joy-Con or Pro Controllers, is the lack of any analog triggers. I found myself desiring analog over digital gas and brake pedal controls as feathering (tapping on and off) the gas or brake wasn’t as precise as I would have liked.

This, however, is more of an overall Switch issue, and not just regulated to Gear.Club Unlimited 2. That being said, it is something I wish Nintendo would figure out in their next hardware iteration of the Switch…or next console altogether.

Gear.Club Unlimited 2 is a solid sim racer game for fans of the genre. When it comes to Switch there isn’t much else to choose from, so if racing simulation is your jam, then Gear.Club Unlimited 2 will keep you covered for a long time. If you do, however, own another system, and tend to enjoy fully fleshed out racing games, then you are better off racing elsewhere.

In the world of Forza and Indycar racing games, Gear.Club Unlimited 2 is a bit of a black sheep. While it’s competent as a game, it does come at a high price tag, currently $59.99 on the Switch eShop & retail stores. It’s not a bad value, it just might be slightly overpriced for what you can get on other platforms.