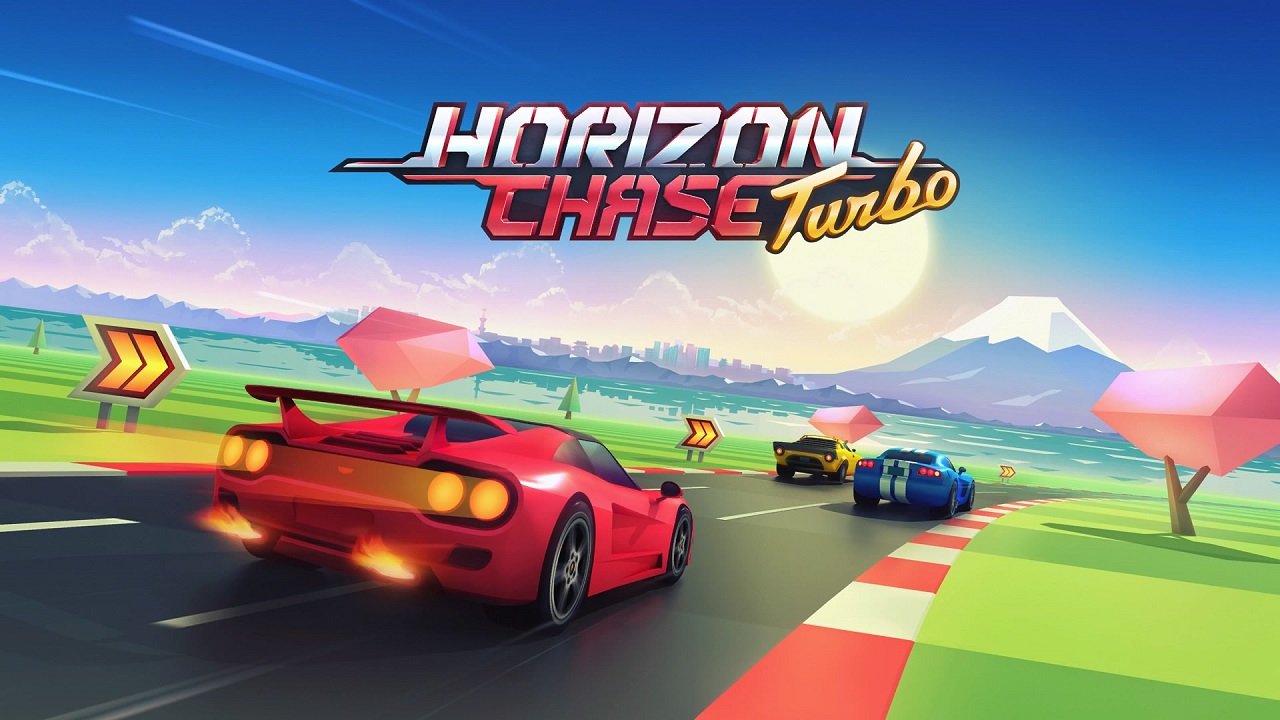 Race through a brilliant homage to a classic…

If you ever had a Super Nintendo and I ask you to think of a racing game, Super Mario Kart will probably be the first game to come to your mind. That is also true for me, but another game (or games) that will also probably come to my mind and to many other people’s mind (especially in Brazil) is any of the Top Gear games.

Being released in the ‘90s, the Top Gear franchise was an amazing racing franchise that I still return to play on my SNES every now and then and that impact is seen not only in myself, but in many other people, especially my fellow Brazilians, since the series was a massive hit here.

Inspired by these classics, the Brazilian Aquiris Game Studio decided to create a game that took the inspiration from the franchise and brought it to the modern age, and so Horizon Chase Turbo came to be and now is finally available on Nintendo Switch. Will it be a winner Aquiris want it to be and claim first place?

From the moment you boot up the game, you will notice that the game’s visuals never attempt to be realistic as in the Forza Horizon series. On the contrary, Aquiris went for a more cel-shaded, lower poly visual that makes this game get an easy identity that is kept throughout the game and adapts well to the different places and visuals around the world.

I never found a race track or background image that I thought was outdated, ugly or didn’t fit in the location they were trying to represent. Each race track is also easily readable thanks to the design and object placement along the tracks, so it was quite rare for me to turn the car in the wrong direction. The only thing that never really impressed me was the design of each countries race track menu, but they are good at least.

Since Horizon Chase Turbo has a huge influence from Top Gear, there wasn’t anyone more fitting to create the soundtrack for this game than the inspiration’s original composer Barry Leitch. And, of course, that may be one of the things that surprised me the most as the quality is on par if not better than in the Top Gear franchise and for those that played the inspiration, you may even find something very familiar in the soundtrack.

This also applies to the sound effects that really helps to deliver on the nostalgia factor while also fitting with the way this world is represented. If possible, play it without any external sound interference of using headphone and you will not regret it.

Visuals and sound effects are great, but how well does the game control and feel? That is an interesting thing that I want to approach in 2 aspects: how it compares to the source of inspiration and if it fits the modern day gaming controls.

Top Gear’s controls were very basic, featuring buttons to accelerate, use nitro, use the brakes and shift gears (if you chose to do it manually). With the exception of shifting gears, all these options came back in Horizon Chase and work as well as it did in the original and they aren’t outdated!

The controls are so easy to pick up and will never have you feeling like you don’t have total control of your car. So, if you make a mistake in this game, it is because of your actions and not due to poor on the game’s part. Also, when you do an amazing passing through opponents, it was because of your amazing control skills, so you feel a satisfying sensation that was common in the original and in the Mario Kart series.

Two aspects that also have a huge impact in a race are Nitros and gasoline. Nitros offers temporary and limited speed boosts that can be used with a press of a button and will allow you to cover that distance from the first place, but that will need precision controls to master its full potential.

As for Gasoline, you will need to pick up as it up as you go, because running out of it will resort in the race ending sooner rather than later. Furthermore, if you want to get the best times and win the races in this game, get ready to understand and fully use these aspects, because they make they may be the key to victory.

Horizon Chase Turbo offers 4 game options that are unlocked as you keep playing the main one. The main option is World Tour, a race in many tracks in 12 different locations around the world. In it, each race is a unique experience that demands you to try and win each one, but also collect coins scattered throughout the race. The points won in each race will unlock other cars, upgrades, modes and places, and get increasingly difficult as you go through, but will never stop being a fun experience.

Tournaments is the first mode to be unlocked and features cups, with each one consisting of four races that have to be tackled one after the other. This mode is very interesting to play and can be played in a small playthrough of 10 to 15 minutes, but it is also very fitting for the multiplayer aspect of the game, being an interesting competition between up to 4 players.

Playground is a new addition that is coming with the Switch launch and is the main online mode. It is a set of race challenges that will be swapped from time to time and that demands you to get the best time racing alone or while winning a race.

This mode is the most conflicting one for me as it seems to be a good mode to keep coming back to, but also reminds me that no online racing exists in the game. The online interaction is through leaderboards and that isn’t appealing to everyone, but online racing could come with a future update.

The final mode is Endurance, in which you have to complete a series of races (not necessarily one after the other), getting to the 5th place or better in each. Losing one means you are disqualified to go to the next race and it may be the ultimate challenge for those that want to complete the game.

Finally, I have to report that I ran into quite a few bugs throughout my experience with the game, especially after applying the launch update. They aren’t going to make you lose your save, but you will have to close and open the game again, at the risk of losing your progress in one race.

As both a Top Gear fan and a racing fan, Horizon Chase Turbo is an amazing experience that it is hard to put down in words. Even though the bugs are frustrating at times, they can easily be fixed and don’t hinder the wonderful experience that Aquaris has created. Now, do us all a favour and stop reading this review, so that you can go buy/play the game because if you don’t, you are missing an amazing experience.