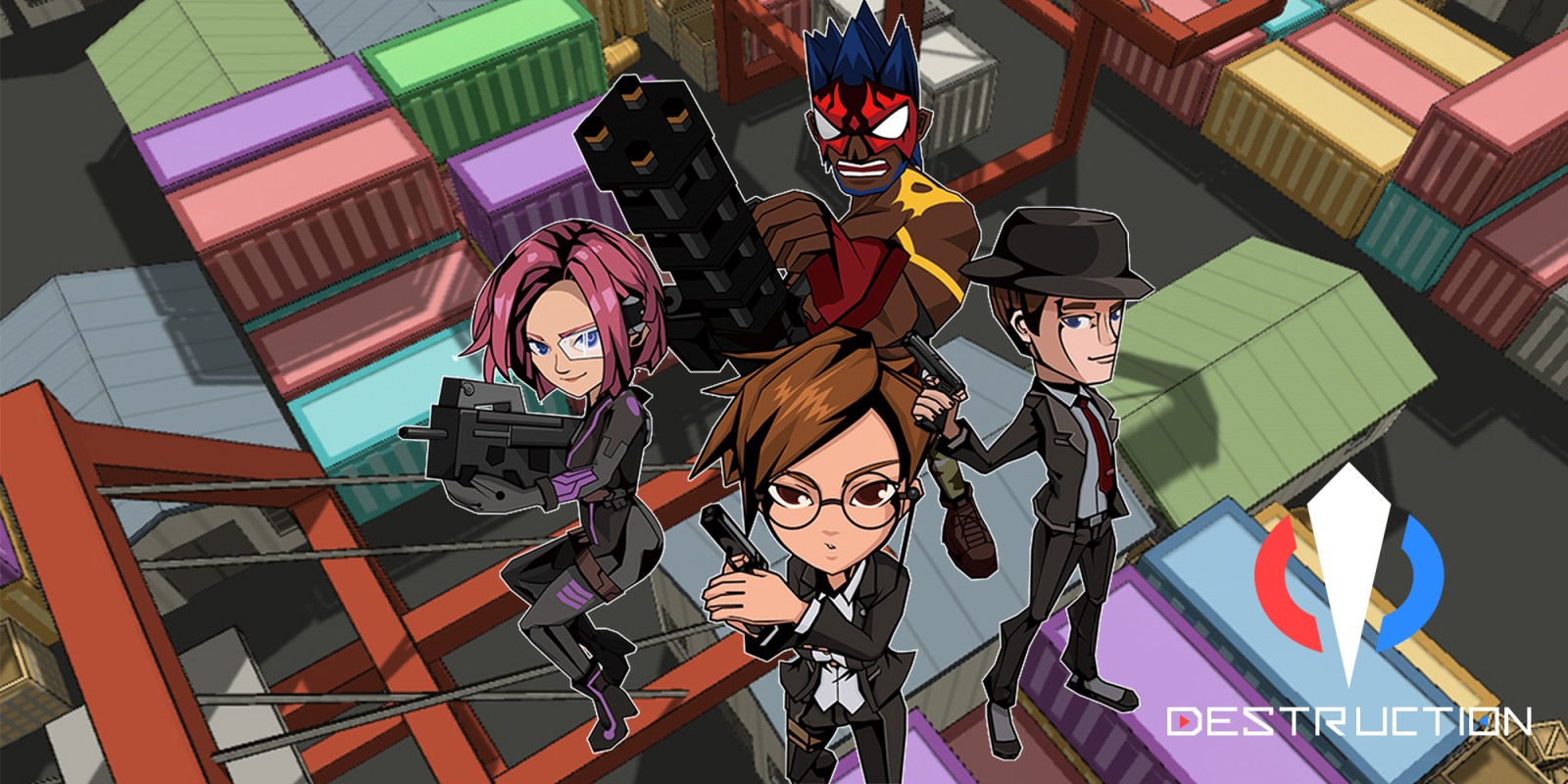 It is time for the Super Soldiers to awaken!

Released worldwide on November 15, it should come as no surprise that Destruction would go unnoticed, especially since it released so close to Pokémon: Let’s Go, Pikachu! and Pokémon: Let’s Go, Eevee!, but it is time to give this game its moment in the sun, because it is a rather pleasant title.

Developed by Rising Win Tech and published by COSEN (previously brought Behind the Screen to the Nintendo Switch earlier this year,) Destruction is an action/adventure game that is not as destructive as its title makes it sound.

In terms of story, the events of Destruction start in 2050. Conflicts all across the world were becoming all the more serious and resources are scarce. Fear could be felt the world over, and just when things couldn’t look any worse for the planet and those who call it home, a solution soon appeared forth.

A secret organisation activated Project X and the best of the best were brought in, turned into super soldiers and in no time at all, the issues of the planet was resolved. Project X had restored peace, only to then have the AI that ran the project, be shut down and have the elite soldiers put to sleep.

For all intents and purposes, it is this point where our story could end, except the game isn’t about the soldiers missions and how they saved the world the first time around, it’s about what happens many years later on, when the secret base housing the heroes is broken into, causing the AI to power on and wake up the soldiers. It is then from that point on that the super soldiers must come to grips with what is going on and prevent attacks of terrorism.

On the surface, with its comic book-like art style, Destruction looks and feels like a game that was developed specifically for mobile devices, but you will find no touch-screen controls supported.

Should you look beyond the surface though, what you will find is a game with a main campaign that is made up of 35 levels across 6 continents. In some levels, players need only to kill a set amount of bad guys, or rescue the “real hostage.”

An example of this is on level 2-4 there are three hostages, only two of them are bad guys in disguise. Saving them will then task you with killing them and attempting to find the real one, who has been moved to another location, along with the other fake hostage.

The levels themselves feature a top-down perspective and you’ll never have to worry about going it alone, as you can control a team of four super soldiers and swap between characters by pressing the L and R buttons.

Not only can the weapons they wield vary, but the playable characters (of which there are 11 of in total,) even have their own skills. For Lily, it’s a Striking Shot, a destructive shot that causes 500% weapon damage. As for Basil, his is Bloody Shot. His skill may only cause 300% weapon damage, but it restores an equal amount of health to your team.

It is because of the various differences between characters, such as their skills and stats that it does make it worth mixing up your team every now and then, so as to always ensure you have the best people for the each given mission.

Admittedly, it also helps to try and keep them equally levelled up as the game features an EXP and level system, with EXP awarded to the characters you used on a mission. So, when you do get someone new, you might want to use them on the earlier levels to help give them a quick boost.

With regards to using the likes of skills, or just shooting enemies though, A is used for firing, although when you’re clip empties, you will need to wait for your character to reload before you can resume firing. Same can be said for the skills triggered with Y and X. By all means use them, but they will need to recharge before you can use them again.

As for the left analog stick, it used for movement and unfortunately the right analog stick is not used for aiming as the game does that for you, by locking on to the closest enemy. You will be required to press B though when capturing flags, rescuing hostages and general interactions.

Truthfully, like a mobile game, almost every level can be beaten in a couple of minutes or less, which is not necessarily a bad thing, since a lot of back and forth is necessary to earn additional coin and items that can be used to purchase weapons and then upgrade them. (Plus it helps you to level up certain characters sooner.)

Since we touched on money though, when not taking on more missions, players can head on over to the armory to but better body armour, purchase new weapons, craft accessories for your weapons to have an edge and even upgrade your weapons. Naturally though, the more you upgrade a specific weapon, the more coin and materials are required, and when you do run out of one or the other, or both, it’s time to go grinding.

There is another way to make some quick cash however and it involves achievements. By meeting their requirements, you can earn rewards for things like beating each individual level, beating a set amount of missions and even get rewards for achieving a specific amount of achievements. Not all the rewards are for gold, as some will give you diamonds and new characters, but you can get a big payday just by beating a couple of new levels at a time.

Still, you have yet to hear the best part about Destruction and I’m sure you will like it since it co-op gameplay. Just because you can play the game entirely on your own, it doesn’t mean you have to as up to four players can come together and play locally and if there isn’t four of you, two and or three players playing together, works just as well.

The issues with Destruction however, is although there is some depth to it and the upgrade system can be enjoyable and there is plenty of content for players to sink their teeth into, is that the lack of right stick support for aiming, is an annoyance.

Instead of being able to hit the enemies you want, when you need to hit them, you have to resort to praying and hoping your stray bullets will hit them because you’re focused elsewhere. The good news however, is there are no frame-rate issues and the game does handle rather nicely. The soundtrack isn’t overly bad either. Not drastically impressive, but not abysmal.

Despite being an enjoyable title that can be played with others and having plenty going for it, Destruction feels too much like a made for mobile that ultimately impacts the game’s appeal. It’s not for everyone, but it is worth checking out if you ever get the opportunity.