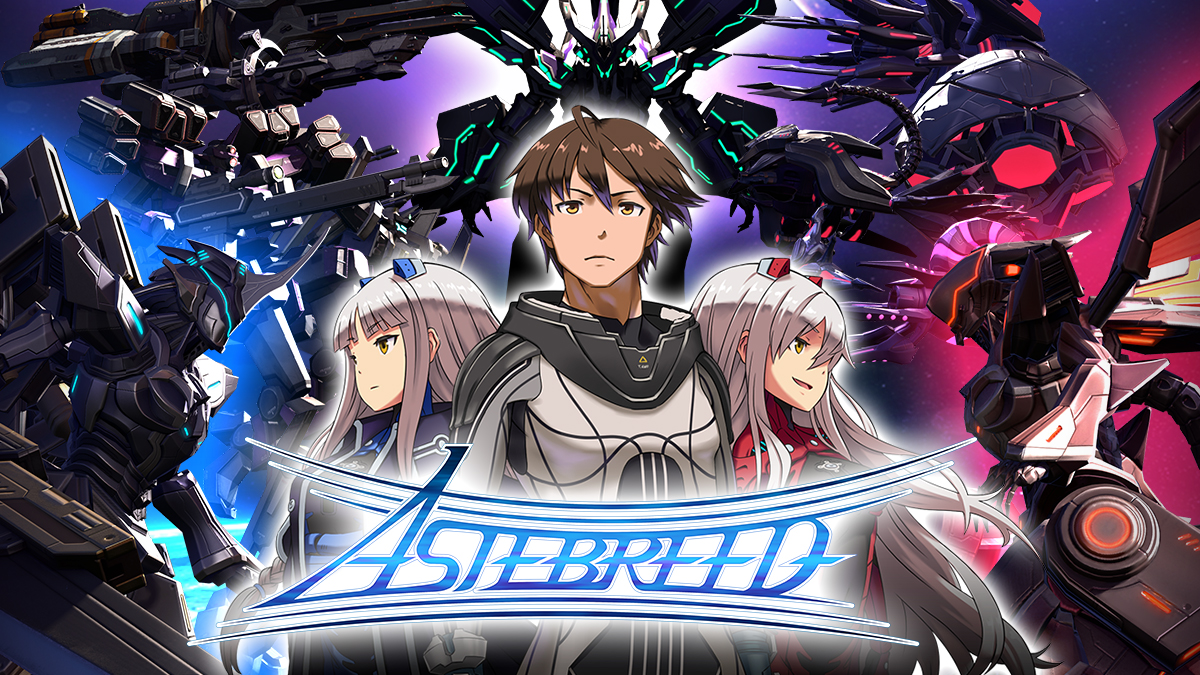 Galactic shmup warfare at its finest!

Just when you think the Nintendo Switch already has a decent, if not a great library of shmups to offer to fans of the genre, yet another hard-hitting instalment has arrived this month and this time it’s Astebreed!

Planned, designed and developed by Edelweiss, Astebreed is stunningly surreal 2.5 shoot ‘em up that loves to keep players on their toes, in the form of “multi-plane scrolling with seamless transitions in real-time.” Essentially, this just means that the game can change camera angles and perspective by making the horizontal screen presented action flip to vertical, only to then give you a good over-the-shoulder viewpoint before going back to the horizontal gameplay viewpoint.

Although it first took form and became available to gamers the world over in 2014, Astebreed has been improved to be better than ever, since a console version released on PlayStation 4 in 2015 and the new features it received, was then added to the PC version of the game and it’s also the improved version that is available on Switch.

So, while it lacks “Definitive Edition” in its title on Switch, instead of being the original base game, the Switch release is the enhanced version of the game and it comes with Arranged Mode. The new campaign in which encompasses new scenes to drive the game’s story, improved graphics, game balance changes and readjusted controls. (Yay!)

Should you need require an elaboration on what has been changed/added, here’s a quick summary of a few noteworthy things: New songs are added, 3D models have been improved, there is better texture compression, accuracy of lighting, more emissive lighting, parts will now fall of your flying mech, more battleships have been added to the backgrounds and there’s more smoke per explosions! So, yeah, there is a quite a list of what has been changed!

Now, I’m not for one second, going to pretend to be a complete master of the game’s story because I did have to do a couple of playthroughs to get a better understanding of it, but in a nutshell, Astebreed is the story of Roy Beckett.

Roy is a young pilot who is the adoptive son of Grato Nono, the PMC president and a legendary mercenary in his own right. Roy wishes to possess the same skills Grato has and must take charge of a mechanised craft that is the creation of both human, and alien technology. Why? Well, there’s a war on against an otherworldly threat that wants to eradicate all of humanity and Roy is needed to use that war machine of his, (the titular Astebreed,) to go into space and go head-to-head against an alien menace.

He won’t be going along though since there is a young mysterious girl who has endured torture and experiments from the alien threat and the effect her ordeals have had on her, have resulted into her possessing the exact kind of abilities that are required at a troubled time like this and see Roy and humanity, on the path to victory.

The reason why I say I am not an expert on the story though, is not because it’s not interesting or I wasn’t purposefully paying attention, but because I was distracted. While there can be cut-scenes between the gameplay action to help players get an understanding of what is going on, there is also a ton of dialogue that can play all throughout the game’s paralogue and 6 chapters.

Reading all the dialogue is not that easy. Not when you’re playing on Normal or Hard, and your eyes need to be glued on the enemies that are coming out at you, from all sides of the screen, anyway. Sure, there is voice acting present in the game that narrates everything that is said, but all voiced dialogue is in Japanese, so unless you’re fluent, there will be plenty of instances where you will miss out on what is going on.

Admittedly, you could always play on Easy difficulty, but even then, Astebreed is a fast game with even faster action, so you will still have a tough time with reading everything and staying alive, especially in handheld mode. But what of the actual controls and gameplay?

Well, aside from the real-time multi-plane scrolling transitions, Astebreed is a lot like most shmups, in the sense that you use the left analog stick to move and enemies come out from all directions. As for the actual button inputs, it can differ on what version of the game you play (Arranged and Original,) and how you choose to set them up.

Only, that’s not all as the right analog stick is also used with Arranged and its Spherical Attack usage is awesome. For when completely swarmed, players need only to do a full rotation of the right analog stick, and it locks on to those enemies and fire off homing missiles the second your thumb is off the stick.

To say this move is godly is an understatement. It might not be as effective when fighting bosses, but it can deal quite the amount of damage to everyone else, especially the longer you have it focused on an enemy, prior to releasing the right alolog stick.

In keeping with shmup traditions, blowing enemies up and hitting them, does result in scoring points and when playing, you’ll want to get as high a score as possible since there are leaderboards. There is also a boss at the end of every stage, only points against them are scored by successfully hitting them before a timer ticks down to 0.

Naturally, everyone will shoot back at you, but instead of going bang in no time at all, you do have a life bar referred to as a shield. If it gets completely obliterated, you will go boom and be given the choice to continue at the cost of losing your accumulated score and resuming from a checkpoint.

If you’re able to dodge pretty fantastically though, your shield will recharge, thus keeping you in the game longer. Now, despite the fact you can beat the game in a single sitting, Astebreed does have a lot of replay value in the sense that there are unlockable like a Hard difficulty, but you’ll have to out the time in and earn them.

Another example of this is if you beat the game on easy in Arranged mode, you will be able to select any chapter you wish to dive into, as long as it’s the Arranged’s easy difficulty. To chapter select on normal, you will have to beat normal.

Although timeline itself does not need to be unlocked, you are required to play Astebreed to unlock additional details and events to be added to it. So, yeah, Astebreed really is a shmup of the future since it not only provides engaging combat, but it also comes packed with plenty of incentives to keep playing and visuals that deserve to be admired.

Were Astebreed a game you could play at your local arcade, it would be one of the games you keep coming back to and throwing quarters at. Its story might be short and you won’t necessarily see it all in a single playthrough, but the easy on the eye Astebreed, does indeed have plenty of replay value, so as long as you stick to it, you will see it all soon enough. But, even when priced at $19,99 Astebreed is a shmup that I feel is worth that price and more.