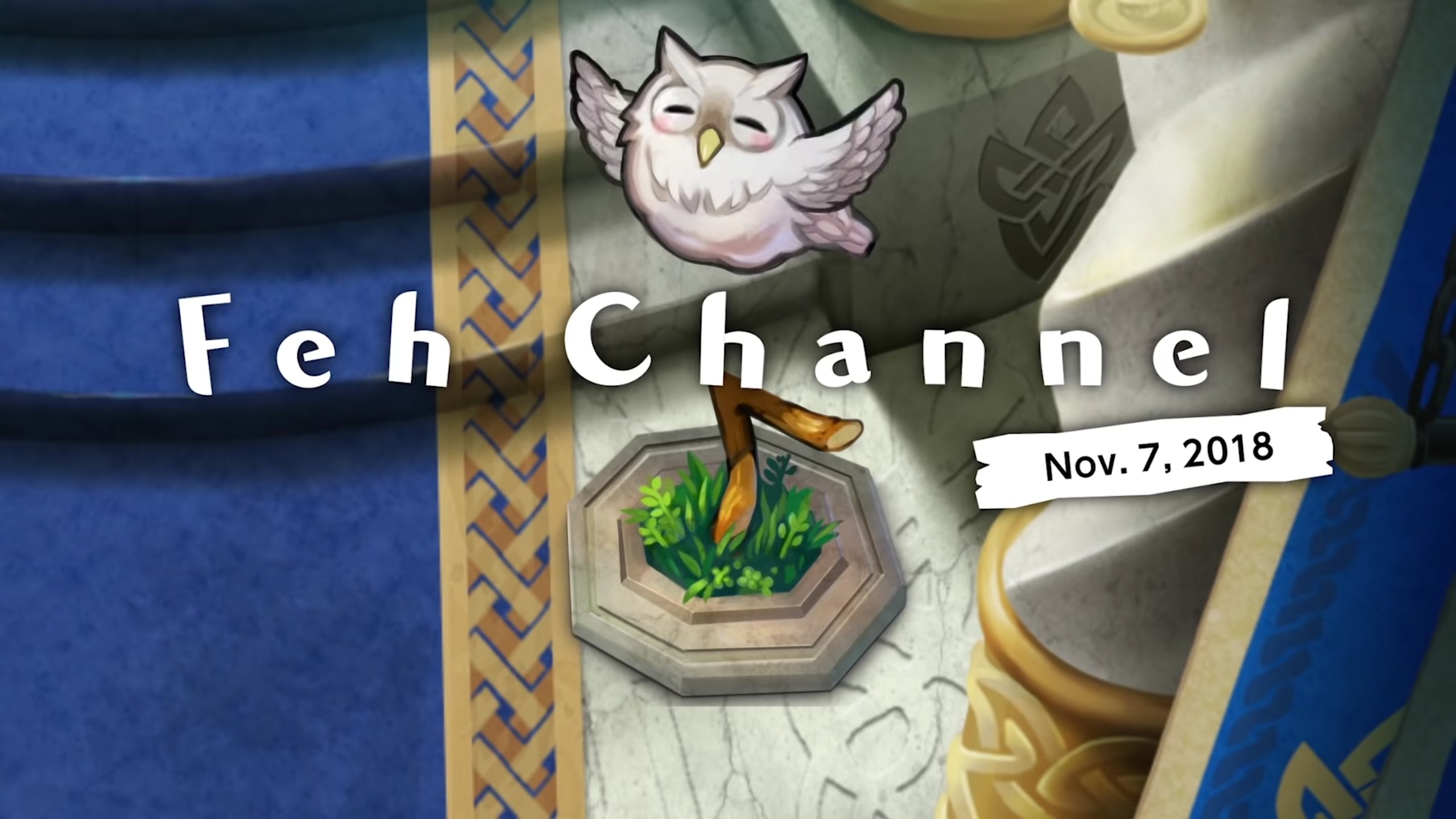 November 8, 2018 9:23 am Published by Jack Longman Leave your thoughts

It’s that time again! Another update has chosen to grace Fire Emblem Heroes with its presence, only this won’t be completely like every other patch notes article we have done for the game, since we’ll also be covering things that were shown during the November 2018 Feh Channel broadcast.

Why’s that? Well, the new features that are covered in the update, were actually revealed in the broadcast and the only thing that wasn’t, is the fact there was a tease for Book III, right at the end of it.

Unlike with Book II, there wasn’t a full-blown trailer, just a spot of text, imagery of December and mention of the fact that Book III opens in December. Still, that’s enough about that, it’s time for patch notes on Aether Raids, Heroic Grails and some Weaponry Refinery stages:

In Aether Raids, the goal is to place structures and teams in your very own keep, invade other players’ keeps, and defend your keep against other players.

You can place structures that benefit your army, such as fortresses and schools, on both your offense map and defense map. Also, by winning battles and increasing your Aether Keep’s Lift, you can acquire even more Aether Stones, which are required for building and improving structures. Defeat as many rivals as you can in each weeklong season to earn not only Aether Stones but also Heroic Grails, which are described more below!

Also, we will be explaining how to play Aether Raids in Fire Emblem Heroes: Learn with Sharena!, which is updated every week on Monday at 11:00 p.m.

*Note: To access the Weapon Refinery, you must clear Book I, Chapter 13 in the main story and then clear the second Intermission map, The Rite of Blades.

For those of you who missed out on the Feh Channel, but would like to watch it, you can do so, right here: