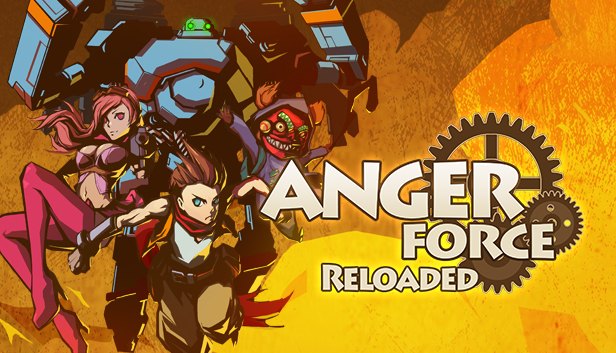 AngerForce: Reloaded will Shoot its Way to Switch Later this Year

Having already brought the likes of I and Me and Flood Of Light to the Nintendo Switch, the China based indienova has now taken the time to reveal their next Switch bound title.

Described as being a “hardcore shoot ‘em up,” AngerForce: Reloaded will debut on Switch in Q4 of this year. Accompanying this news, indienova has prepared an announcement trailer and shared a couple of details, in the form of a press release. Both of which can be seen here:

AngerForce: Reloaded is a vertically scrolling shoot ’em up game done in the 90’s arcade style. It’s set against the backdrop of a 19th-century human world that has seen the outbreak of a robot rebellion.

The players will be able to improve their characters by choosing from randomly generated abilities. Your choices will impact your entire stage progression. You can choose from dozens of upgrade choices to complement your characters’ special abilities, thereby creating a unique personal play style.

In addition, the game also features a Local Co-op Mode that will allow you to explore the story alongside your friend.

The game uses an original cartoon/comic art style. Made with traditional 2D technology, thanks to free-form deformation technique, its character animation sequences are rich in detail, achieving a 3D-like effect.