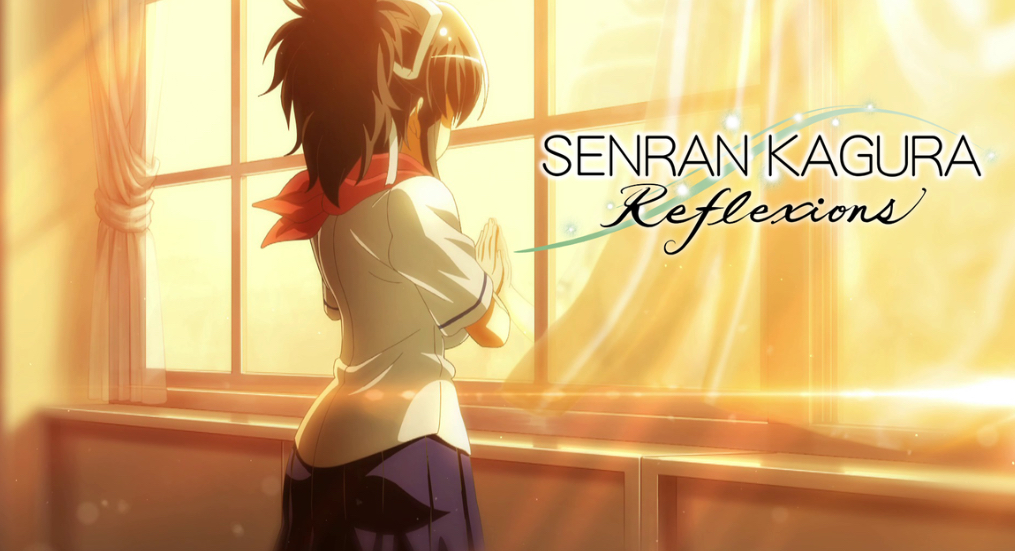 Senran Kagura Reflexions, from developer Honey Parade Games and published by XSEED Games, is an oddity in the series to say the least. Many view the Senran Kagura series as a guilty pleasure type of experience, due to the busty behavior and pandering the girls of the series portray. For me, beneath the overt sexuality displayed, are solid gameplay experiences consisting of action role-playing with Estival Versus and also as a shooter in Peach Beach Splash. Reflexions on the other hand, is a shorter, more intimate experience that left me confused as to the intent the developers were aiming for and not what I was expecting for the series’ first foray on the Nintendo Switch.

Reflexions is yet again another spinoff of the Senran Kagura series, with this acting more as a simulation type of experience where you have to massage Asuka’s hands to help her relax. The motion controls and HD rumble are used to their maximum effects to give the impression of actually massaging Asuka’s hands. Although it is advised when first starting up Reflexions to use the motion controls to get the best experience for Reflexions, it can be played using graphical cues and the analog sticks if you wish to play in handheld mode.

The HD rumble is implemented exceptionally well and really simulates the act of actually massaging different body parts at different speeds and intensities. Motion controls are relegated to waving the joy-cons around and, as stated before, can be played in handheld mode, but is meant to be played using the disconnected joy-cons in either tabletop or docked modes.

Reflexions is divided into two main parts, with the first consisting of massaging Asuka’s hands, termed “Reflexology” for syncing with her heart and mind, to find a spot that will trigger one of seven different scenes. These scenes involve Asuka dressing up as a teacher, a volleyball player, an adventurer, a warrior, a younger sister (to whom, of course, you have no relation to), a present, and a classmate. After a brief dialogue of Asuka conveying her wants and passions, you need to massage her body to find one of five possible pleasure spots.

You will be massaging, tapping, grabbing, and slapping in order to stimulate her into a love-induced bliss. Once she is seduced, you will need to use your hands, a roller, a brush, or an odd looking vibrator to pleasure her further. The chosen tool will be used in a mini-game in which you have to max out Asuka’s Reflex Meter by providing the correct motions. The mini-games never really changed and became boring and repetitive fast. Fortunately, the developers give you the option to skip the whole procedure after a few rounds. This robs Reflexions of its core experience, but at least you won’t have to repeat the same actions over and over again.

After completing a mini-game you will feel a crystal, and once the crystal is completely filled you will unlock an ending illustration. You are able to pleasure Asuka in one of five different areas of her body which will unlock different illustrations. Every time you perform a different type of massage there are always collectables unlocked which range from different accessories, poses, and costumes, which provide a steady feeling of accomplishment. There are a decent number of illustrations to gather, but you will most likely want to skip dialogue and cutscenes in order to just complete the game.

There just isn’t much to Reflexions and the proceedings become very repetitive. You really have to like the source material and Asuka in general, to really get anything out of the title. The art style stays true to the Senran Kagura series and it shows in Asuka’s character model and the proportion of certain body parts. The dialogue is fully voice acted in Japanese and the voice actress does an excellent job of portraying Asuka’s passion and emotions without ever feeling grating.

I’m ever only referring to Asuka because unlike other Senran Kagura titles, she is the only character you mainly interact with. There are other characters available, but apparently they are only available with DLC. I hope XSEED will add more content down the road, as what is available from the get-go is lacking. The other modes consist of Dress-Up where you can change Asuka’s outfit or hairstyle with what you’ve unlocked, and Diorama where you can pose her in different locations to satisfy whatever fantasies you can think of I suppose.

Overall, Senran Kagura Reflexions is ultimately a disappointing entry in the series, due to not really being much of a gameplay experience and more of just being a pleasure simulator. Once you’ve played for a couple of hours, you’ve seen everything the game has to offer and there’s really no reason to come back unless you like to pose Asuka in different unlockables. There are different endings and illustrations to unlock, but there is no engaging story to speak of and they’re not enough to increase Reflexions lasting appeal.