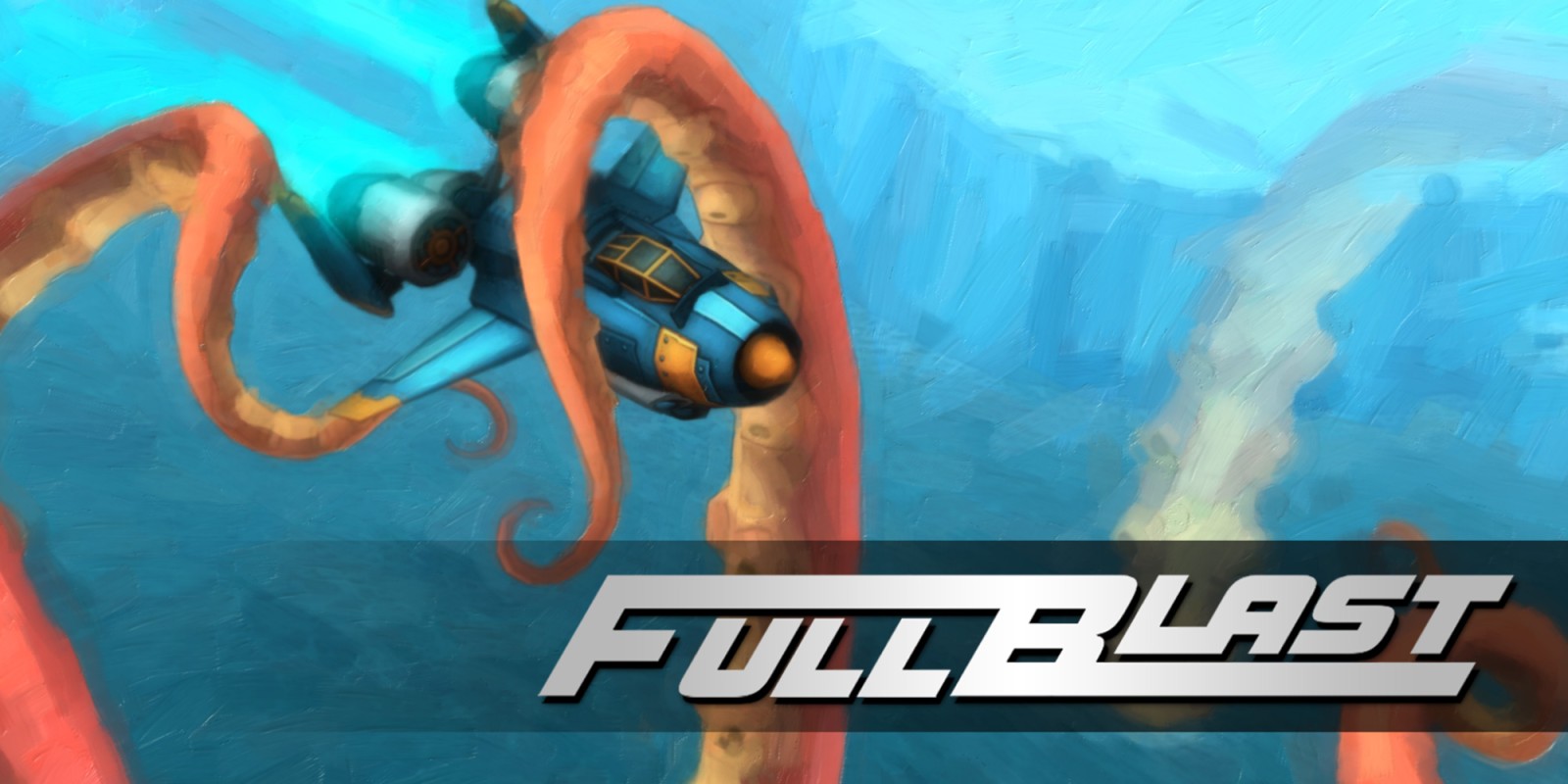 September 10, 2018 7:17 am Published by minusthebrant Leave your thoughts

Shooters, or more notably known as the shoot ‘em up genre, have enjoyed great success on the Nintendo Switch and I generally lean towards these experiences mainly because I know they’ll be fun for quick gameplay sessions. Longevity is not their strong suit, but FullBlast, from developer UFO Crash Games, takes the bullet-hell experience and lets players survive much longer what most shooters allow. This is not for fans of Ikaruga or many other hardcore bullet-hell titles, but I think more casual players should find something to like in FullBlast.

In many ways, FullBlast is just like any other shoot ‘em up. The difference lies in the pace of the title and it’s definitely slower and less brutal than many other shooters. FullBlast runs with the casual moniker and this can either be a positive or negative depending on the player’s skill in the genre. The slower nature of the title makes sense since it was ported over from mobile devices and came out a few years ago on the Wii U.

The gameplay revolves around the pick-up-and-play mentality associated mainly with mobile titles and it shows. FullBlast is much less demanding in execution and it’s easier to stay alive since your ship has a health bar and can take multiple hits. There are no lengthy cutscenes or frustrating difficulty to overcome in FullBlast, you are just a pilot tasked with taking on the alien menace that threatens society. I appreciated how it respected my time with breaks in the action only to select different stages, but after only an hour there really isn’t much else to see.

There are twelve levels across three different worlds and they can be played in any order once unlocked. Each level follows a similar structure, much like any other vertical shooter, where you try and destroy as many alien ships as you can while avoiding enemy fire. Trying to get a high score is important, as there are online leaderboards for score chasers and this is where you’ll get most of your replayability.

Repetition starts to come into play with the visuals in FullBlast. They are appealing with a certain amount of quality detail implemented, but enemies and backgrounds are largely recycled and become too samey between levels. After only a couple of stages, you feel like you’ve seen it all as you gain many of the same powerups as well with spread shots, concentrated fire shots, etc. Fortunately, FullBlast does offer 2 player local co-op, which was fun in similarly short gameplay sessions.

Even though the gameplay is definitely slower and easier than many of its shooting contemporaries, FullBlast does do a few things differently to add some difficulty. For one, there are no continues due to your fighter having a health bar, meaning you’ll have to start from the beginning of the stage if you die. Bombs can be used, but are not given to you every time you die. You’ll have to collect them throughout the level if you want to build your stock up again.

Personally, I’m use to playing hardcore shoot ‘em ups and FullBlast does not fill that bullet-hell niche for me. This is subjective, but the style did nothing for me and it all seemed too generic to really stand out from many other shooters. While the graphics are fine, the repetitiveness of the gameplay and art style really made it hard to want to keep playing. It would have been nice to see some originality on display, but given the origins of the title it made sense on how it looks and plays

Overall, FullBlast is a shooter anyone can have fun with, but it really comes down to how much time you’re willing to put into the title. For me, the lack of anything revolutionary, coupled with bland visuals and repetitive gameplay, made this the type of title I just had no reason to keep on playing. With plenty of other solid shooters on the Switch, there is just nothing that makes FullBlast special. It’s not a bad game by any stretch, with visuals and gameplay that are fun and adequate; just don’t expect anything memorable in the genre.