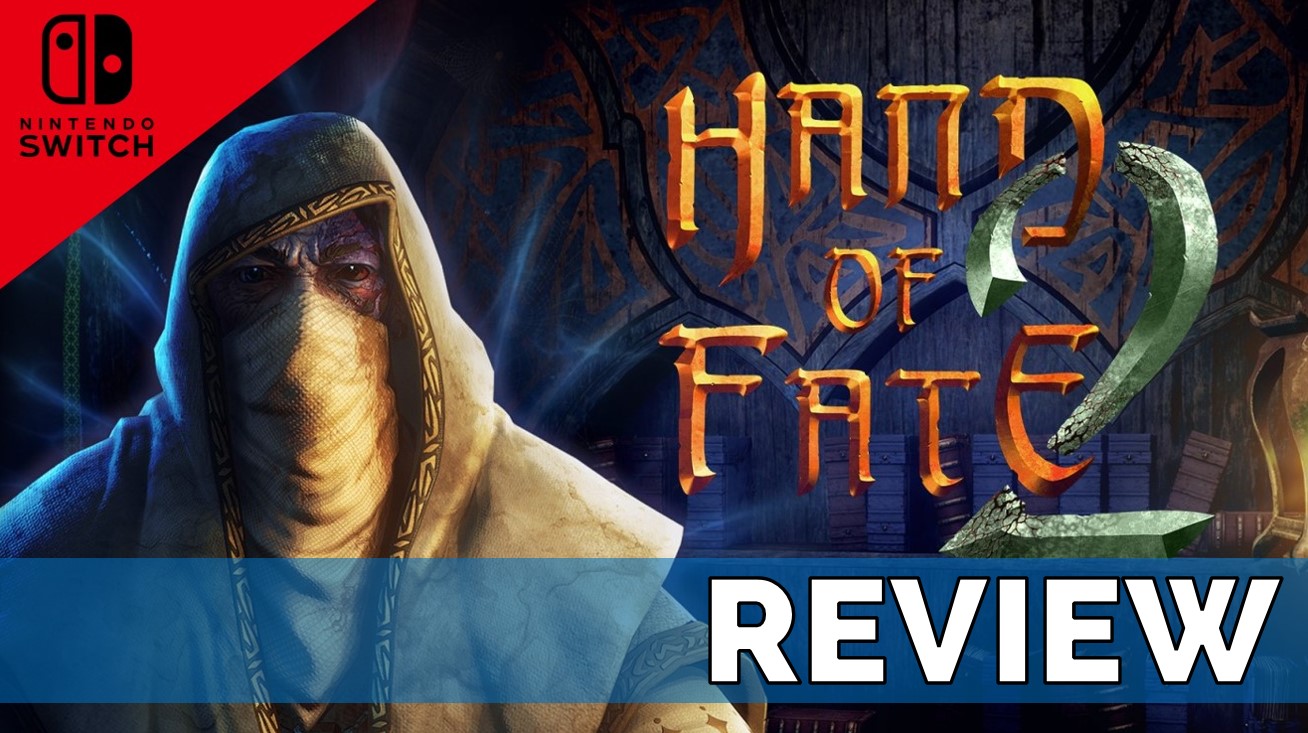 All In on this Hand.

When Defiant Development launched Hand of Fate 2 last year on PC, PlayStation 4, and later on the Xbox One, it delivered a game that was perhaps too demanding for its own good but still gave a worthwhile experience, garnering critical success which was displayed by its 80+ Metacritic scores across all available platforms.

At the time the game was believed to be an afterthought for the Nintendo Switch, but that was when the system was starting to prove to be more than capable of handling demanding third-party games with Skyrim, DOOM, and L.A. Noire having already released on the hybrid console.

It wasn’t long after until some people started to mention how the very nature of the game and its card-based gameplay would be perfect for the Switch system, but it would be months until the game was announced and subsequently released for Nintendo’s latest console.

Hand of Fate 2 is an action role-playing game that plays like a mixture of Hearthstone and Shadow of Mordor, marrying tabletop card game strategic elements with hack-and-slash combo-based combat, all wrapped up in a pseudo Dungeons & Dragons-style campaign.

Neither the card game elements nor the combat is as deep as the aforementioned games, but it still brings a much-desired variety to an otherwise ambitious but somewhat flawed experience. Don’t get me wrong, it is very impressive what Defiant Development has been able to achieve with such a small team, but there isn’t one area that truly shines over similar experiences. Regardless, the collection of its parts construct an experience that is well worth recommending.

For those of you unfamiliar with the series, the original Hand of Fate game launched back in 2015, with the Dealer narrating the player’s journey while at the same time dealing the cards and being your main foe. The story of Hand of Fate 2 picks up some 100 years later, with that same Dealer coming back to enact revenge.

The Dealer begins by distributing seven (7) cards with which you start to build your deck, and you are introduced to three different scenarios which help to move the story. These scenarios are represented as bite-sized story bits to further evolve the lore of the game, combat scenarios which employ quick tactics of blocking and attacking, and chance-based games which can be as simple as rolling dices or selecting between success and failure cards.

The setup of the game makes it feel like a shortened Dungeons & Dragons session, with the Dealer acting like the Dungeon Master (Game Master), and the 22 different campaigns the game offers help truncate what would otherwise become an endless crusade. But you have to be careful because if you die at any time during a mission, you have to start that particular campaign from the very beginning.

Hardened veterans of the pencil and paper RPG kind will complain that the experience has not been perfectly translated to video game form, or that the experience itself is too short, but because you have full control over what decisions you make and depending on those decisions each campaign will unravel in a different manner, adding to the variety and replayability of the title. All in all, the story can unfold in countless ways each time you play it.

The Nintendo Switch is more than capable of handling the title, and although it doesn’t have the full graphical splendor of its console or PC brethren, it is able to hold its own particularly well. Hand of Fate 2 does suffer from some longer than usual loading times especially when compared to the other consoles, but it is not overly long and I found that it doesn’t really detract from the overall experience.

At the same time that certain things can be overlooked others can be better appreciated, and in this particular case Hand of Fate 2 and portable mode on the Nintendo Switch is like a match made in heaven. The drop graphically isn’t as steep as you would think, and the smaller screen does a good job of hiding the jagged edges while keeping the presentation similar to docked mode.

Which is why I can’t understand why games like Hearthstone still haven’t made the trek over to the console/handheld hybrid because even if they were to receive somewhat of a graphical downgrade, the portability factor would be huge. And although there isn’t another game that I can base my opinion on, something tells me that Hearthstone would enjoy great commercial success on Switch.

For those of you who may look at screens or gameplay video and see the fighting system similar to Shadow of Mordor or even the Batman: Arkham series, you will be disappointed. Although you are able to wield weapons, block attacks and even evade them, there just isn’t enough polish for Hand of Fate 2 to be comparable to those titles. And in reality, it doesn’t need to be. The fighting is complimented by the use of cards to heal your character or level up your weapons, so you always need to be aware of the hand you are dealt and how that can affect all of the facets of the game.

Hand of Fate 2 offers Nintendo Switch owners an experience unlike any other game currently available on the system. By mixing card-based gameplay with hack-and-slash combat and chance-based mini-games, Defiant Development has crafted a worthwhile entry into the table top action-adventure genre that is yet to fully embrace Switch. By doing so, they have created a game that is equally enjoyable in short spurts as well as in long gaming sessions, and by giving you control in the decision making, you will have a different experience on different playthroughs. Regardless if you decide to play Hand of Fate 2 on the TV or take it with you on the go, you will enjoy a polished and enjoyable experience.