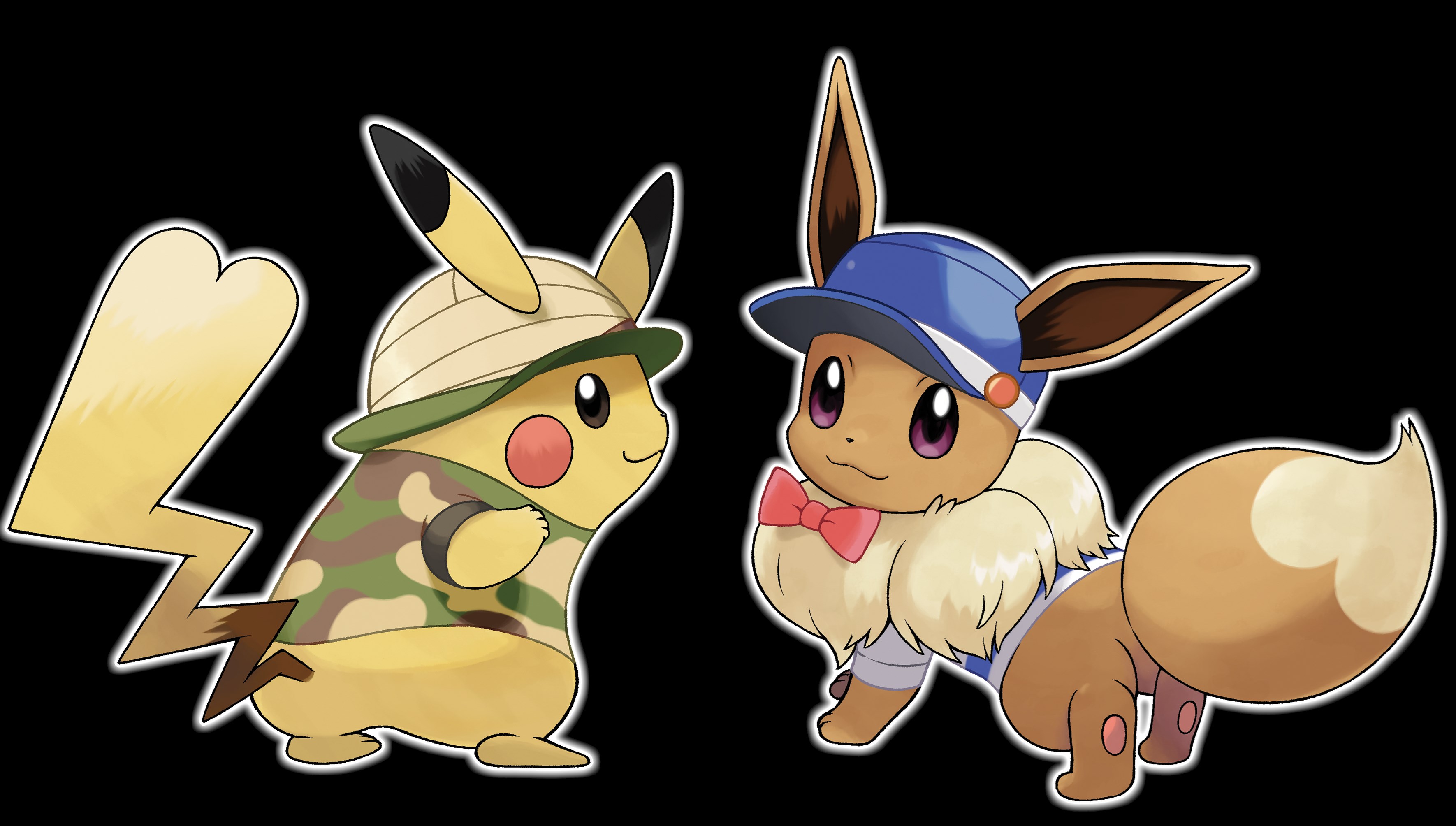 This is it folks. After a bit of a tease, the moment has arrived where plenty of new details has been revealed for Pokémon: Let’s Go, Pikachu and Pokémon: Let’s Go, Eevee, and we’re going to cover it all in a single article, starting with the newest  trailer, which includes a good look at Misty and Brock:

The more we see of Pokémon: Let’s Go in action, the harder it is to not be taking in by its charm, even if the gameplay is not what everyone had hoped it would be.

On top of the trailer, it has been said that Eevee will have a noticeable gender difference as a female Eevee will have a love heart styled on her tail. Both Pikachu and Eevee can have different haircuts and we have had some version exclusive Pokémon confirmed. A list can be seen below:

We also have an announcement regarding today’s news, which can be seen below, followed by new screenshots:

At the beginning of the adventure you will get your Pokémon partner, either Pikachu or Eevee. Unlike normal Pokémon, your partner is not interested in evolving and prefers to stay out of your Poké Ball and accompany you up on your shoulder or over your head. You can make good friends with him and caress him, feed him or even tickle him. Not only that, but you can also put your character and your Pokémon partner a wide range of sets and accessories as cuckold as cool, or even change your hair to go together and mark the trend as the duo that splurges more style in all Kanto.

On your trip through the Kanto region you will meet old friends, but you will also make new friends. Professor Oak returns to present you and your new rival the Pokédex: an encyclopaedia of cutting-edge technology that records data of every new species you capture in the game. In your quest to become a Champion or Champion of the Pokémon League, you must fight against the Kanto Gym Leaders, which include such charismatic characters as Brock, whom you will find at the Silver City Gymnasium, or Misty, who awaits you in the Celestial City. But the Coaches that appear during the game will not be the only ones willing to face you, since you can connect with other players online * or through local wireless communication between Nintendo Switch consoles to enjoy close matches. You can also exchange Pokémon with them through the communication functions and thus complete your Pokédex.

For the first time in a title of the Pokémon main series, two people will be able to play sharing the same console. Just shake the second Joy-Con for a friend to join you in the game. Going together adventure brings several juicy advantages, as it is easier to catch Pokémon and can fight as a team against the harder Coaches to peel. Invite a friend to explore Kanto to live an unforgettable adventure.

For even more screenshots, we suggest you click here and pay Serebii a visit. There’s also a new official Pokémon post available that is good for catching up fans, on some previously revealed information, in addition to new information to tie in with today’s reveals.