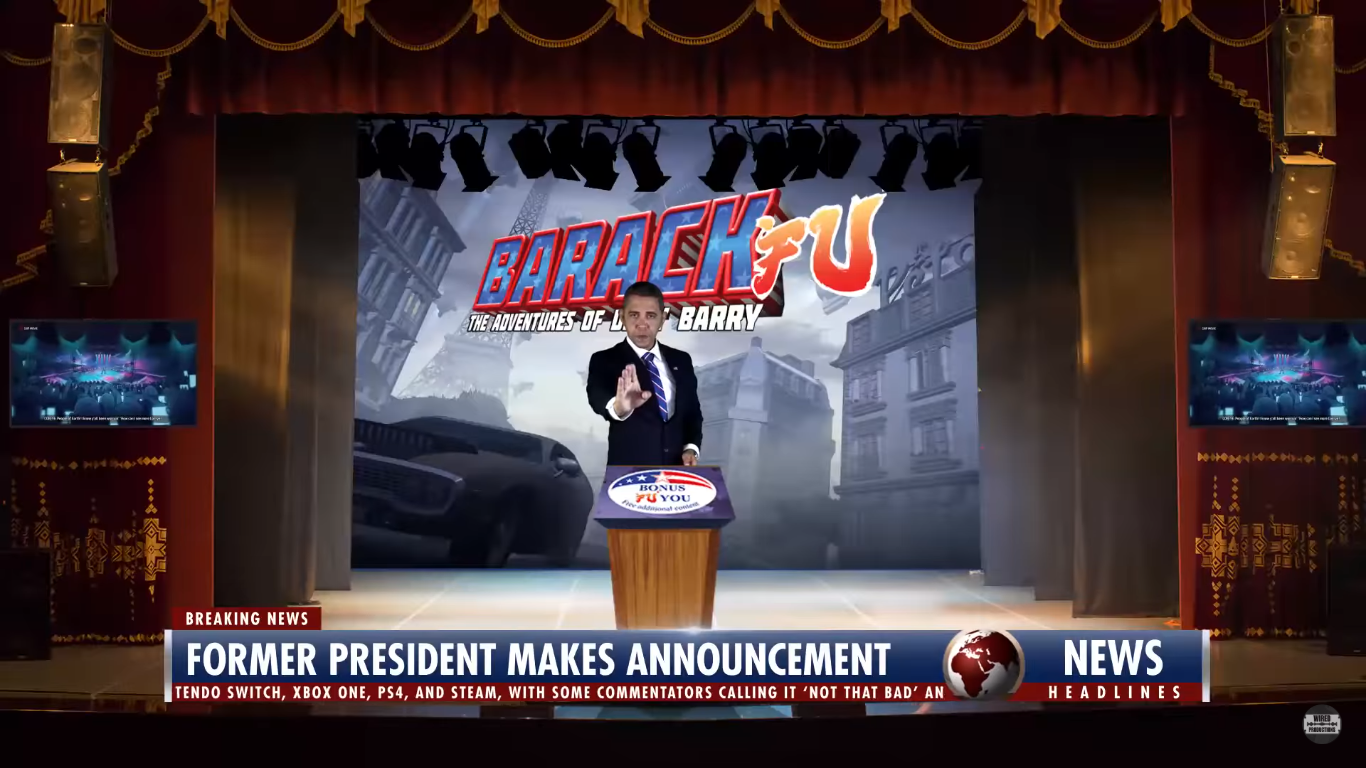 Not so long ago, it was teased that the physical release of Shaq Fu: A Legend Reborn, would have some not so secret DLC and now that we know what it is, it does in fact seem awesome.

Available today as a timed exclusive for those who own the physical release of Shaq Fu, Barack Fu: The Adventures of Dirty Barry is not a celebrity endorsed game, but a parody of the former President of the United States of America. No details were said as to when or how it will be added to the digital version of the game (released as a free update, or paid DLC) but we do have two trailers and some game information that we can share now:

About Barack Fu: The Adventures of Dirty Barry:

This independently created and produced game features a brand new hero, this one is not an endorsed celebrity but a parody of one of the greatest heroes of our time. Some fool has been icing celebrities and he ain’t slowing down. When the fuzz can’t crack the case and the private dicks don’t have a clue, Dirty Barry gets the call. Jet to Paris and even outer space, battling crazy bosses and their mad minions as the ex-POTUS-on-notice dispenses justice for all.