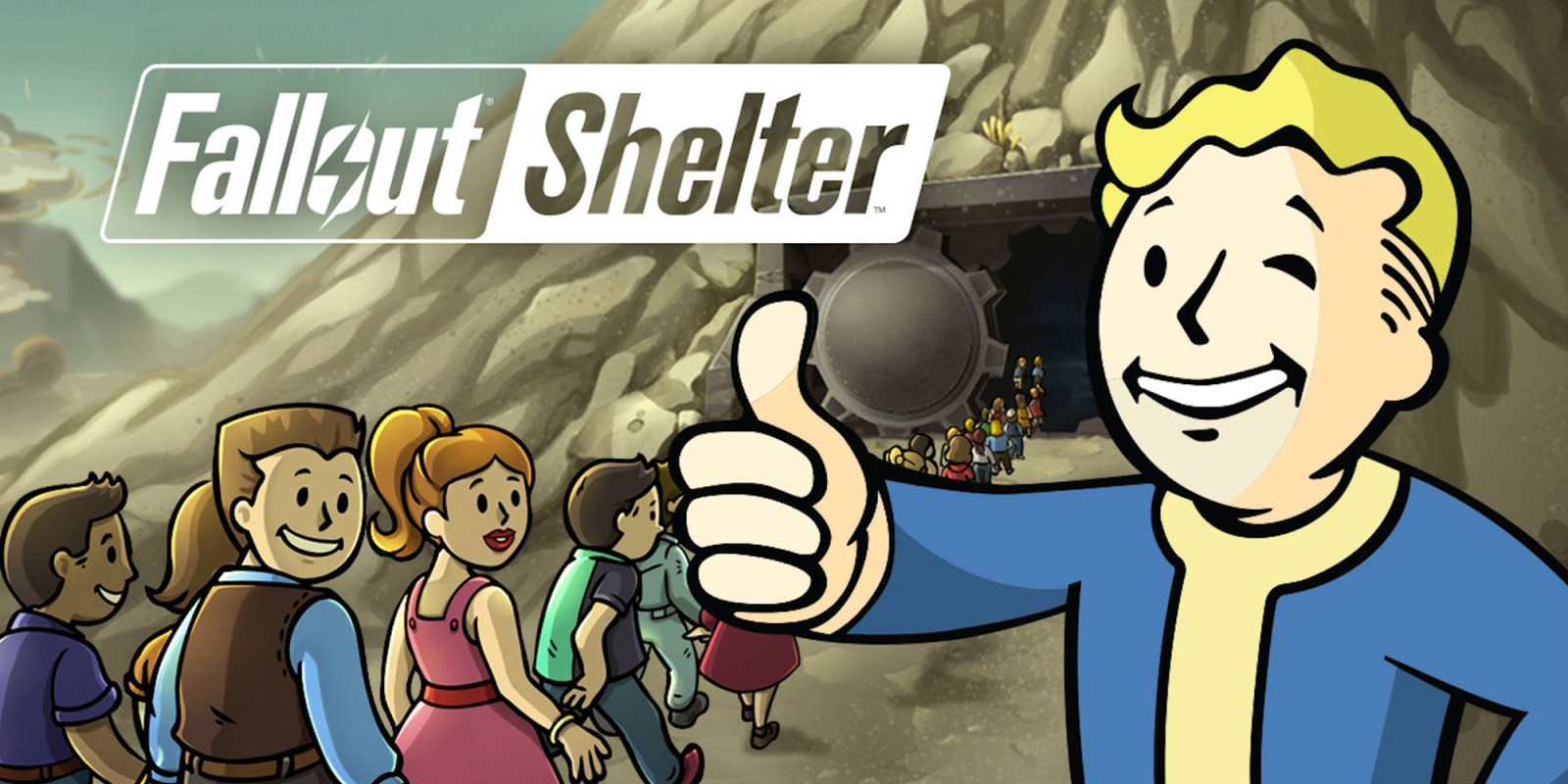 Hello, I’m Daryl Baxter, and I’m addicted to Fallout Shelter. This has happened twice now. First on the iPad when it was ﬁrst released, and now again on the Nintendo Switch.

Fallout Shelter is this generation’s Tamagotchi, where I’m constantly checking on my refugees like the Overseer I am. You’re ﬁrst given the task of giving your vault a three digit number, and after the tutorial, you are left alone, slowly building up your Vault, adding a diner, power and water stations, eventually leading into classrooms, an armoury, and even a Nuka Cola bottling plant.

You build by growing the amount of refugees you have, either by random people coming across your vault and wanting a room, or by them ﬁnding love and starting a family. Usually, and to keep the vault happy, which is measured in a percentage on the top left of the screen, it’s the latter of the two that usually works. Because I’m still so used to using the iPad and the touch UI, I found myself using both the analogue sticks of the Joy-Con, followed by pressing on the screen to recharge the bars of the electricity, water and food supplies. It’s always a satisfying feeling when that occurs, something that you don’t get when you simply press the A button.

As soon as you use a button, you have on-screen guides on every option and menu of what button to press to select it. It still feels oﬀ-putting to me. This is a game that was made for a touch-screen, and even though this helps, it’s still an odd thing to be playing the game with a joy-con, in docked mode on a large TV. But of course, as other games have experienced it, it’s an ideal platform for Fallout Shelter to come to. Playing it in handheld mode is ideal and even having the kickstand out as I watched them get to work while writing away on the iPad, it’s an oddly satisfying thing.

But, since I played it on the iPad when it ﬁrst came out, there have been some improvements, which have helped the replay-ability. You can now assign a group of three refugees to go into the wasteland, and you can follow them, to go into diﬀerent places such as shopping centres, ofﬁces, and even some other shelters. There’s even pets. A cat can follow a refugee around, which can increase their attacking or defensive power for example.

Dependent on how the mood is in total for your residents, you can be rewarded in bottle caps, and the more you earn, the more you can expand your vault to have more rooms. Whether it’s a dorm, radio studio, classroom, and many more. These get unlocked over time based on how many are living in your vault. Do a good job, and they’ll stay and also not disappear. But such is life, random encounters can also occur. Fires, insect infestations, and attacks on the vault from random raiders can try to take away your residents, or even slow down the electricity, food supplies, and much more.

You can even equip people with guns and outﬁts to better improve their stats and chances. It’s another great touch, and gives your vault its own identity and feel. Even as I write this, it’s a game that you can’t really ‘complete’. Currently, they are trying to recharge the vault, as I may have built a few too many rooms, and it’s taking a great strain on the electricity. But, the game is addictive, in a great, fun way.

It challenges you to think how you can manage your 30+ residents at once, while also being tempted to visit the wasteland with your three best members and their cat, to see what supplies you can obtain. Being able to visit your friends’ own vaults, whether that’s a raid or trading supplies would be a great next step. But with Fallout 76 currently their main focus, I doubt that the game will be improved massively until after that game is out this October.

Overall, it’s a very fun game which is easily addictive. The button controls can slow things down, which is why I strongly recommend playing it in handheld mode. If you want to treat yourself by playing it in docked mode with a Joy-Con, I’m afraid I can’t help you there! It’s still being supported with updates according to Bethesda, even three years on since its release, which is impressive in these times. A quick play on a commute or as you’re waiting for dinner to cook is ideal for it, just to see how your vault is getting on. But in the meantime, see how it goes with your vault, see if you can make it to 50 dwellers living the life of luxury, or just let it all go to hell with amole infestation. You’re in for a fun time regardless.