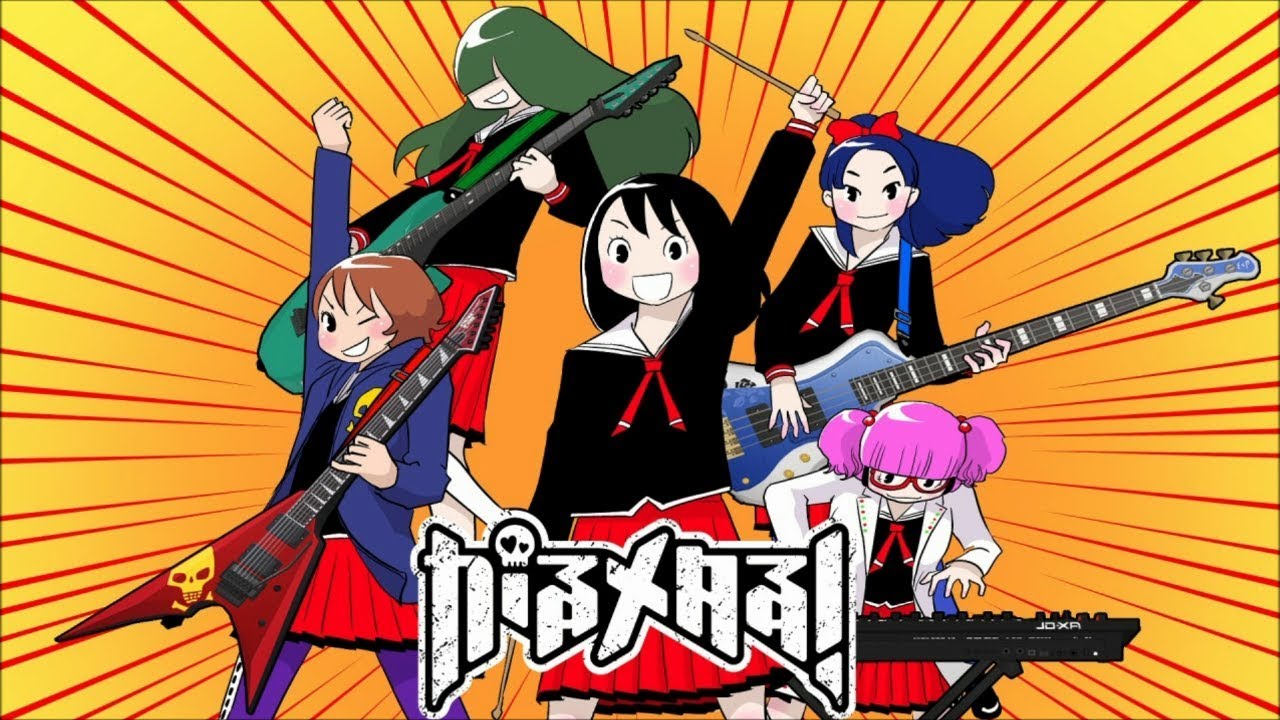 Back in February of this year, DMM Games brought Gal Metal to the Nintendo Switch. It had both a physical and digital release in Japan and nothing for the rest of the world, as it was a game that wasn’t leaving the globe. But things change.

Marvelous has revealed they will be brining Gal Metal to the west and they’ll also be bringing Gungrave VR toPlayStation VR, as well. The full announcement can be seen below and should you wish to check out our review for Gal Metal, click here:

Marvelous to Publish Exciting New Titles for Nintendo Switch™ and PlayStation®VR within Europe!:

(Move to the Beat in Gal Metal & Defeat Demons in Virtual Reality with Gungrave VR!)

Tunbridge Wells, England. — 22nd May, 2018 — Marvelous Europe is excited to announce that it will be publishing the exhilarating, motion-controlled, rhythm game Gal Metal on Nintendo Switch™ as well as the high octane Virtual Reality Shooter Gungrave VR for PlayStation®VR on PlayStation®4 in Europe.

Currently slated for release in 2018, Gal Metal and Gungrave VR will be released physically and digitally in Europe, with both games offering fans two brand new refreshing gameplay experiences for the Nintendo Switch™ and PlayStation®4.

Planet Earth is on the brink of invasion after humanity ruined the peace and quiet of the universe with the broadcast of metal music on the Voyager probe’s Golden Record. Aliens picked up the signal and couldn’t stop headbanging, and now they’re dying off because of it… so they want revenge!

A few rogue extraterrestrials make their way to the source of the music and abduct two high school students from the Tokyo suburb of Kichijoji: an unnamed boy, and a drummer named Rinko from an outrageous girls-only metal club. The aliens needed an emissary with whom to discuss the terms of their revenge, and felt either of these two would serve nicely. However, being unable to choose between them, the aliens simply decided to merge their souls into a single being!

Now, working together, the all-in-one pair must team up with the other members of K.M.G. (the Kichijoji Metal Girls) to rid the planet of these eight-tentacled extraterrestrials using the power of metal. It’s time to rock these music-hating creeps all the way back to whatever planet they came from!

Gal Metal is a rhythm game designed for Nintendo Switch™ that turns each Joy-Con™ into a drum stick. Players will take hold of the Joy-Cons to rock along with the music as they create their own complex performances and rack up millions of points using personal free-form drum lines based on over a dozen different beats. With Pro Controller support on offer as well, players will be able to choose how they want to jam and earn metal power to use against the alien invaders in this uniquely adlib-friendly rhythm experience.

Gal Metal will be will be published both digitally and physically on Nintendo Switch™ in Europe by Marvelous Europe Limited during Autumn 2018.

Following the battle against the Orgmen—creatures transformed by the mysterious drug, SEED—Mika Asagi has tracked the manufacturing of the narcotic (along with a whole new Orgman infestation) to South City. With the city streets overrun by these newly formed creatures, Mika requests the assistance of Beyond the Grave (Grave, for short), waking him from 14 years of rest after his previous battle. She hopes for him to use his power to help rid the city streets of the Orgman threat and stop the flow of SEED once and for all.

In Gungrave VR, players take control of Grave with his iconic set of dual guns, Cerberus, and will have to master different playstyles to take down the various foes that stand in his way. Levels consist either of free-moving third-person gameplay or first-person action that includes both stationary and mobile sections, offering players a variety of modes to help put them in the shoes of the resurrected Millennion agent himself. With an array of shooting attacks, close-range strikes using Grave’s coffin, Bullet Time, and more, Gungrave VR brings an authentic Gungrave experience to virtual reality for the very first time.

Gungrave VR will be published physically and digitally for PlayStation®VR on PlayStation®4 in Europe by Marvelous Europe Ltd during Autumn 2018.