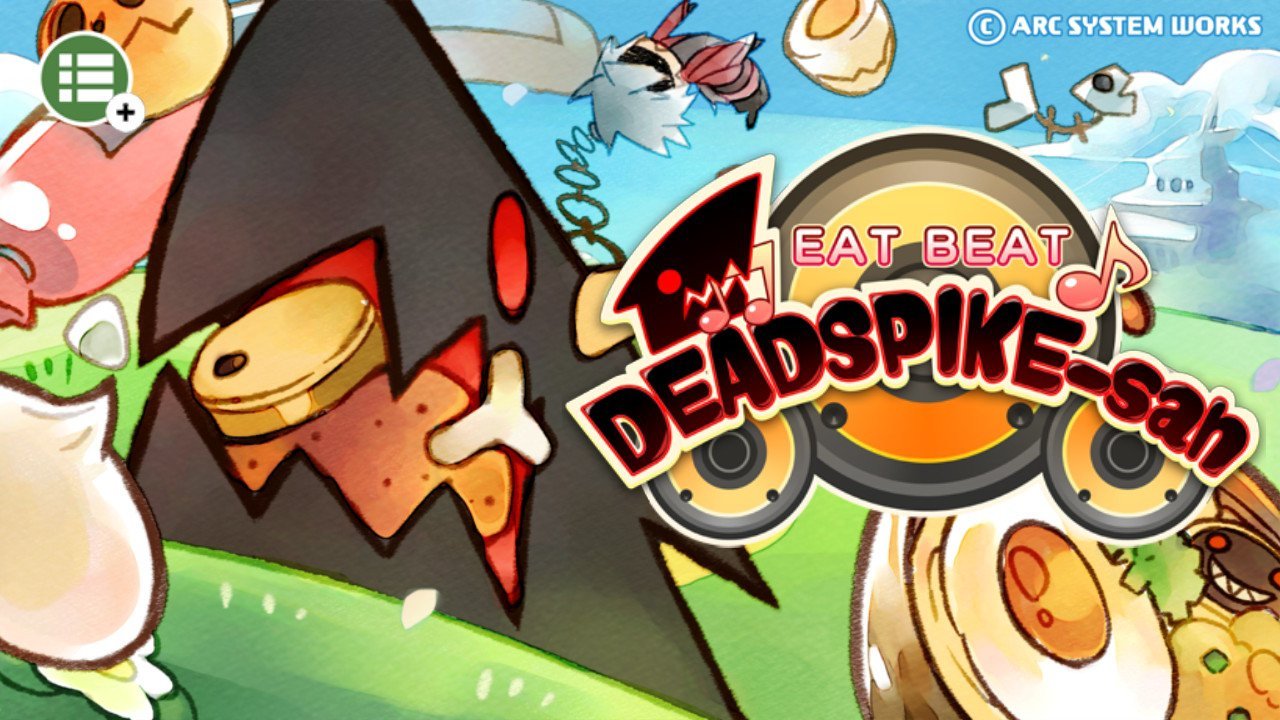 Category: Music, Action, Board Game & Other

Eat Beat Deadspike-san introduces yet another unique rhythm game to the Switch. The thing that sets aside EBDS from other rhythm games on the Switch is the heavy BlazBlue themed art-style, music and feel. If you’re a fan of anything BlazBlue, especially the soundtrack, this game will tickle your interest. BlazBlue doesn’t offer much of a story (not that any rhythm game should per say), but it does include playable characters from the franchise that allow you to grasp a feel for the game’s relation to the series. The gameplay, simple, yet difficult to master, will throw even the most experienced veteran off at times. If you want a rhythm game with a homely charm and homages to BlazBlue, you’re in for a treat.

In the game, you can choose to play as three major BlazBlue character duos, these include Deadspike-san and Ragna, Ouroboros and Hazama and Nirvana and Carl. None of them have different abilities or playstyles, just different physical appearances, which is a shame, as there was a good opportunity to add some gameplay variety in that sense. As these characters, you will chomp your way through all sorts of foods, you’ll find some noticeable foods from the series such as omelettes, dumplings, chess pieces, garbage cans, oil and a variety of other very well-known foreign dishes. There are currently 20 different songs in the game, and honestly, each song impresses. There are all of the best tracks from a wide range of BlazBlue games, and they definitely have some replay value involved – regardless, more songs would’ve been welcomed, as for a paid rhythm game, you’d expect a little bit more content.

The gameplay of Eat Beat Deadspike-san is fairly straightforward, press the button shown on the screen in time to the music. However, there are only two buttons you actually need to press to play the game, L and R. At first, it’s a bit strange playing a rhythm game without variety in the controls, but soon enough, the basic control scheme can become a hell to use. You’ll easily get mixed up with your left and rights as they fly across the screen, and it definitely takes a while to master completely. You’ll find yourself never completing a song on your first try, which adds that extra bit of challenge to the game.

As you rack up enough points and build up a large enough combo, you’ll be able to activate Overdrive, which will allow you to rack up the points even faster. While in Overdrive mode, you won’t take damage, alongside that, any successful taps will heal your character’s health. The Overdrive limit can sometimes take the challenge away from the harder songs, but you can turn it off completely if need be. The game has three difficulty modes, easy, normal and hard; depending on the mode picked, the speed and required amount of button presses increases as you advance.

Eat Beat Deadspike-san’s art style is unique and charming, yet oddly cheap looking. It’s obvious from every screen in the game that the game was built with mobile in mind, the cheapness of the UI and the clunkiness of the menus all contribute to a really unfortunate cheap feeling, yet the actual art within the game is quite charming and cute. It has its own style which definitely sets it apart from the rest of the rhythm games on Switch, but overall it’s nothing to marvel at. If the assets were upgraded to accommodate the Switch and its more accessible feel, then I think that would do it.

Overall, there are a lot better rhythm games on Switch. I wouldn’t recommend picking up Eat Beat Deadspike-san unless you’re among the hardcore BlazBlue fans, because as it is now, it lacks content; it lacks gameplay variety, a large array of songs and visuals that don’t look awful. If you ever find it on sale though, it is a cheap time-waster which will hold a lot of charm when you start getting deep into its mechanics. Unfortunately, Eat Beat Deadspike-san just adds to the already overflowing library of mediocre mobile ports on the Switch.