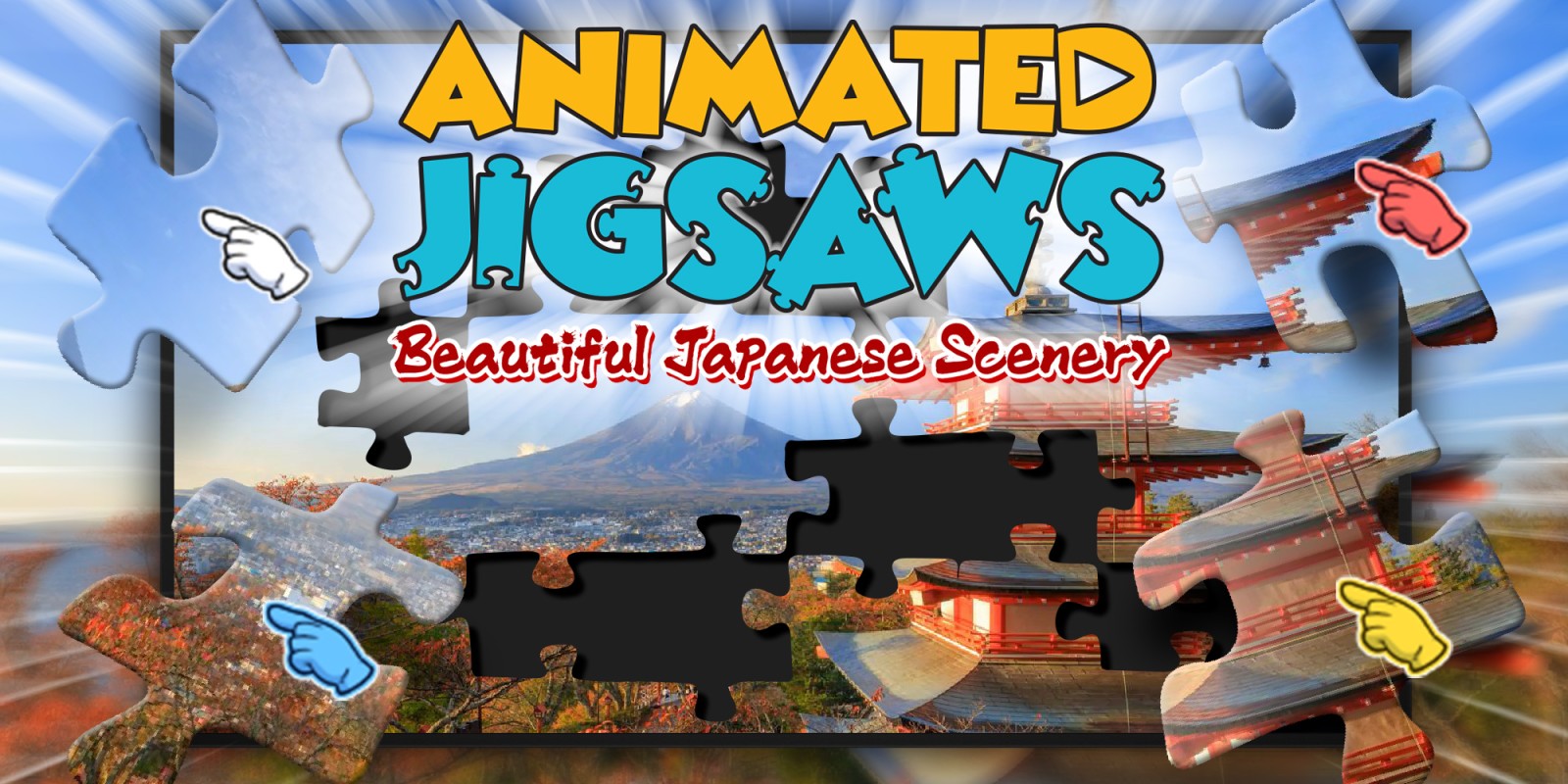 I know what you’re thinking, a video game that’s about puzzles? It’s weird, but Animated Jigsaws: Beautiful Japanese Scenery is out now on Switch, it gives players 10 puzzles to solve and it’s time to put it to the test!

When it comes to the Nintendo Switch, Rainy Frog are no strangers to it, as they have released the likes of Vaccine, Star Ghost, Piczle Lines DX, & even Dustoff Heli Rescue 2, but now Animated Jigsaws has joined the line-up. Admittedly there isn’t much to say regarding gameplay, as being a puzzle game, it’s all about putting all the pieces into the right spots, but Animated Jigsaws, will put your puzzle solving skills to the test. Upon booting up the game, you are presented with three puzzles to choose from. You must complete at least one of these to unlock the rest. After completing the first one you will be allowed access to up to nine more, with the smallest ones having 60 pieces and the biggest ones having 240.

Furthermore, while Animated Jigsaws doesn’t let you rotate or flip pieces, as you are only able to put them on the board, which can be done by dragging and dropping the pieces onto the board once you’ve figured out each one is meant to go. You’re also given a preview of the full photo that you can check anytime while within a puzzle and as an added bonus, Animated Jigsaw also allows you to shuffle or group pieces together and you can even walkway and resume the puzzle during your next session. There’s even have a 1-4 player split Joy-Con co-op mode for completing puzzles. With everything mentioned above, I still found the gameplay to be quite disappointing, difficult, and lacking. Overall there just wasn’t enough to keep me hooked in terms of gameplay.

Now, the visuals in my mind, were definitely beautiful and they fit the Japanese aesthetic well. The animated puzzles definitely offered some cool sights to behold once they were completed. Do you want to see some cool sights of Japan? Then the game definitely does offer at least that. Sadly, the soundtrack, doesn’t offer a whole lot of variety. You have one song that plays for the entirety of the level select screen and while completing a puzzle. Although fitting the game aesthetic, it gets repetitive in no time at all and I would have liked to see more variety.

Having wanted to give this game a shot before, it definitely felt like a let-down. There just overall wasn’t enough variety in terms of gameplay, soundtrack, and features that would have kept me hooked. Are you a fan of completing puzzles in real life? Then definitely stick to those as you’ll probably find much more enjoyment!

Although many puzzle fans might be thinking about picking this game up, I would not recommend it. Even with the small price tag the game felt rather bland and would have done a lot better if it had more variety. Simple features such as a hint system, the ability to rotate pieces, and the ability to buy additional puzzles would have been welcomed. Additional background music would have been welcomed as well as the one that did play, got repetitive quite fast. The only plus side to this game would have to be the beautiful picturesque animated puzzles once done, and the 1-4 player split Joy-Con multiplayer.