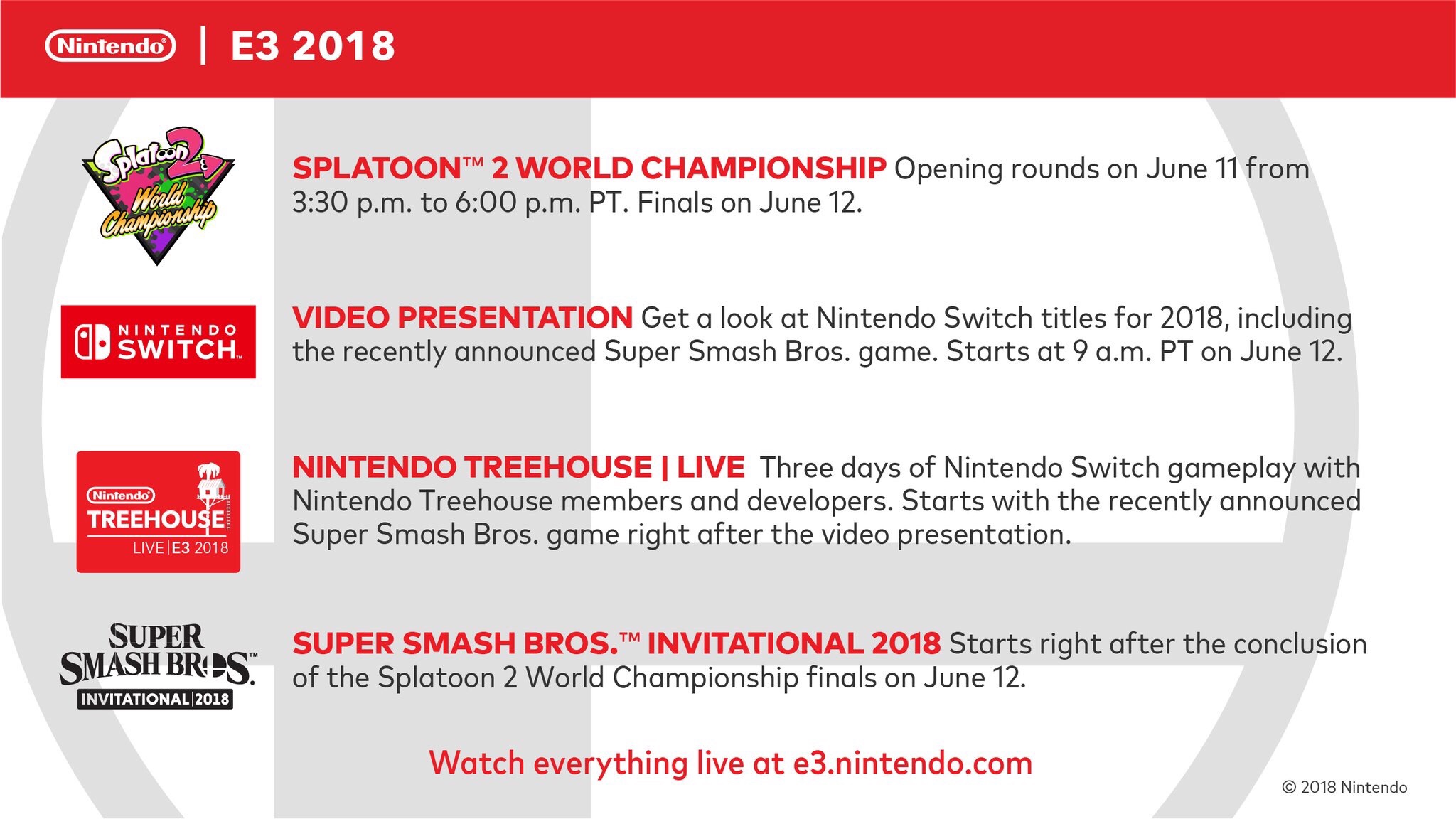 Nintendo has started their financial briefing with investors tonight and have announced their E3 2018 plans! Nintendo will have the usual Nintendo Spotlight/treehouse segments alongside various game tournaments each day.