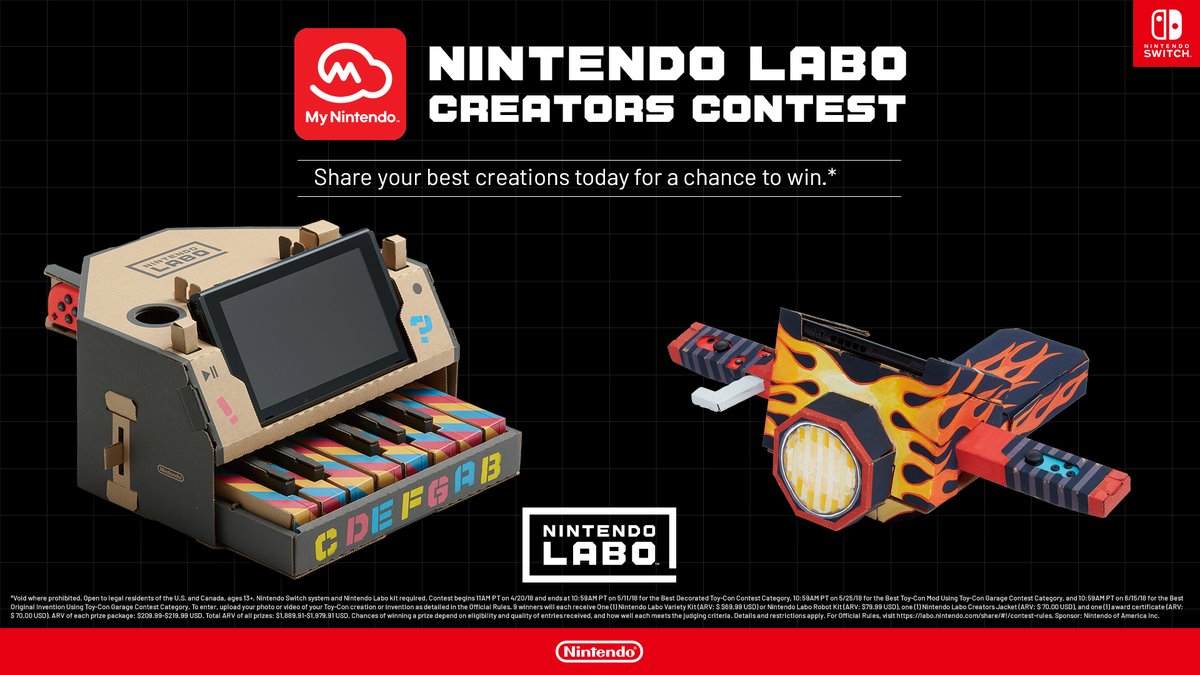 The Nintendo Labo has been out for only three days, but Nintendo is already looking for the brightest and best creations out there. On an official Tweet from the Nintendo of America Twitter account, Nintendo is offering prizes for your best ideas:

Submit your unique #NintendoLabo creations for a chance to win prizes! Learn more about the sweepstakes and guidelines here: https://t.co/ndJsSMkZta pic.twitter.com/4N6RJ7WfbS

Submit your unique #NintendoLabo creations for a chance to win prizes! Learn more about the sweepstakes and guidelines here: bit.ly/2HkDXi5

People have been coming up with unique and clever ideas for Labo already, most of them shown on Twitter, but it seems like Nintendo might be looking to continue to add to their future offerings.